Forty-eight hours after its launch, The Bible in a Year (with Fr. Mike Schmitz) became the #1 show on Apple Podcasts. The show now boasts over 1.3 million downloads. The producer explains the podcast’s popularity: “People are hungry for God, and we’re honored to help them encounter God’s word through a daily podcast, especially as so many of us continue to be cut off from our parishes, communities, and loved ones during these difficult days.”

“People are hungry for God” because, as the Westminster Shorter Catechism states, “Man’s chief end is to glorify God and to enjoy Him forever.” However, the catechism adds that “all mankind by their fall lost communion with God.”

The news demonstrates every day that we still live in a fallen world. For instance:

Other stories are more troubling, such as the death by suicide of Kent Taylor, the founder and CEO of the Texas Roadhouse restaurant chain. His family said that he had been dealing with symptoms related to COVID-19 and that “the suffering that greatly intensified in recent days became unbearable.” And of course, the shootings in Georgia and Colorado continue to make headlines as we grieve for those who died and those who knew and loved them.

Desmond Tutu noted, “Hope is being able to see that there is light despite all of the darkness.” The question, of course, is where to find such light. In this context, a fascinating article by John Doherty of The Witherspoon Institute caught my eye recently.

He notes that ancient Gnosticism (from the Greek gnosis, meaning “knowledge”) claimed that living by right reason is the path to salvation. Doherty believes that many contemporary secularists follow a “new variant” of this approach by seeking to ground human reality entirely upon knowledge found only in human intelligence. Machiavelli, the “founder of modern political thought,” built on this approach by positing a public life built on justice.

The problem, however, is that humans are incapable of attaining true knowledge or justice apart from divine grace.

Doherty notes that when recent generations of secular society began to abandon the Judeo-Christian worldview upon which Western culture was built, “the results were disastrous.” Society expected from public institutions those services that Christians and churches had provided, such as schools, hospitals, and businesses. To replace them, “nations set up lumbering social-service bureaucracies and socialist states, animated not by the wisdom of mercy, but by paid labor, law, and an increasingly inhuman secularism.”

However, “when these failed to meet expectations, citizens demanded still more government interventions. Their logical outcomes were the totalitarian regimes of the twentieth century and today’s state-sponsored promotion of [secularist] ideologies.”

Doherty concludes: “We need to live better—to put ourselves in order, cooperating freely with our Creator. No one else can do it for us. The state can help, but only in a secondary role. The more honest and humane we are in business, family relations, and civic life, the less we need the state to police us, the more freedom we gain to develop our potential, and the wiser we become to craft laws and institutions that serve human dignity and the common good. The external order of society begins in the internal order of each individual person.”

More committed to Christianity than to Christ?

How, then, are we to develop this “internal order”? This question brings me to the point of today’s Daily Article.

As we proceed toward Good Friday and Easter Sunday, it has become clear to me that many of us are living in the former more than the latter. After nearly forty years as a pastor and nearly fifty years as a Christian, I must confess that I and many Christians I know can be more committed to Christianity than to Christ. We confuse time with Christians with time with Christ.

We asked Jesus to forgive our sins and give us eternal life; now we are doing what our religion requires in response: going to church (mainly online during the pandemic), reading the Bible, praying, giving money and time, and trying to live moral lives. But we all too often do all of this in our strength rather than that of the risen Lord Jesus. We separate Sunday from Monday and religion from the “real world.” It is as though Jesus were still in the tomb rather than alive in our lives and our world.

Part of the explanation lies in our Greco-Roman cultural heritage and its transactional religions (place a sacrifice on the altar so the god will bless your crops). But part of the issue is our fallen nature and desire to be our own God (Genesis 3:5). If we meet the risen Jesus every day, he may change us into something we don’t want to become. He may send us somewhere we don’t want to go. He asked Abraham to follow his call “not knowing where he was going” and may ask the same of us (Hebrews 11:8).

However, as Pastor Greg Laurie noted, “God’s plans for you are better than any plans you have for yourself.” Corrie ten Boom testified: “The safest place to be is in the center of God’s will.”

“A living Christ does everything for me”

If you are seeking wisdom today, I encourage you to go to the risen Christ, for his wisdom is even “greater than Solomon,” the wisest human who ever lived (Matthew 12:42; 1 Kings 4:31).

If you are seeking forgiveness, I encourage you to go to the risen Christ, for he alone can give us “redemption through his blood, the forgiveness of our trespasses, according to the riches of his grace” (Ephesians 1:7).

If you are seeking strength today, I encourage you to go to the risen Christ, for he alone can empower you to “do all things” (Philippians 4:13).

If you are seeking peace, I encourage you to go to the risen Christ, for then “the peace of God, which surpasses all understanding, will guard your hearts and your minds in Christ Jesus” (Philippians 4:7).

Which is true for you today? 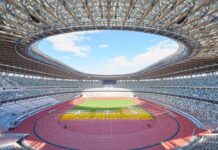 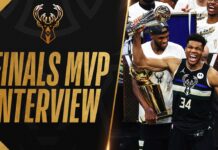