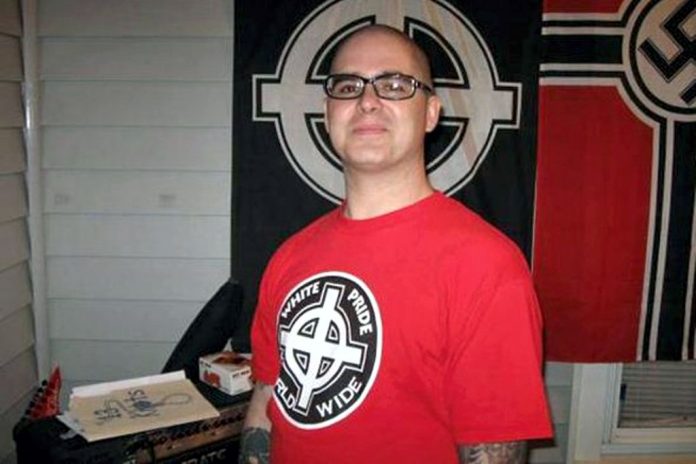 The shooting tragedy by Wade Michael Page at a Sikh temple in Wisconsin was called “An Act of Christian Terrorism” by Mark Juergensmeyer, professor of sociology and director of global and international studies at the University of California, Santa Barbara. Many are now looking at what constitutes “Christian Terrorism”, but to answer this question we must first look at what constitutes a “Christian”.

Gallup reports that “more than three-quarters (78%) of Americans identify themselves as Christian.

When one “identifies” with Christianity, does this make them a Christian?

According to the Apostle Paul in 1 Corinthians 15: 1-8, Christians believe some very specific doctrine about Jesus Christ:

“Now, brothers, I want to remind you of the gospel I preached to you, which you received and on which you have taken your stand. By this gospel you are saved, if you hold firmly to the word I preached to you. Otherwise, you have believed in vain. For what I received I passed on to you as of first importance: that Christ died for our sins according to the Scriptures, that he was buried, that he was raised on the third day according to the Scriptures, and that he appeared to Peter, and then to the Twelve. After that, he appeared to more than five hundred of the brothers at the same time, most of whom are still living, though some have fallen asleep. Then he appeared to James, then to all the apostles, and last of all he appeared to me also, as to one abnormally born.

So, to be a “Christian” one must have very specific beliefs about the life, death and resurrection of Jesus Christ.

In Matthew 7:21-23 Jesus says, “Not everyone who says to me, ‘Lord, Lord,’ will enter the kingdom of heaven, but only he who does the will of my Father who is in heaven. Many will say to me on that day, ‘Lord, Lord, did we not prophesy in your name, and in your name drive out demons and perform many miracles?’ Then I will tell them plainly, ‘I never knew you. Away from me, you evildoers!

So, to be a “Christian” one must determine that they want to do the “Will” of God in their lives.

Mark 12:28-31 says that “One of the teachers of the law came and heard them debating. Noticing that Jesus had given them a good answer, he asked him, “Of all the commandments, which is the most important?”

Matthew 5: 43-48 says “You have heard that it was said, ‘Love your neighbor and hate your enemy.’ But I tell you, love your enemies and pray for those who persecute you, that you may be children of your Father in heaven. He causes his sun to rise on the evil and the good, and sends rain on the righteous and the unrighteous. If you love those who love you, what reward will you get? Are not even the tax collectors doing that? And if you greet only your own people, what are you doing more than others? Do not even pagans do that? Be perfect, therefore, as your heavenly Father is perfect.

So Christians believe that Jesus died and rose again, they believe in One God, not many gods, and they must love God with all their minds and strength and they are to love their neighbor as themselves. They also believe God is perfect. “Be perfect, therefore, as your heavenly Father is perfect”.

Hebrews 4:15 also acknowledges that Christ was sinless, “For we do not have a high priest who is unable to empathize with our weaknesses, but we have one who has been tempted in every way, just as we are —yet he did not sin.”

So Christians believe Christ did not sin.

Romans 3: 23 tells us, “for all have sinned and fall short of the glory of God, and all are justified freely by his grace through the redemption that came by Christ Jesus”.

So Christians believe that man is sinful.

This returns us to 1 Corinthians 15: 3 where Paul says, “For what I received I passed on to you as of first importance: that Christ died for our sins according to the Scriptures.”

So Christians believe that justice is served when they accept what the sinless Christ did for them on the cross, paying the ultimate price for their sins.

Romans 3:22-24 says, “This righteousness is given through faith in Jesus Christ to all who believe. There is no difference between Jew and Gentile, for all have sinned and fall short of the glory of God, and all are justified freely by His grace through the redemption that came by Christ Jesus.

2 Corinthians 5:17 says, “Therefore if anyone is in Christ, he is a new creature; the old things passed away; behold, new things have come.”

After looking at what it means to be a Christian, it would be impossible to have a “Christian” Terrorist.  There will be terrorist who get called “Christian”, but when they meet their Maker, He will tell them plainly, “I never knew you. Away from me, you evildoers!”