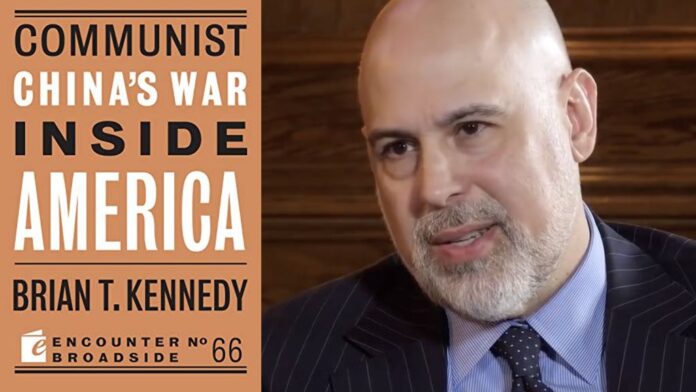 The People’s Republic of China and the United States are today at war. It is being fought with the use of information, politics and finance. The Chinese believe that, as in all war, it would be better to win without engaging the enemy on the battlefield or having to resort to the likes of nuclear weapons if it can be avoided.

To achieve this, China has engaged in a decades-long campaign to manipulate and corrupt America’s ruling elite. This Broadside describes the degree to which Chinese influence has penetrated American society and what will be required to prevent Communist China from winning the struggle in which we find ourselves today.

Brian T. Kennedy is president of the American Strategy Group, chairman of the Committee on the Present Danger: China, and a board member and senior fellow of the Claremont Institute, where he served as president from 2002 to 2015.