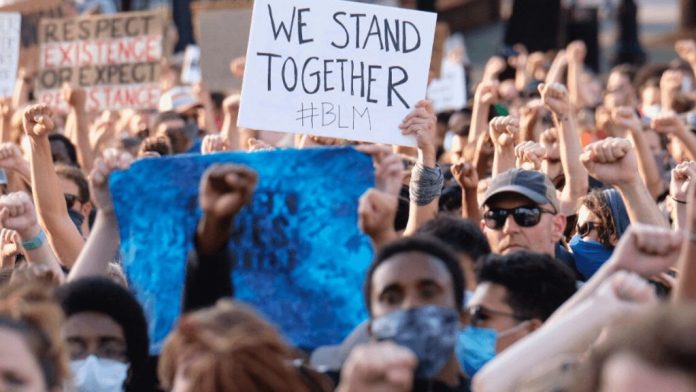 Saks Fifth Avenue surrounded its flagship Manhattan store with razor wire yesterday to keep thieves from stealing expensive merchandise. While protests across the US were more peaceful last night, the Associated Press announced this morning that at least 9,300 people have been arrested since George Floyd’s death.

Yesterday, I made the claim that violence is not the right response to violence. I’ve seen two counter arguments we didn’t have space to consider in my article.

What George Washington thought of the Boston Tea Party

One is that violent protests are “as American as the Boston Tea Party.” New York Times columnist Charles Blow tweeted: “It is estimated that the Boston Tea Party, the riot that gave birth to this country, resulted in $1.7 million dollars (in today’s dollars) in property damage (tea). I’m just going to leave this right here for whoever needs to read it.”

I’m not certain the Boston Tea Party was a riot (it was conducted by men in disguise under cover of darkness) or that it “gave birth to this country” (our origins are far more complex). George Washington voiced strong disapproval of the perpetrators’ “conduct in destroying the tea”; Benjamin Franklin insisted that the British be reimbursed for the lost tea and even offered to pay for it himself.

Columnist Joshua Lawson noted: “Though many witnessed the event’s aftermath, it was a moonlit, covert act completed in three hours. No harm came to the ships and crews . . . No violence or confrontations of any kind took place between the British soldiers, colonial patriots, or Tory loyalists that night.”

No violence or confrontations of any kind took place between the British soldiers, colonial patriots, or Tory loyalists that night.”
~ Joshua Lawson

Except for the tea, the only property that was damaged was a single broken padlock on one of the ships, which was replaced the next day by the patriots. The sole injury was to one of the patriots, who was knocked unconscious when he was struck by a crate of tea.

To make the Boston Tea Party analogous to the violence perpetrated after George Floyd’s horrific death, the patriots would have destroyed the property of their countrymen, threatened members of other militia companies, rioted in the streets of Boston, and burned down the homes and businesses of their neighbors. None of which happened, of course.

Who (or what) did Jesus drive from the temple?

Another justification for the violence of these days is a meme picturing Jesus turning over tables in the temple while using a whip to threaten the moneychangers. The caption says: “If someone asks, ‘What would Jesus do?’ Remind them that turning over tables and breaking out whips is a possibility.”

However, as Nathan W. O’Halloran notes, the Greek of John 2:15 clearly states that Jesus used his whip to drive the animals from the temple, not the moneychangers. At no point did he endanger or harm humans.

To make this event analogous to the violence we’re discussing, our Lord would have harmed innocent bystanders, destroyed their property, and burned down their homes and businesses. None of which happened, of course. To the contrary, Jesus acted on behalf of people very much like those being victimized by the violence of recent days.

“Be constructive, not destructive”

If violence is the wrong way to respond to Mr. Floyd’s death, what is the right way?

John Lewis, an icon of the Civil Rights movement, stated a few days ago: “Rioting, looting, and burning is not the way. Organize. Demonstrate. Sit-in. Stand up. Vote. Be constructive, not destructive. History has proved time and again that non-violent, peaceful protest is the way to achieve the justice and equality that we all deserve.”

Be constructive, not destructive. History has proved time and again that non-violent, peaceful protest is the way to achieve the justice and equality that we all deserve.”
~ Rep. John Lewis

This week, we’re applying Jesus’ teachings to this crisis. Today, let’s focus on our Lord’s instructions in light of Rep. Lewis’s call to “be constructive, not destructive.”

First, taking his precepts in reverse order, we must be sure we are not part of the problem.

Jesus taught us, “If you are offering your gift at the altar and there remember that your brother has something against you, leave your gift there before the altar and go. First be reconciled to your brother, and then come and offer your gift” (Matthew 5:23–24).

Second, we should find ways to be part of the solution.

Jesus commissioned us to “make disciples of all nations” (Matthew 28:19); the Greek word for “nations” is ethnos, from which we get “ethnicities.” In response, early Christians welcomed Jews from fifteen different language groups (Acts 2:9–11), then shared Christ with Samaritans (Acts 8:5–8), Gentiles (Acts 10:34–43), slaves (Philemon 10), and women (Acts 16:13–15), thus breaking down every cultural barrier in their day.

You and I cannot do all that must be done to combat racism and injustice in our culture. But we can do something. We each have been given resources, abilities, spiritual gifts, and influence that can make a real difference in other lives and our society. We must not allow the enormity of the crisis to keep us from doing what we can in response.

“God’s ultimate purpose” for your life

To follow Jesus’ teachings, we need to be like Jesus. We need his love for all people and his bold initiative to make a difference.

Oswald Chambers advised us: “Never trust anything but the grace of God in yourself or in anyone else.” How can we grow in such grace?

Chambers: “God expects my personal life to be a ‘Bethlehem.’ Am I allowing my natural life to be slowly transfigured by the indwelling life of the Son of God? God’s ultimate purpose is that his Son might be manifest in my mortal flesh.”

Will you ask Jesus to manifest himself in your courageous compassion today?

God ultimate purpose is that his Son might be manifest in my mortal flesh.
~ Oswald Chambers 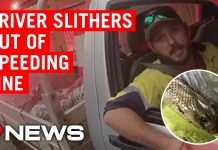 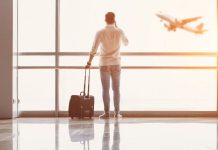 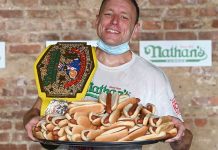