When President Obama won the 2009 Nobel Peace Prize, that meant there were 205 nominees for the award who didn’t. One of them was James Garrow of the Bethune Institute.

Let history decide who was most deserving. Obama was elected president on a platform of hope and change. James Garrow spent $23 million over 10 years rescuing an estimated 31,000 Chinese baby girls from near-certain death under China’s one-child-per-couple policy.

Not only was the work difficult and costly, it could also be deadly. In 2004, two of Garrow’s employees were killed outside Harbin, China, in a skirmish with baby-stealers, mercenaries who kidnap and sell babies to foreign couples and adoption services.

“They got in the way,” says James Garrow grimly. “And there’s a lot of that in China, particularly out in the hinterlands.”

Still, the murders didn’t lessen his resolve to continue what had inadvertently become his life’s work.

As Garrow tells it, he entered the baby-rescue business by accident. A Canadian, he was making good money in Chongqing, China, as founder and executive director of the Bethune Institute’s popular Pink Pagoda schools, private English-immersion schools for children of the Chinese elite. At the time he ran 168 schools with nearly 6,300 employees.

One day he found his assistant weeping at the office. She had just learned that her sister’s husband was insisting that they smother their newborn daughter in order to make way for a son. James Garrow was devastated.

He promised his assistant they would save her sister’s baby, no matter what the cost. By pulling some strings, he was able to place the infant in an adoption agency. That was in the year 2000.

“I kind of fell into it,” said Garrow, who divided his time between China and Ontario, Canada. “Next thing you know, we had people calling us, contacting us, wanting our help with saving more babies. How do you say no?”

By 2010, James Garrow had devoted an entire separate staff to what’ s known as the Pink Pagoda campaign. He made it clear that he was not running an adoption agency; rather, he facilitated adoptions, first by spreading the word to Chinese families, particularly those in remote villages, that their babies are wanted by couples all over the world.

His staff intervened by transporting couples to central locations where they could turn over their babies to government-run adoption agencies. The process wasn’t as straightforward as it sounds: Giving up babies for adoption was officially illegal in China, and spiriting a baby into an agency often required knowing–and paying off–the right people.

Sometimes Chinese couples unable to have children of their own would volunteer to take in a baby girl. Other times, the relatives of an unwanted infant were willing to care of her, but unable to afford it. In both case, the Pink Pagoda campaign covered their costs for the first year.

“We’re doing this to be helpful, but with 136 employees doing nothing but that, we’re like the military,” he says. “We’re a well-oiled machine.”

James Garrow also become an increasingly vocal critic of China’s one-child policy. By 2010, an estimated 23 million girls had been “lost” since the rule was introduced in 1979.

“We’ve tried to help stop the war against China’s daughters. Because that’s what this is: a war. A genocide,” said Garrow. “The Holocaust killed six million Jews — we’re talking about 23 million babies. The unintended consequence is that you now have 23 million men without hope for a wife and a family.”

James Garrow was in a unique position which allowed him to speak frankly due to his relationships with top Chinese leaders, many of whose children attend his schools. There’s more opposition to the one-child policy among China’s elite than many people realize, James Garrow said. He was nominated for the Nobel Peace Prize by a Chinese university president.

Part of James Garrow’s access to Chinese society was attributed to his canny decision to name the institute after Norman Bethune. A Canadian thoracic specialist, medical inventor and card-carrying Communist, Dr. Bethune led a medical team to China in 1937 at the behest of the Communist Party of Canada during the Second Sino-Japanese War. Dr. Bethune’s work on the battlefield was so revered that, after his death in 1939, he became one of the few foreigners to have statutes of himself erected in China.

James Garrow wasn’t exactly a political disciple of Bethune’s — he describes himself as “a right-wing Christian all the way”– but the institute has benefited from its association with the doctor, who remains an iconic figure in China.

“It’s called being smart. It’s called getting doors to open instead of close,” he says.

Winning the Nobel Peace Prize, he said, would have given him an international platform  “challenge the Chinese to face up to what they’ve done.” It also would have meant the end of the Pink Pagoda campaign, at least in the short term. Still, he says, it would have been worth it.

One thing about the Nobel Peace Prize: They give out a new one every year. It’s hard to picture the Nobel committee bestowing the award on a self-professed conservative Christian and critic of Chinese social policy, but stranger things have happened. Nobody saw the Obama award coming, either.

The Pink Pagoda: One Man’s Quest to End Gendercide in China

In The Pink Pagoda, Dr. James Garrow tells two stories: his personal involvement in helping rescue more than 36,000 Chinese baby girls from death, and the tragic story of a widely used and malicious cultural practice that crosses borders and spans centuries. Transitioning from reluctant participant in an off-the-books adoption program to a visible champion for the rights of these babies whose parents wished to “set them aside,” Garrow’s story parallels our own. Most Westerners are only vaguely aware of the extent to which China’s one-baby-per-household restriction has played out in that country and around the world and what they can do to stop it.

Dr. James Garrow is the founder and executive director of the Bethune Institute’s Pink Pagoda schools, private English-immersion schools for Chinese children. Today he runs 168 schools with nearly 6,300 employees. Garrow has spent over $25 million over the past sixteen years rescuing an estimated 40,000 baby Chinese girls from near-certain death under China’s one-child-per-couple policy by facilitating international adoptions. 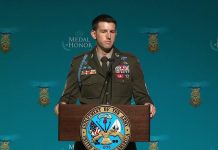 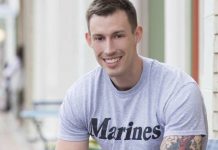 Johnny ‘Joey’ Jones: I marked my ‘Alive Day’ this week, 10 years after losing my legs, and want to share this

When Harry Became Sally: Responding to the Transgender Moment