Super Tuesday is the day when the most states hold contests to pick a presidential nominee, the most voters can go to the polls, and the most delegates are allotted to candidates. (For its history, go here.)

How Joe Biden won the day

Here’s what we know so far.

Joe Biden won nine states last night, seizing control of the Democratic presidential process. He scored a dramatic upset victory in Texas and surprising wins in Minnesota and Massachusetts and now leads the race with 453 delegates.

Bernie Sanders won California, Colorado, Utah, and his home state of Vermont. He is in second with 382 delegates.

Elizabeth Warren did not win a single state and now has fifty delegates. Michael Bloomberg managed to win American Samoa and now has forty-four delegates. Maine remains too close to call this morning.

Before yesterday, less than 5 percent of the delegates had been allotted. After Super Tuesday, 38 percent have been determined.

“Across Europe, this wall will fall”

Whatever your beliefs regarding President Trump or the Democrats seeking to replace him, it’s worth remembering that yesterday’s primaries gave nearly 130 million people a chance to participate in our democracy. They would constitute the tenth-largest nation on earth.

In Give Me Liberty: A History of America’s Exceptional Idea, Richard Brookhiser explores the history of liberty in the US through many of our most significant historic documents. Here are some of the lesser known:

The freedom for which President Reagan appealed was a freedom 130 million Americans had the right to exercise yesterday.

Such freedom is changing in our culture, however.

In the Old World, the majority submitted to the minority, specifically to the king and the ruling monarchical class. In the New World, as the documents above show, we sought to replace the rule of kings with the rule of the people.

Today, however, we are witnessing the rise of a new ruling class: the minority who insist on their rights so loudly that they are intimidating the majority.

When Sen. Amy Klobuchar returned to her home state of Minnesota Sunday night to speak, a group of protesters entered the room, took over the stage, and refused to leave. Their demonstration prompted her campaign to cancel the event.

The LGBTQ population of America is 4.5 percent today. However, the advocacy group GLAAD successfully persuaded networks to make LGBTQ characters on prime-time broadcast TV exceed 10 percent of the total. They now want 20 percent representation by 2025.

According to the Knight Foundation, college students consider (by percentage) these activities to be appropriate: protesting speakers (92 percent), disrupting campus operations (86 percent), and shouting down speakers or otherwise preventing them from speaking (51 percent). “Canceling” someone is the increasingly popular response to political incorrectness by attempting to end the person’s career through boycotts or calls for their firing.

There was a day when the Moral Majority made news. Now it’s the Vocal Minority.

How to prove our love and faith

Super Tuesday was an expression of participatory democracy in which every vote counts as much as every other vote. Such egalitarian inclusion for those who defend biblical morality is declining rapidly.

This is nothing new for followers of Jesus. We are the most persecuted religion in the world. In fact, 80 percent of persecuted believers around the world are Christians.

From the trial of Peter and the apostles (Acts 4:3) to the stoning of Stephen (Acts 7:58), the “great persecution against the church in Jerusalem” (Acts 8:1), and the beheading of James (Acts 12:2), Jesus’ followers have always faced the same opposition as did our Lord (John 15:18).

Our response, like that of Jesus, must be to pray for those who persecute us (Matthew 5:44; Luke 23:34) and love those who do not love us (Luke 6:27). In fact, we prove our love by the degree to which it is not returned and our faith by its cost.

How will you demonstrate your love and faith today? 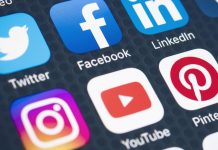 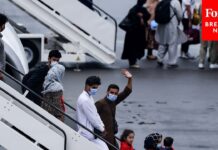 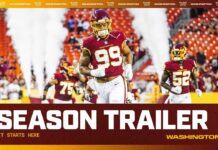