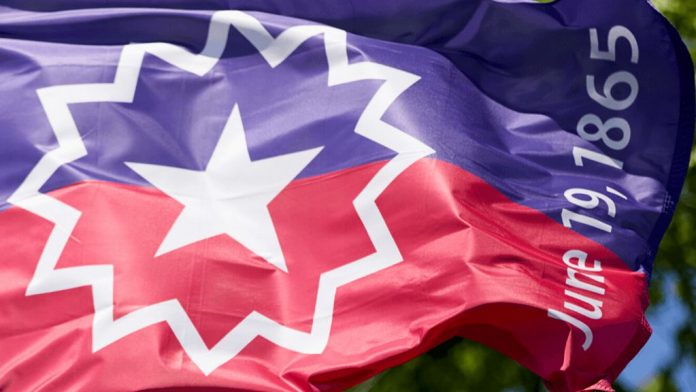 Today has been called “our country’s second independence day,” and for good reason.

On what is now called Juneteenth, this day in 1865, US Maj. Gen. Gordon Granger arrived in Galveston, Texas, where he announced that the Civil War was over and that the 250,000 slaves of Texas were free. Even though President Abraham Lincoln’s Emancipation Proclamation had been signed two years earlier, the lack of Union soldiers in the Confederate state of Texas meant the proclamation was not enforced until Granger arrived.

Today, Juneteenth parades, concerts, cookouts, and other events will be held across the country. Every state except Hawaii, North Dakota, and South Dakota currently recognizes Juneteenth as a state holiday or day of observance.

Racial justice and the sanctity of life

Juneteenth should not only be a secular holiday—it should be a spiritual holiday as well.

As an evangelical Christian, I am deeply committed to a doctrine we call the “sanctity of life”—the belief that life is sacred from conception to natural death. This doctrine is often invoked with regard to abortion, the tragic killing of unborn children. In recent years, it has also been applied to the escalating practice of euthanasia.

But it also applies to the sin of racism. And just as with abortion and euthanasia, this cause is worthy of our best, enduring commitment.

In responding to nationwide calls for racial justice, this week we have been discussing Benjamin Watson’s claim that we need awareness, advocacy, and action. We’ll close with his third imperative as God’s invitation to us today.

God’s word calls us to three kinds of action in response to racial injustice in our culture.

As in every other direction of our lives, our Lord has a will for us in the context of cultural engagement and racial justice.

Paul promised that we could “discern what is the will of God, what is good and acceptable and perfect” (Romans 12:2b). But first, each of us must “present your bodies as a living sacrifice, holy and acceptable to God, which is your spiritual worship” (v. 1). We must surrender our lives every day to our Lord, submitting to the control of his Spirit (Ephesians 5:18).

The second command follows the first: “Do not be conformed to this world, but be transformed by the renewal of your mind” (v. 2a). We are to refuse the world’s mold, asking the Spirit to transform us as we read God’s word and spend time in prayer and worship. Then, we will be able to know and follow God’s “perfect” will for our lives and service.

Have you asked God to show you what practical steps he intends you to take in the context of racial justice? Are there relationships he wants you to begin or strengthen? Are there ways you can make practical changes where you work or worship? (For more, please see Jemar Tisby’s insightful interview on our website and our archive of resources on racism.)

There is much we can do without the support and collaboration of others. Peter demonstrated this fact when he shared Christ with Cornelius the Gentile and then defended the extension of the gospel across racial boundaries (Acts 10–11).

But there is much we cannot do without the support and collaboration of others. Paul demonstrated this fact when he built and encouraged teams with whom he took Christ to the Gentile world (cf. Acts 13:2–3; 15:40; Romans 16:1–16).

The Book of Common Prayer recently offered this intercession: “O God the Father of our Lord Jesus Christ, our only Savior, the Prince of Peace: Give us grace seriously to lay to heart the great dangers we are in by our unhappy divisions; take away all hatred and prejudice, and whatever else may hinder us from godly union and concord; that, as there is but one Body and one Spirit, one hope of our calling, one Lord, one Faith, one Baptism, one God and Father of us all, so we may be all of one heart and of one soul, united in one holy bond of truth and peace, of faith and charity, and may with one mind and one mouth glorify you; through Jesus Christ our Lord. Amen.”

Take away all hatred and prejudice, and whatever else may hinder us from godly union and concord.
~ The Book of Common Prayer

Three: Look for ways to embody justice and grace

Now he calls us to emulate his inclusive love.

The fifth anniversary of the Charleston church shooting was this week. In response, the Washington Post published a moving profile of Anthony Thompson, whose wife was one of the nine church members murdered by Dylann Roof.

In fact, his wife, Myra Quarles-Singleton Thompson, led the Bible study that evening. Anthony still has her blood-spattered notes and Bible. In response to her death, he has focused across the last five years on racial reconciliation.

He chose to forgive Roof, which, as he explains, does not mean he dismisses, condones, or excuses his wife’s murder. Rather, he says, “I knew the kind of life I would live if I chose not to forgive. I would be forever locked into victimhood, a damaged slave to the evil deed of a depraved killer, destroyed and unable to escape his firm, malevolent grasp.” He wrote a book titled Called to Forgive and is spending his life helping Americans find reconciliation in Christ.

The night she was killed, Anthony Thompson’s wife taught on Mark 4 and Jesus’ parable of the sower. The seed of her life and faith will bear harvest until Jesus returns.

Where will you sow the seed of God’s love today? 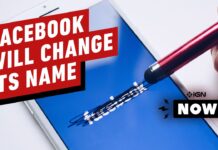 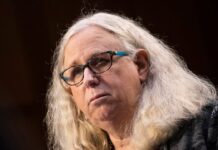 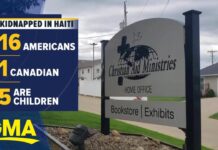