Lightning struck the Statue of Liberty Wednesday night, but she withstood the storm and still stands tall this morning.

I remember vividly my first visit to America’s shining symbol of freedom. I thought of the millions of men, women, and children for whom she was their first impression of our nation. They came to America because of a promise based on the Judeo-Christian worldview that values every life as created in God’s image.

The Declaration of Independence claimed it to be “self-evident” that “all men are created equal,” but Thomas Jefferson could write these words only because he lived in a culture infused with the biblical commitment to the sanctity and equality of life. As John Adams stated, “Our Constitution was made only for a moral and religious people.”

Sadly, such values are no longer “self-evident” today. It’s as though the liberty proclaimed by our founders has become the liberty to reject and “cancel” the values upon which it is based.

Where is this leading us?

Candace Cameron Bure is known for her work on Full House, Fuller House, and twenty-four Hallmark movies (and counting). A committed Christian, she said recently, “The Bible to me is truth. I live by faith in everything, in everything that I do, and every aspect of my life.”

Unfortunately, the Hallmark Channel does not share her biblical commitments.

The Bible to me is truth. I live by faith in everything, in everything that I do, and every aspect of my life.
~ Candace Cameron Bure

Last December, the channel removed an ad featuring two brides kissing, but gay rights advocates staged a cancel culture campaign with the hashtag #BoycottHallmarkChannel, and the company reversed its position.

Now it has announced that it will feature in the coming months “LGBTQ storylines, characters, and actors.” (For more on cancel culture, please read my latest website paper here.)

Can you be good without God?

I wrote earlier this week about the decision by Somerville, Massachusetts, to legally recognize polyamorous “families.” With a median income of $91,168, Somerville is 50 percent wealthier than Boston and significantly wealthier than Massachusetts, which is the fourth-wealthiest state in the US. I make that point to pivot to this one: the wealthier people are, the less they reportedly think they need God to be moral.

A study released this week by the Pew Research Center surveyed 38,426 people in 34 countries last year. Overall, only 45 percent agreed that “belief in God is necessary in order to be moral and have good values.”

Here’s the finding for which the report is generating headlines: the higher a country’s GDP per capita, the less likely its people are to tie belief in God to morality.

Why liberty is “self-evident” to us

The takeaway seems simple: the wealthier people are, the less they believe religion is necessary for morality. But there’s a caveat that is vital to understanding America’s post-Christian culture.

The Pew survey did not distinguish between religions, which is a major problem with its logic. The poorer countries included in the research are almost all Muslim. In the Islamic worldview, Sharia law is how morality is defined and practiced. For Muslims, it is implausible that one could be moral but not be religious.

By contrast, the richer countries tended toward the Christian (or post-Christian) worldview. Our theology, unlike that of Islam, does not enforce a particular set of legal standards. Rather, it offers a relationship with God and a set of values empowered by this relationship.

If we live in a culture that has inherited these values, we experience a kind of “baked-in” cultural morality. As Thomas Jefferson wrote, such values are “self-evident” to us. Even if we no longer ascribe to the worldview that fostered these values, we can still live in the morality it produced.

The question we each must answer

There’s a second aspect to this story as well: the parts of biblical morality that are easy to affirm are the parts our culture still affirms. God’s unconditional love for us and our call to love each other in the same way is an example.

But the parts that challenge our fallen, sinful nature are the parts we have jettisoned. God’s requirement that we reserve sex for marriage between a man and a woman is an example.

We can claim to be “moral” without religion, but we mean the morality we define in our postmodern, relativistic way. To live by the biblical values that challenge our sin nature, we need the God whose word teaches these values.

To live by the biblical values that challenge our sin nature, we need the God whose word teaches these values.
~ Dr. Jim Denison

Here is Jesus’ invitation: “Abide in me, and I in you. As the branch cannot bear fruit by itself, unless it abides in the vine, neither can you, unless you abide in me” (John 15:4). We “abide” in Jesus by connecting to his life-giving power in prayer, Bible study, worship, and submission to his Spirit (Ephesians 5:18).

Then, when lightning strikes, we can stand tall in the liberty that is ours in Christ.

Would Jesus say you are abiding in him today? 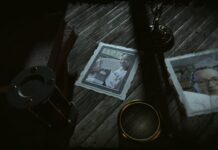 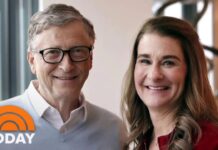 What Bill and Melinda Gates’ divorce could mean to the world: How to strengthen our marriages and our witness 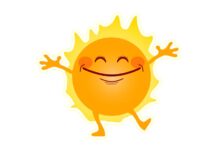 Americans are more optimistic than we have been in fifteen years: The danger of “untethered sympathy” and the power of God’s love

Arizona Senate Tells US Officials Plan To Canvass Voters Is on...