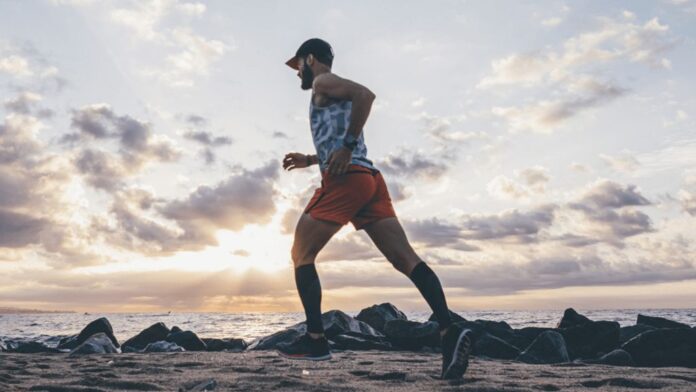 Don Muchow recently ran from Disneyland in Southern California to Walt Disney World in Orlando, Florida—a trip of more than two thousand five hundred miles. He completed his cross-country trek to bring awareness to Type 1 diabetes, a disease with which he has been living since 1972.

Eight years ago, Heather Abbott was standing near the finish line at the Boston Marathon when two bombs exploded. Four days later, her left leg was amputated below the knee. She received a prosthesis for walking, but insurance would not cover additional prostheses for other activities. When she learned of this problem, she created the Heather Abbott Foundation, which has now raised more than $1 million and helped provide customized prosthetic devices to more than forty-two amputees across the US.

Queen Elizabeth II has announced that she will allow self-guided tours of the historic Buckingham Palace gardens for the first time in the palace’s history. Members of the public will be able to enjoy meadows “carpeted with primroses and bluebells . . . flowering camellia, magnolia and azalea shrubs and trees,” according to the press release.

A paradoxical point of redemption

There is good news to celebrate, but there is bad news to grieve as well.

Three people were shot and killed in Austin, Texas, yesterday. Three other people died in a shooting early yesterday morning in Wisconsin.

The global COVID-19 death toll passed three million on Saturday as cases surge worldwide. A couple was preparing to celebrate their fiftieth wedding anniversary when the husband was killed in the FedEx mass shooting last Thursday. And a grieving pastor and his wife are asking the public to help police catch whoever killed their daughter in a Birmingham, Alabama, park on Easter Sunday.

Both sides of the news provoke discouragement in me. I cannot run continents, raise millions of dollars for amputees, or offer historic gardens to the public. I cannot stop the pandemic, prevent shootings, or solve the murder in Birmingham.

Here’s the paradoxical point I would like us to consider today: God wants to redeem such discouragement for his highest glory and our greatest good.

This ministry exists to help people respond biblically and redemptively to our fallen culture. But such responses can feel like an exercise in frustration and futility. The moral trajectory of our society is clearly downward; our political divisions are deepening; street violence is threatening; Christian influence seems to be waning.

But when we recognize our inability to make a transforming difference in our broken world, that’s when we can be used by the One who can.

“When I am weak, then I am strong”

Today’s Daily Article was sparked by Br. Todd Blackham’s recent devotional for the Society of St. John the Evangelist in Boston: “The paradox, the crux of our faith, is God’s power being made perfect in weakness. When we can face the sober reality of our helplessness, our powerlessness over sin and separation from the source of life, that’s when Jesus can step in to lift us up.”

When Paul asked the Lord to remove his “thorn in the flesh,” God refused and instead told his apostle, “My grace is sufficient for you, for my power is made perfect in weakness” (2 Corinthians 12:9a). Paul responded, “Therefore I will boast all the more gladly of my weaknesses, so that the power of Christ may rest upon me” (v. 9b). He had learned the source of transforming strength: “When I am weak, then I am strong” (v. 10).

I believe the greatest challenge we face in engaging our fallen culture lies not in the culture but in ourselves. All that Jesus has ever done, he can still do. All of God there is, is in this moment. But he can do through us only what we allow him to do in us.

Self-reliance constricts the Holy Spirit. He can use fully those who depend fully on him. His best for us is far better than our best for ourselves.

Why God gives us discernment

The Battles of Lexington and Concord took place on this day in 1775. Eight Americans were killed at the Battle of Lexington: John Brown, Samuel Hadley, Caleb Harrington, Jonathan Harrington, Robert Munroe, Isaac Muzzey, Asahel Porter, and Jonas Parker. They died never knowing that their sacrifice would spark the American Revolution and change history.

The next time you encounter something in the news that discourages you, embrace that feeling. Don’t turn off the news or turn away in despair. Instead, name the hopelessness you feel and the inadequacy it incites in your spirit.

Now turn your weakness into a request for God’s strength. Ask him to give you words to pray and say, steps to take, compassion to offer.

Oswald Chambers reminded us that “God never gives us discernment so that we may criticize, but that we may intercede.” When we choose to pray and serve despite all opposition and discouragement, we experience the power of God in ways that will change our lives and our culture.

One of my great privileges as a pastor in Dallas was to develop very close friendships with two other pastors in our community. I was eating lunch with them one day when we began discussing the persecuted church around the world and the joy that believers experience when they suffer for Jesus.

Which is true for you today? 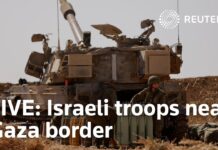 “This is something that is new, this is horrific, this is unbearable”: The latest on the conflict in Israel and four biblical responses 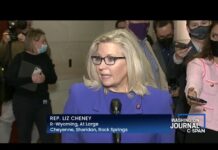 Liz Cheney removed by Republicans from leadership role: The “story behind the story” in politics, Israel, culture, and our souls 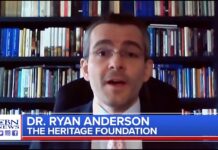