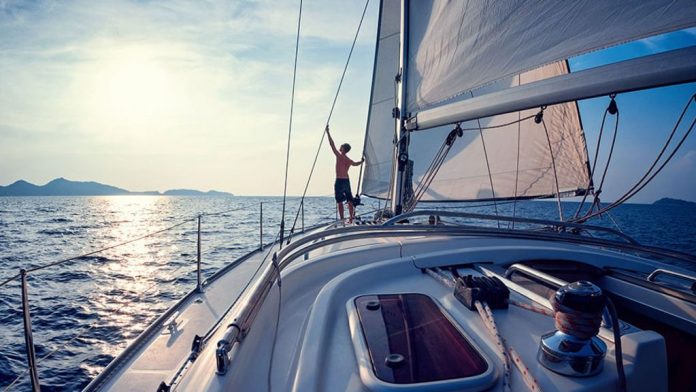 Bert terHart set sail from British Columbia last year in late October and spent 267 days sailing solo on a journey to circumnavigate the globe. He arrived back on July 18, where he was welcomed by family and friends. And where he was promptly thrust into the reality of life in a pandemic.

“In a nutshell, I’ve been sequestered completely, totally isolated from the rest of the world,” terHart said of his voyage. Astronauts on the International Space Station orbiting thirty-five miles above the earth were actually the closest humans to him for most of his journey.

He told a reporter, “When I got back, the first thing I said was, ‘What did I miss?’”

In my sixty-two years, these have easily been the most tumultuous nine months I have witnessed. In these difficult days, Rep. John Lewis’s commitment to “redemptive suffering” has taken on special meaning and urgency.

In a recent article, I stated my deep appreciation for Rep. Lewis’s courageous and sacrificial leadership in America’s ongoing quest for racial equality. However, I also noted my disagreement with him on moral issues such as same-sex marriage, religious liberty, and especially on abortion.

A reader responded to my article with this question: “Jim, I am struggling with how to balance how a man so Christlike in his courage to confront violence/racism nonviolently could arrive at these conclusions on issues that are so contrary to God’s word. Any comments would be appreciated.”

I did not have the privilege of knowing John Lewis personally, so I cannot answer this question from firsthand knowledge. But I can describe the reasoning of many who share our faith in Christ but agree with Rep. Lewis on these issues.

On abortion, I know Christians who claim that science cannot determine when life begins. As a result, they believe that decisions regarding the preborn baby are best left with the mother rather than being “imposed” by the state. (For my response, see my paper on abortion.)

On same-sex marriage, some Christians claim that the Bible does not forbid loving, monogamous same-sex sexual relations. They therefore view LGBTQ people as a persecuted minority in need of the same civil rights protections as racial minorities. (For my response, see my paper on same-sex marriage.)

On religious liberty, some Christians claim that our personal beliefs should not be used to “discriminate” (as they see it) against those whose sexual practices we find unbiblical. (For a recent article on religious freedom, go here.)

From “safe, legal, and rare” to #ShoutYourAbortion

Here’s my point: our culture, and even some Christians, see evangelical positions on preborn children, biblical marriage, and religious liberty as an attack on women and sexual minorities. While we believe abortion supporters and LGBTQ activists to be defending immoral positions, they believe the same of us.

There was a time when evangelical Christianity was associated with the high moral ground. Billy Graham was routinely listed among America’s most admired people.

But televangelist scandals in the 1980s rocked our credibility. Statements by well-known evangelical leaders (such as declarations that Hurricane Katrina was God’s judgment on homosexuals) have been widely criticized. White evangelicals have been aligned in the public mind with President Trump as though we agree with every position and tweet by the president.

Pro-abortion activists have moved from the claim that abortion should be “safe, legal, and rare” to Facebook livestreaming their abortions and engaging in #ShoutYourAbortion campaigns. LGBTQ activists have claimed the rhetorical high ground with their defense of “marriage equality.” I have married several interracial couples over the years; in the minds of many, I am bigoted by not doing the same for same-sex couples.

How should evangelicals respond?

Preparing for “when you are slandered”

Clearly, we are not to allow cultural opposition to silence our voice for Jesus. I’m sure you are familiar with Peter’s admonition, “always being prepared to make a defense to anyone who asks you for a reason for the hope that is in you” (1 Peter 3:15b).

“Always being prepared to make a defense to anyone who asks you for a reason for the hope that is in you.”
~ 1 Peter 3:15b.

However, the apostle preceded this directive with the injunction, “in your hearts honor Christ the Lord as holy” (v. 15a). And he followed it with the call to “do it with gentleness and respect, having a good conscience, so that, when you are slandered, those who revile your good behavior in Christ may be put to shame” (vv. 15c–16, my emphasis).

Note the “when.” It is inevitable that those who slander Jesus will slander his followers (cf. John 15:20). But our personal lives are to be so exemplary that those who try to shame us are “put to shame” themselves.

For example, we need to affirm women so unconditionally that our critics find it hard to claim that we are engaged in a “war on women.” We need to treat LGBTQ persons so compassionately that it is difficult to find us “homophobic.”

I am not suggesting that we must endorse all that a person does to love them as Jesus loves us. Or that we must be perfect before we make public our faith.

But I am stating that, just as people judge Islam by Muslims, people judge Christ by Christians. As a result, we must strive to be the people we want others to become. If we will seek God’s help every day (Romans 12:1–2; Ephesians 5:18) in manifesting the “fruit” of his Spirit (Galatians 5:22–23) and emulating his Son (Romans 8:29), he will empower us and use us to draw others to himself.

We must strive to be the people we want others to become. ~ Dr. Jim Denison

Daniel’s enemies said of him, “We shall not find any ground for complaint against this Daniel unless we find it in connection with the law of his God” (Daniel 6:5).

Will the same be said of you today?

We shall not find any ground for complaint against this Daniel unless we find it in connection with the law of his God.”
~ Daniel 6:5 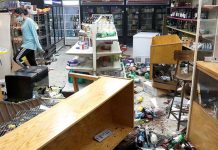 “Absolute chaos in downtown Chicago”: Why a “theology of exile” is empowering for Christians today 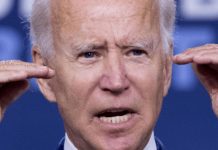 Who should Joe Biden nominate for VP? Three biblical commitments we owe his selection 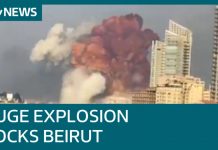