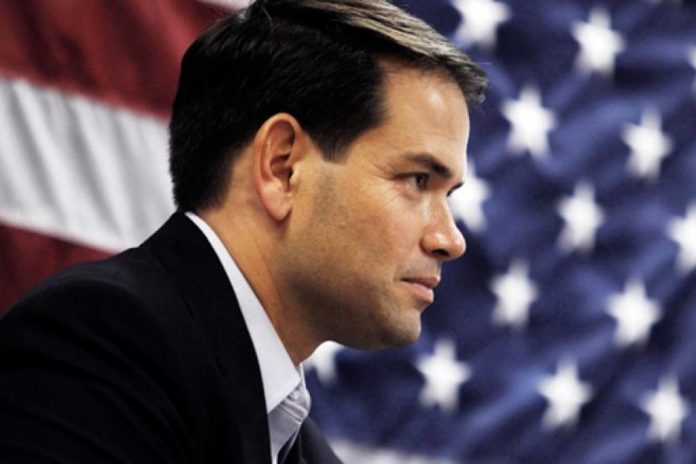 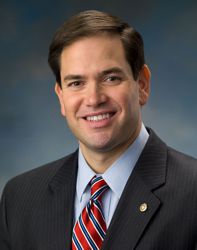 When Senator Marco Rubio launched his campaign for the U.S. Senate in 2009, he was considered a long shot and was predicted to lose big. Senator Rubio prevailed on a pledge to stand up to Washington’s reckless spending and its assault on the free enterprise system. Today, he is proud to represent Florida in the U.S. Senate where he’s working to fulfill his promise to restore fiscal discipline and give job creators more certainty and confidence to open new businesses or expand existing ones.

Senator Rubio’s faith in America’s promise was shaped early on by his parents who left Cuba in 1956 and, after Fidel Castro solidified his communist grip, were never able to return. In America, his father worked mostly as a bartender, while his mom worked different jobs through the years as a maid, cashier and retail clerk. He was born in Miami and spent his early years there, moved to Las Vegas for several years and eventually returned to Miami, where he lives today with his wife Jeanette and their four children. Earlier this year, Senator Rubio published his best-selling autobiography “An American Son,” a tribute to the American dream through the story of his grandfather and parents.

Senator Marco Rubio served in the Florida House of Representatives from 2000 to 2008 and was elected to the U.S. Senate in 2010. His committee assignments currently include Commerce, Science and Transportation; Foreign Relations; Intelligence; and Small Business and Entrepreneurship.

Since serving in the Senate, Senator Rubio has proudly been on the side of job creators and parents whose mission in life is to build a strong and prosperous America their children will be blessed to inherit. He supported efforts to “Cut-Cap-and-Balance” our budget; add a strong Balanced Budget Amendment to the Constitution; save Medicare; repeal ObamaCare; oppose short-sighted budget gimmicks and spending plans; and approve job-creating free trade agreements. He also opposed raising the debt ceiling in the absence of real measures to control our long-term spending problem and provide greater certainty to job creators.