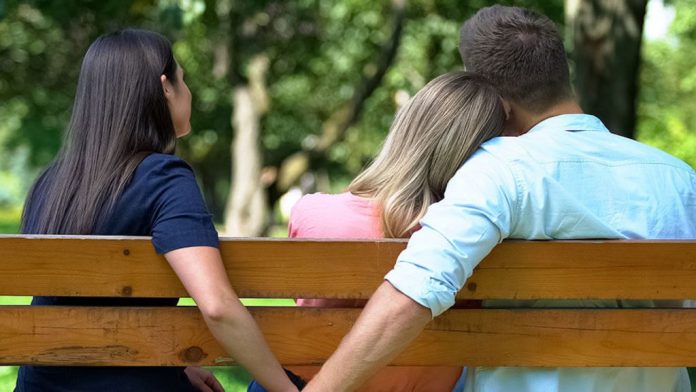 “A man shall leave his father and his mother and hold fast to his wife, and they shall become one flesh” (Genesis 2:24).

A town in Massachusetts may be the first in the nation to recognize polyamorous domestic partnerships.

Polyamory means “many loves” and stands for the growing movement to legitimize and legalize polygamy and other multi-partner “marriages.” An episode of HGTV’s popular show House Hunters featured a “throuple” (three-person “couple”) seeking a new home in Colorado. The American Psychological Association has created a “Consensual Non-Monogamy Task Force” to promote “awareness and inclusivity” about such relationships. A “Polyamory Group” has been formed at Princeton University.

On June 29, the city council of Somerville, a suburb northwest of Boston, unanimously passed an ordinance legally recognizing polyamorous relationships. The council member behind the change explained: “I’ve consistently felt that when society and government tries to define what is or is not a family, we’ve historically done a very poor job of doing so. It hasn’t gone well, and it’s not a business that government should be in.”

And yet apparently it is, at least in Somerville.

“The divine character of revealed truth”

J. I. Packer died Friday, July 17, at the age of ninety-three. Were it not for the death of Rep. John Lewis on the same day, I would have written yesterday’s Daily Article about this great theologian, professor, and author. In any list of the five most influential evangelical thinkers of my lifetime, he is certainly included. For many, he would head the list.

Packer is best known for his bestseller, Knowing God, which has sold more than one million copies since it was first released in 1973. As grateful as I am for this inspiring call to experience God and his attributes more intimately, another of Packer’s books has been even more significant for me.

Fundamentalism and the Word of God, first published in 1958, is Packer’s timeless case for the truthfulness and relevance of Scripture in every dimension of our lives and world. It was the first argument I encountered for the authority of God’s word and was formative for my faith and thinking.

Packer claimed that “Scripture conceives of the divine character of revealed truth as something which evidences itself to the sound mind as clearly as do light and color to the normal eye.” However, “man’s mental ‘eyes’ are blind through sin, and he can discern no part of God’s truth till the Spirit opens them.”

Scripture conceives of the divine character of revealed truth as something which evidences itself to the sound mind as clearly as do light and color to the normal eye. ~ J.I. Packer

Said differently, God’s word is as authoritatively true as its Author. If we disagree with its teachings or discount its relevance, the fault is not with Scripture but with us.

My purpose today is not to explain all the ways Somerville’s city leaders failed their constituents by endorsing polyamory, though secular research clearly shows that two-parent families are best for children and families. Rather, it is to consider reasons why they made such an unbiblical decision and why so many others in our secular culture do the same on a host of moral issues today.

The city council of Somerville felt the freedom to redefine the family in direct contradiction to the word of God for one of two reasons: either its members do not know what Scripture teaches on this crucial subject, or they do not consider its teachings to be relevant to today’s culture.

The fact that you are reading this article indicates your commitment to seek biblical truth on the issues of our day. However, this is not enough: we must seek to align our lives and culture with such wisdom. The “divine character of revealed truth” requires no less.

Like Titus, you and I are called to “declare [biblical truth]; exhort and rebuke with all authority” (Titus 2:15a). All three verbs are present tense imperatives, ongoing commands from the Lord of the universe to us. To “declare” is to speak; to “exhort” is to encourage or implore people to obey what they hear; to “rebuke” is to correct and call to repentance those who do not. We are to do this “with all authority,” regardless of the response.

In fact, Paul adds: “Let no one disregard you” (v. 15b). “Disregard” means to discount, speculate about, or despise. We are to share, encourage, and rebuke so authoritatively and persuasively that people and culture change as a result.

“Where truth goes, I go”

In these days of pandemic devastation and economic deprivation, our secularized culture needs and deserves a host of Christians who will stand boldly, courageously, and, if need be, sacrificially for the truth and relevance of God’s word. If you and I will decide right now to declare, exhort, and rebuke today, the Holy Spirit will lead us to the people he wants us to influence, inspire the words we are to say, and use those words in transforming ways.

But he cannot employ those who will not be employed. We can sit on the sidelines of this battle for truth and souls, or we can join the winning side.

Thomas Brooks, the seventeenth-century Puritan preacher and author, testified: “Where truth goes, I go, and where truth is, I will be, and nothing but death shall divide me and the truth.”

Where truth goes, I go, and where truth is, I will be, and nothing but death shall divide me and the truth.
~ Thomas Brooks 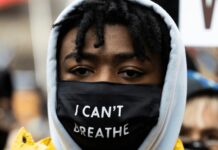 How will the Derek Chauvin trial end? Why we must pray before we post 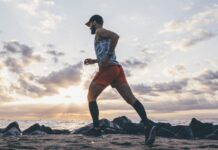 Man runs from Disneyland to Walt Disney World: How to turn our discouragement into God’s transforming strength 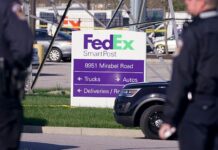 Mass shooting at a FedEx facility in Indianapolis: Five promises we can claim and pray