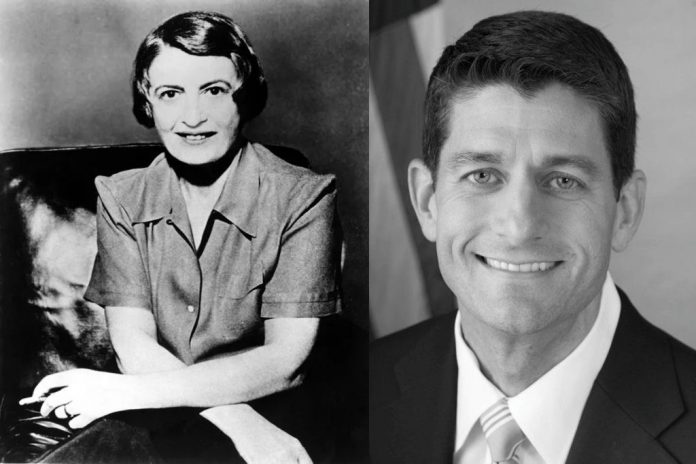 “Those novels, I thought were interesting, but her philosophy, which is quite a bit different, is something I just don’t agree with,” Paul Ryan told FOX News after being selected as Romney’s running mate.

Many true Randians, however, say Ryan was never truly one of them. An official at the Atlas Society, Edward Hudgins, told TPM that Ryan warned them in 2005 that he didn’t fully embrace their views before agreeing to speak to their members. ~ Benjy Sarlin September 24, 2012, 12:40 PM

Critics on the left have portrayed Ryan’s attempts to distance himself from Rand as a flip flop given her paramount importance to his economic views. But Hudgins said that he has been up front about his religious objections to objectivism ever since they met as Hill staffers in the 1990s.  ~ Ed Hudgins, Director of Advocacy – The Atlas Society