Nick Slater, age forty-six, was fatally mauled Tuesday off a beach protected by shark netting. His death is only the second fatal shark attack at one of the eighty-five beaches in Queensland, Australia, that have been protected by nets and drum lines since 1962. Sharks can swim under and around the nets, which is apparently what happened this week.

In other news, a dentist in New York City is seeing an epidemic of cracked teeth, sometimes six in a day. She attributes this to pandemic-induced stress, working from home with bad posture (which produces nerve problems in our jaws), and teeth-grinding during restless sleep at night.

On a more positive note, guitar sales are booming. Fender is seeing the biggest year of sales volume in company history, and interest in guitar lessons on video is surging. The reason: as people are staying home during the pandemic, they are looking for something therapeutic to do. According to one neuroscientist, learning the guitar kindles hope and optimism, which helps regulate stable mood chemicals like serotonin and dopamine.

What do these stories have in common?

How much is Zoom up this year?

I recently participated in a Forbes webinar on digital transformation stocks. The presenter highlighted stocks in a variety of areas that illustrate the massive, disruptive changes happening right now as a result of digital technology.

For example, he stated that Netflix has grown from a mail-order DVD company to a streaming giant whose shares are up 11,390 percent since 2009. The company added twenty-five million subscribers just during this year’s pandemic. (That’s a population larger than every American state except California and Texas).

However, the tech boom is not solving the problems that matter most. Marine biologists can do their best to protect us from sharks, but nature still finds a way to threaten us daily. Stress manifests in ways we do not see but our dentists do. Learning the guitar is therapeutic while we’re learning the guitar, but the broken world awaits us at the end of the session.

When do we most need a shepherd?

The psalmist prayed, “Give ear, O Shepherd of Israel, you who lead Joseph like a flock” (Psalm 80:1a). God is the shepherd of his people right now, no matter what circumstances might indicate. When wolves attack us, we can blame the shepherd, or we can trust him.

The wise choice is to pray with the psalmist, “You who are enthroned upon the cherubim, shine forth. Before Ephraim and Benjamin and Manasseh, stir up your might and come to save us! Restore us, O God; let your face shine, that we may be saved!” (vv. 1b–3).

The gospels give us approximately thirty-seven miracles performed by Jesus, each of them proof of his personal power. He continued his earthly ministry through his followers as his body on earth (1 Corinthians 12:27), healing the crippled in his name (cf. Acts 3:6–8) and even raising the dead (cf. Acts 20:9–12).

What God does in us, he does through us. He used a crippled man to reach the multitude who witnessed his healing (Acts 3:9ff.). He works through changed lives to change lives.

How should we respond when a house is on fire?

Of course, telling lost people they are lost is extremely countercultural today. Offering biblical truth to those who do not believe in truth is “intolerant” and bigoted.

“If you were a fireman and found a person in an upper room and the house was on fire, would you not struggle with him rather than let him remain in the room and burn? You would say, ‘I will save you in spite of yourself.’ Perhaps the foolish would call you names and say, ‘Let me alone, why should you intrude into my chamber?’ But you would say, ‘Never mind my intrusion; I will apologize afterwards for my rudeness, but you must be out of the fire first.’ I pray God give you this blessed unmannerliness, this sweet casting of all things to the wind, if by any means you might save some.”

According to Spurgeon, the more dangerous the fire, the more necessary the fireman. 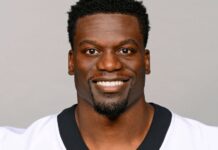 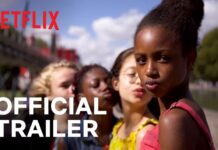 The controversy over Netflix “Cuties”: Why the movie is so wrong and how Christians can stand for what is right 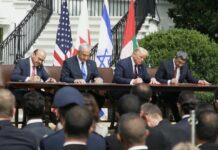 A “vaccine against war in the Middle East”: The Abraham Accords and the future of history