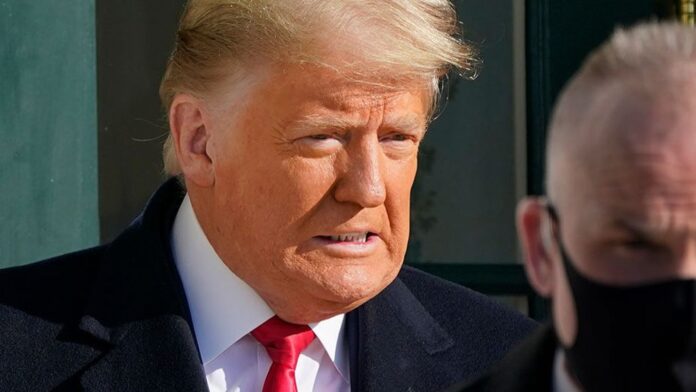 House Democrats voted last night to call for President Trump’s removal from office through the 25th Amendment. Vice President Pence declined to act on their request, stating that the amendment was intended to address medical emergencies or presidential incapacity and that using it as a means of punishment would set a “terrible precedent.”

In response, the House is set to vote this morning on a resolution to impeach the president.

Currently, 82 percent of Democrats support impeaching Mr. Trump, joined by 47 percent of independents and 15 percent of Republicans. In a radio interview yesterday, I was asked, “Do you believe the president should be removed from office?” This question is on millions of minds across our country today.

My purpose in this article is not to offer personal opinion or political or legal commentary. My nonpartisan mission as a cultural apologist is to help people think biblically about contemporary issues so they can use their influence to shape the culture for Christ.

In that context, let’s look at biblical principles that speak to the issue at hand.

The Bible speaks at great length about the priority and practice of accountability. These principles are related to the impeachment issue to the degree that President Trump was complicit in the January 6 riots. Let’s consider two especially relevant examples.

One: Presidents and all people are accountable before God and others.

Two: Accountability is vital to society.

After condemning sexual immorality between a man and “his father’s wife” (1 Corinthians 5:1), Paul instructed the church to remove the man from their fellowship (v. 2). Then he warned: “Do you not know that a little leaven leavens the whole lump? Cleanse out the old leaven that you may be a new lump” (vv. 6–7). We must hold people accountable for their sake and to prevent the escalation of sin and its consequences (see 2 Samuel 12:1–14; Luke 17:3; Galatians 6:1–5; James 5:16).

Ethicist Russell Moore is right: “The governing authorities do not have a choice as to whether or not to hold people accountable for inciting and carrying out insurrection. To do otherwise would be to cease to be a just society, and to empower future evildoers to do the same. Everyone who attacked our Capitol or planned or directed such a storming of the Capitol should be arrested and prosecuted to the full extent of the law.”

Two biblical arguments could perhaps be made for refusing to remove the president before his term ends next week.

One: We are to work for peace.

Jesus taught, “Blessed are the peacemakers, for they shall be called sons of God” (Matthew 5:9). Paul taught, “If possible, so far as it depends on you, live peaceably with all” (Romans 12:18). Seventy-four million Americans voted for President Trump, the largest number for an incumbent in history. Will some percentage feel that their vote was overturned by Democrats? Will such an action only exacerbate the partisan tensions in our country after the president leaves office?

Two: We should keep the greater good in mind.

Jesus asked, “Which of you, desiring to build a tower, does not first sit down and count the cost, whether he has enough to complete it?” (Luke 14:28). It could be argued that removing President Trump from office a few days before his term ends will distract Congress and the country from issues such as the pandemic, the economy, China, Russia, and the other grave challenges we face. For example, President-elect Biden is concerned that impeachment might keep the Senate from moving forward with his cabinet nominees and larger agenda.

This verse balances the two: “Strive for peace with everyone, and for the holiness without which no one will see the Lord” (Hebrews 12:14). How can we help our leaders and nation do both?

Whatever your position on impeachment, take the long view. What happens over the next week is urgent, but what happens because of the next week is vital as well. What we say and do reflects directly on our Lord (Acts 1:8). Seek ways to honor him and draw others to him (John 3:30).

Our highest trust was never to be in a president, whatever his party or political positions. Scripture is clear: “Put not your trust in princes, in a son of man, in whom there is no salvation” (Psalm 146:3). Instead, trust first and foremost in the One “who executes justice for the oppressed, who gives food to the hungry” (v. 7a).

The psalmist continues: “The Lord sets the prisoners free; the Lord opens the eyes of the blind. The Lord lifts up those who are bowed down; the Lord loves the righteous. The Lord watches over the sojourners; he upholds the widow and the fatherless, but the way of the wicked he brings to ruin” (vv. 7b–9).

Will you trust him for the justice, provision, freedom, healing, encouragement, love, care, protection, and righteousness we need?

Will you pray, speak, and act in ways that lead those you influence to do the same? 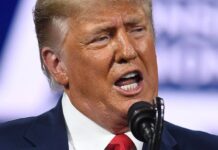 Canceling Hyatt Regency and Dr. Seuss: A testimony of hope and four practical ways to engage our opponents with grace 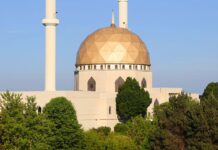 Church helps mosque rebuild: Responding to the Equality Act and those with whom we disagree 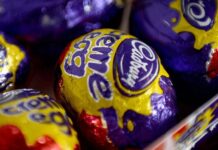 Cadbury urged to drop ad featuring same-sex kiss: The courage we need and the Source of our hope