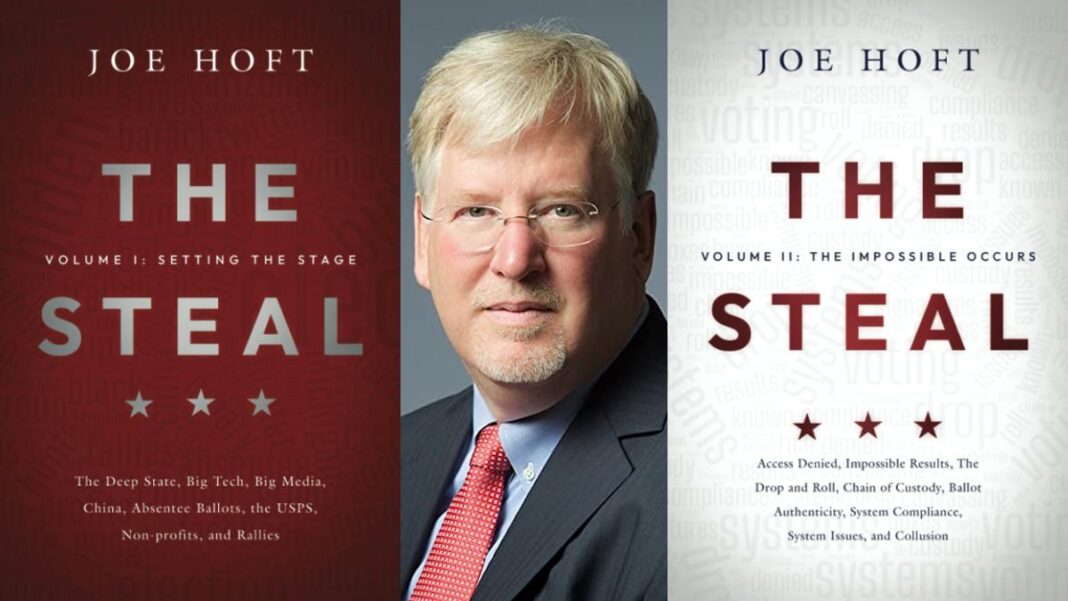 The 2020 Election in the United States will go down as one of the most significant events in US history. The winner would take control over a $22 trillion economy, a $5 trillion government budget, and the leadership of the free world. The election included the incumbent President Trump, a billionaire, who despite constant harassment and attacks from the Democrats, members of his own party, Big Media, Big Tech, and foreign entities, was very popular among his base, the largest in US history. His opponent was a failing old man picked by Democrat elites, Joe Biden, President Obama’s Vice President.

After months of preparation and pandering the 2020 Election finally arrived on November 3rd, 2020. But what led up to the election was just as important as the election itself, or the days after. President Trump endured daily attacks from his opponents based on their made-up fantasies about Russia colluding with the President himself. But as the days passed, the President became more and more popular.

However, there were signs before the election that something was in the works. The Deep State worked diligently to overthrow President Trump and if not, then to steal the 2020 Election. The China Coronavirus came in early 2020 and as a result, election procedures allowing Americans to vote from home were put into place. The US Postal Service’s role in the election increased exponentially.

The media and their ally, Big Tech, worked in tandem to frame the upcoming election. Their narrative was important if the opponents of President Trump and his base were to prevail. However, the problem was the President was more popular than when he won the prior election despite their constant flood of verbal attacks. So the Democrats and their allies created entities labeled non-profits, for specific purposes surrounding the election. The Republicans and President Trump had no counter to these non-profits.

President Trump relied on his base and the American people. His rallies in 2020 showed that his base had grown in size since the 2016 Election. All was set for the 2020 Election. Both sides had their strategies on how to win the election. This book covers those efforts before the election that led to the most controversial election win in US history.

The 2020 Election in the United States will go down as one of the most significant events in US history. The winner would take control over a $22 trillion economy, a $5 trillion government budget, and the leadership of the free world. President Trump, a billionaire, who despite constant harassment and attacks from the Democrats, members of his own party, Big Media, Big Tech, and foreign entities, was very popular and his base was the largest in US history. His opponent was a failing old man picked by Democrat elites, President Obama’s Vice President, Joe Biden.

The stolen 2020 Election began before it started as noted in The Steal – Volume I: Setting the Stage. Then after months of preparation, the 2020 Election finally arrived on November 3rd, 2020. Late on Election night, President Trump was way ahead in all the swing states, but Big Media never called the election. Finally, President Trump came out and shared that they had had a great day but to look out for 4 am ballot drops. This is exactly what happened next – early in the morning of November 4th hundreds of thousands of ballots were dropped for Joe Biden and he was suddenly ahead in Wisconsin and Michigan. A few days later Pennsylvania and Georgia overcame insurmountable Election night deficits, and those states were stolen too. Arizona, Nevada, Virginia, New Mexico, Colorado, and more had questionable results as well. The impossible occurred and Joe Biden was given the election win.

The stolen election began long before the election ever occurred but was solidified when Republicans were forcefully prevented from entering polling locations where ballot counting was going on. The results were shocking. Anomalies that were never imagined before were identified. Patterns were found in the data that shouldn’t be there. President Trump received 75 million votes, breaking Obama’s record of 69 million in 2008 and receiving more votes than any President in history. But somehow the man who could barely make it out of his basement before the election, who entertained fewer than 2,000 supporters in the two months prior to the election, ended up with 81 million votes!?!

Ballots came out of everywhere for Joe Biden. A record number of absentee ballots were dropped in the election. Drop boxes were used for the first time in many states, many ultimately against the law. The ballots that were received lacked chain of custody documentation and to this day no one knows where they came from. The voting machines used appeared designed for fraud. Ultimately, it appeared to be a coordinated attack on our country with free and fair elections being the ultimate casualty.

This book covers the many questionable and fraudulent activities that occurred in the 2020 Election, the most controversial and corrupt election in US history. You’ll be shocked. You may not agree that the 2020 Election was stolen, but you will agree that it never should have been certified – period.

Joe Hoft is an author and contributor at one of America’s largest political websites – www.thegatewaypundit.com. The gateway pundit (TGP) is run by Joe’s twin brother and founder, Jim Hoft.

Joe’s online posts at TGP have been shared around the world by numerous individuals including President Trump and more.

He has led reporting on the corrupt Mueller gang, COVID-19, and more recently the 2020 Election.

Joe’s career positions have involved attending and presenting at corporate and not-for-profit board meetings and audit committees around the world (including the US, the UK, Australia, Japan, South Korea, Taiwan, Hong Kong, Shanghai, Singapore, Malaysia, India and Bermuda). Joe’s expertise is in finance, operations, IT and audit. He has earned 10 degrees and designations.

Joe has also written articles and reports published and presented in academic journals and corporate and not-for-profit board meetings. He has spent the majority of his professional career in the financial industry and much of this time involved in the Asia Pacific region. He lived in Hong Kong for nearly a decade.

Joe’s first book was “Falling Eagle–Rising Tigers, Solutions for the US from Asia Pacific”. Next he wrote “Living, Loving and Being Aware of God’s Grace” – a book of personal stories related to living life to its fullest. He next released “In God We Trust, Not in Lying, Liberal Lunatics” – a book about the Mueller gang and the attacks on President Trump and conservatives in the US.

Joe then wrote: “The Steal – Volume I: Setting the Stage” covering the activities leading up to the 2020 Election. President Trump complimented Joe on this book.

Joe’s new book, “The Steal – Volume II: The Impossible Occurs” covers the many activities and results from the 2020 Election from a professional international executive auditor’s opinion that show that the 2020 Election never should have been certified.

Joe periodically posts articles and interviews at www.joehoft.com and on social media.