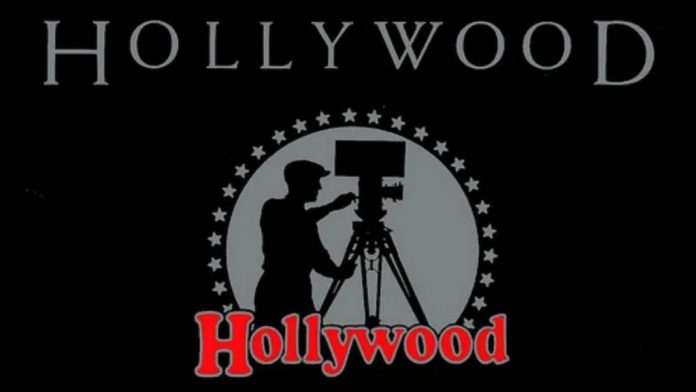 The television mini-series Hollywood (1980) is the history of the American film industry in Hollywood during the Silent era.

Hollywood: A Celebration of the American Silent Film (1980) is a documentary mini-series produced by Thames Television which explores the establishment and development of the Hollywood studios and their impact on 1920s culture.

Below is a video playlist of 12 of the Episodes of the mini-series Hollywood (1980). Hollywood | Episode 12: Star Treatment can be found below the playlist as the episode shown in the playlist is blocked for some countries.

Contrary to popular belief, the silent film in general had reached a high state of sophistication by the late 1920s.

The evolution of film from penny arcade curiosity to art form, from what was considered the first plot driven film, The Great Train Robbery, through to The Birth of a Nation, films showing the power of the medium. Early Technicolor footage, along with other color technologies, are also featured. Interviews include Lillian Gish, Jackie Coogan and King Vidor.

The opening episode of this epic, landmark series belies the commonly held misconception that silent films are crudely-made historical curiosities but a vibrant art form that had reached a high degree of sophistication by the late 1920s. Film clips from silent classics as well as interviews with surviving silent stars and filmmakers are featured.

Some of the less affluent studios escape bad weather and legal entanglements in New Jersey and make Hollywood the world film capitol.

Hollywood is transformed from a peaceful village with dusty streets and lemon groves to the birthplace of the industry in California. Silent film transcends international boundaries to become a worldwide phenomenon. Interviews include Henry King, Agnes de Mille, and Lillian Gish.

Although the movies begin in New Jersey, legal and weather problems encourage the less affluent studios to move to sunny Southern California where they can be out of the reach of injunctions and benefit from year round warm weather. Some of the earliest pioneers like Cecil B. DeMille, Jesse L. Lasky, and D. W. Griffith lead the way that will make Hollywood the movie capitol of the world.

Mounting scandals including drug addiction and murder force the studios to appoint Will Hays as a morals czar to oversee production.

Fast success in Hollywood brings a cavalier party lifestyle, which led to shocking scandals such as Roscoe ‘Fatty’ Arbuckle‘s trial and subsequent acquittal for manslaughter. To tone down the image of Hollywood and curtail films with footage unsuitable to all audiences, Will H. Hays is appointed and introduces Hollywood’s self regulated Production Code, which would be enforced well into the 1960s, while filmmakers still found creative ways to present ‘adult’ situations. Interviews include King Vidor and Gloria Swanson.

After prohibition, the Fatty Arbuckle scandal, and the death of William Desmond Taylor, the morality of people working in the film industry comes under intense scrutiny. In response to concerns from the public, Will Hays is brought in to create a production code and clean up Hollywood’s image.

Hollywood and its stars support the War effort with propaganda and patriotic films and war bond tours.

The outbreak of World War I provides Hollywood with a successful source for plots and profits. Peacetime curtails the release of war movies, until the release of King Vidor’s The Big Parade in 1925. Wings (1927) earns the first Academy Award for Best Picture. As movies transition to sound, Universal releases Lewis Milestone‘s All Quiet on the Western Front, showing the German side of the conflict, becoming a powerful statement of war by the generation that fought it. Interviews include Douglas Fairbanks, Jr., King Vidor, Blanche Sweet and Lillian Gish.

After the onset of World War I, Hollywood begins turning out movies such as Intolerance and Civilization to help promote peace. However, after the U.S. gets involved in the war, stars such as Douglas Fairbanks, Mary Pickford, and Charlie Chaplin help the effort by selling war bonds. Propaganda films come into play. Eventually, the public grew tired of movies about the war. Most of the definitive WWI films weren’t made until several years after the war had ended (The Big Parade, What Price Glory, Wings and All Quiet on the Western Front).

A tribute to the death-defying and sometimes deadly art of the silent movie stuntman is featured in this episode.

This episode is all about the unsung heroes of the silent film era: stuntmen. It’s a pretty fascinating look at how some of those stunts were done and it’s told by some of the people actually did them and lived to tell about it. One of the stuntmen interviewed doubled for Harold Lloyd in Safety Last! and John Barrymore in The Beloved Rogue. It also mentions how although many stars liked to take credit for doing their own stunts, they almost always had doubles, but Douglas Fairbanks was mostly an exception to the rule. Remarkably, Buster Keaton isn’t mentioned once in this episode

Two of the great romantic legends of the silent screen are profiled. Rudolph Valentino’s on-screen persona is remarkably different from his real personal life, as recounted by his brother, Alberto, and Gloria Swanson recalls her meteoric rise – and fall – with remarkable candor.

Autocratic directors like the martinet Cecil B. DeMille and the idiosyncratic Eric Von Stroheim are highlighted in this episode.

Two of Hollywood’s greatest directors, Cecil B. DeMille and Erich von Stroheim. One worked with the Hollywood system, the other against it. DeMille’s pictures, lavish in detail and cost, made his studio a fortune, while Von Stroheim’s similar ways, albeit to excess in footage and expense, resulted in films that were often either excessively cut by the studios or never released, leading to his being fired on several occasions. Interviews include Agnes DeMille, Gloria Swanson, Allen Dwan, and Henry King.

The focus is all about two directors notorious for their extravagance: Cecil B. DeMille and Erich von Stroheim. While DeMille managed to flourish in the silent era and the sound era, von Stroheim’s career essentially collapsed under its own weight. Much is said about the battles between von Stroheim and studio heads for shooting excessive amounts of film on Foolish Wives, for his remarketably long version of Greed, and his fiasco of making Queen Kelly with Gloria Swanson.

The art of silent comedy is highlighted with a focus on the work of the four great clowns of the era: Charles Chaplin, Buster Keaton, Harold Lloyd, and Harry Langdon.

Hollywood learned very early how to make people laugh. Comedy was king, and battling for the throne were stars like Harold Lloyd, Buster Keaton, Harry Langdon and Charlie Chaplin. In a purely visual medium, their comedy was a work of genius. Interviews include Hal Roach, Sr., Jackie Coogan, Buster Keaton and Harold Lloyd.

All the key silent film comedians get their due here — Chaplin, Keaton, Lloyd, even Harry Langdon is included. Keaton gets the recognition he deserves for his stunt work in this episode. One of the stuntmen interviewed said doubling for Keaton would have been impossible.

The development of the uniquely American film genre, the Western, is shown from its inception with archival footage and interviews with surviving artists.

‘The Old West’ was still in existence in the silent days. Old cowboys and outlaws relived their youth, and got paid for doing it, by working in films. The ‘western craze’ really begins with stars like William “Buffalo Bill” Cody and Tom Mix. Interviews include Yakima Canutt, Colonel Tim McCoy, Harvey Parry and John Wayne.

A look at silent-era westerns and the first on-screen cowboys such as Tom Mix, William S. Hart, and Harry Carey. I love that they interviewed John Wayne for this episode. He talks about the influence Tom Mix and Harry Carey had on him and the way he paid tribute to Carey in The Searchers. Some of John Ford’s silent films are discussed.

Silent film directors were flamboyant pioneers, making up their technique as they went along. Filming ‘indoor’ sets on open outdoor lots and combating the elements, communicating with actors in spite of overwhelming distraction and deafening noise, directors (male and female) fashion great films out of chaos and confusion. Interviews include Bessie Love, Janet Gaynor and King Vidor.

Silent film directors were flamboyant pioneers, making up their technique as they went along. Filming ‘indoor’ sets on open outdoor lots and combating the elements, communicating with actors in spite of overwhelming distraction and deafening noise, directors (male and female) fashion great films out of chaos and confusion. Interviews include Bessie Love, Janet Gaynor and King Vidor.

A look at silent-era westerns and the first on-screen cowboys such as Tom Mix, William S. Hart, and Harry Carey. I love that they interviewed John Wayne for this episode. He talks about the influence Tom Mix and Harry Carey had on him and the way he paid tribute to Carey in The Searchers. Some of John Ford’s silent films are discussed.

The development of cinematography from its primitive beginnings through emergence as a serious art form in the late 1920s. Film clips and interviews with veterans of the period like Karl Brown and George Folsey are highlighted.

Skilled cameramen had the ability to turn an actress into a screen goddess, and were valuable assets to studios and stars. With the aid of art directors, they achieved some of the most amazing and dangerous sequences captured on film, pioneering photography effects used through the remainder of the 20th century. Interviews include William Wyler and Lillian Gish.

This episode is all about cameramen, cameras, developments in lighting techniques, and trick photography. The information on how they pulled off some of those trick photography shots is incredible.

Producers discovered the effect of ‘star power’ on their box office bottom line. Creating Hollywood stars becomes its own industry, resulting in the Hollywood Star System, from which came Clara Bow, Greta Garbo, and John Gilbert, successor to Rudolph Valentino as “The Great Lover”. But as easily as they made them, studios could break them. Interviews include Charles “Buddy” Rogers, Louise Brooks and King Vidor.

Silent films had universal appeal, simply by replacing intertitles and dialogue cards for the foreign markets. Sound film was experimented with in many forms since the 1890s, but did not become commercially successful until The Jazz Singer in 1927. Hollywood movie making was transformed and ultimately shattered, taking the careers of many silent film stars, directors and producers with it, victims of the emerging technology. Interviews include Lillian Gish, Mary Astor, Janet Gaynor, George Cukor and Frank Capra, Sr.

Although The Jazz Singer is regarded as the first sound film, this episode also covers earlier efforts to produce films with sound. The process of filming for sound changed the film making process in every way, even studio lights had to be redeveloped because the ones used in silent films made too much noise when they were on. Colleen Moore has some very funny stories about having to take voice lessons.