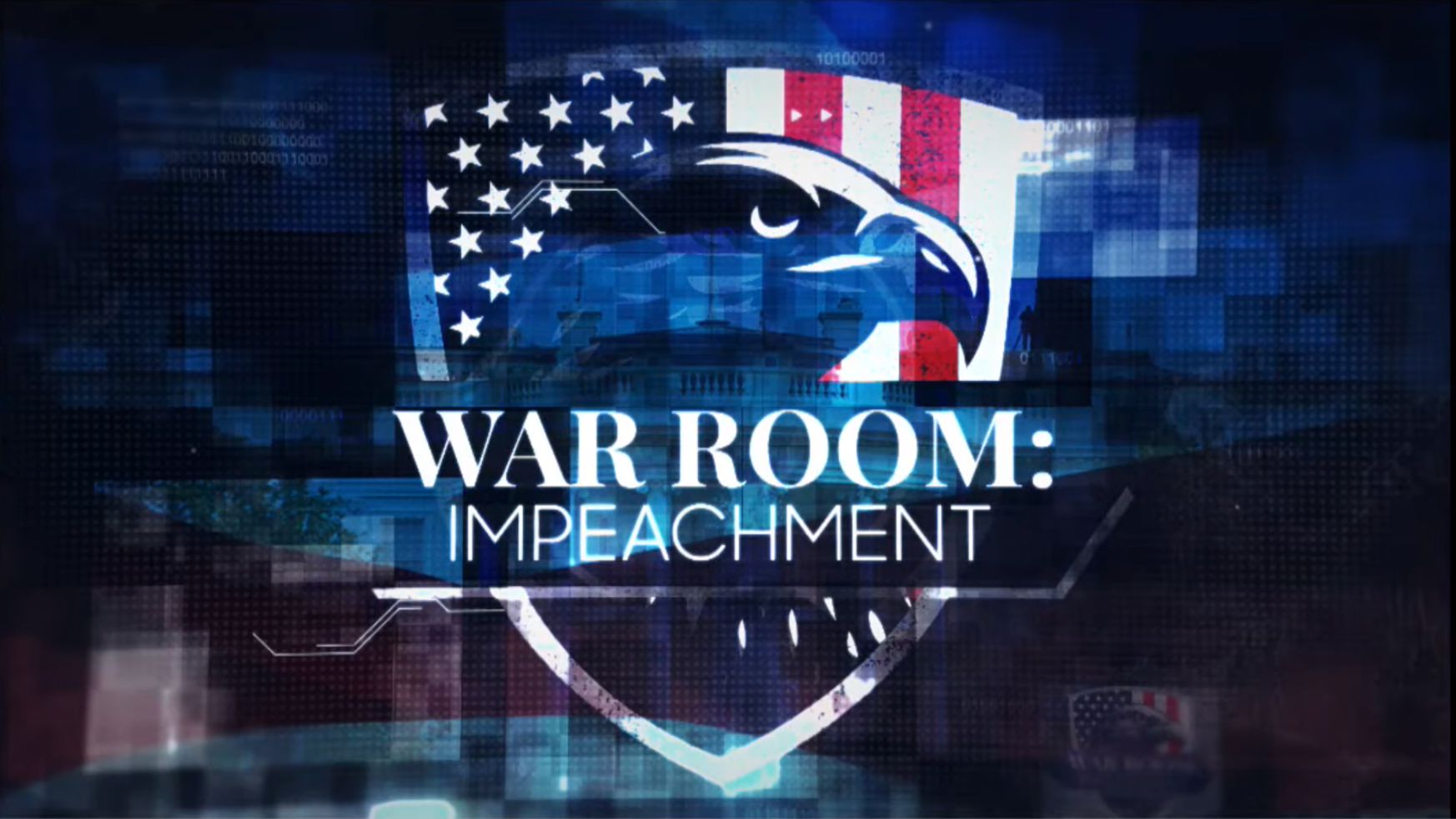 Steve Bannon is hosting a daily radio show with Jason Miller and Raheem Kassam. An episode of WAR ROOM: IMPEACHMENT will air live everyday beginning on October 21, 2019 and run for 64 days until the day after President Donald Trump is acquitted.

Stephen K. Bannon, Jason Miller, and Raheem Kassam discuss the week that drove CNN nuts, leading to their listicle about Trump and their avoidance of covering the impeachment inquiry on Friday.

The three also discuss the digital return of John Bolton, the Bidens and Ukraine, and the upcoming IG report and alleged FISA abuses.

Stephen K. Bannon and Jason Miller discuss the Democrats feeling out in the cold with their constituents because of how Nancy Pelosi and Adam Schiff have handled the impeachment inquiry.

Stephen K. Bannon, Raheem Kassam, and Jason Miller are joined by guest Rep. Lee Zeldin who declared the impending IG report will show misconduct “right up to the highest levels of the Department of Justice and the FBI.”

Zeldin noted: “There were individuals engaged in misconduct with regards to how and why they ended the email probe on Hillary Clinton, how and why they started the Trump Russia probe, and how they secured this FISA warrant on Carter Page, and this IG report.”

While “this might have been someone who is not one of the higher ups at the DOJ or FBI, just think of the culture they had at that moment.

Rep. Zeldin contends that “This one leak that came out, which is hugely concerning, is even starting to scratch the surface of what the IG is going to end up reporting.”

To Rep. Zeldin, “This is an effort to get into and go after a presidential candidate and the person who ultimately becomes President of the United States.”

Stephen K. Bannon and Raheem Kassam host a special 2 hour caller-driven show dedicated to hearing from ordinary voices out there in the United States (and with callers as far as Belarus and Spain) on the impeachment of President Donald J. Trump.

Stephen K. Bannon and Raheem Kassam are joined by Congressman Loudermilk (GA-11) and Trump campaign pollster John McLaughlin to discuss the softening towards the impeachment process, especially on the political left. Jason Miller joins down the line.

Stephen K. Bannon and Jason Miller are joined by Steve Cortes and Rep. Fred Keller (R-PA) to dissect a new timeline of events pushed by the Democrats and the media on impeachment.