Thirty-three-year-old Jesse Larios from California has been in the news recently after deciding “on a whim” to don a bear suit and walk four hundred miles from downtown Los Angeles to the Golden Gate Bridge in San Francisco. Larios doesn’t have a specific timeline or plan for how to get there. But, he says he’s enjoyed meeting new people, including a rather perplexed member of the Santa Clarita Sheriff’s Department who stopped him briefly in a notable exchange before sending him on his way. So far, his journey has resulted in more than $11,000 in charitable donations to go along with countless smiles from those he’s encountered.

Larios is apparently not the only one to leave home in recent years, however. The new batch of census data collected in 2020 has been released, and it appears that rather significant swaths of the American population have moved to the South and West.

While California, for example, remains the country’s most populous state by a decent margin, more people left than arrived over the last decade, and much of that movement came in recent years. The Northeast and industrial Midwest also experienced a decline as citizens left in search of jobs, more affordable housing, and a host of other factors.

These shifts are already starting to have some potentially significant impacts on life in these areas and across the country. Politically, the decline in California and New York means both states are among those who will lose a seat in the House of Representatives. Texas, by contrast, will gain two seats while Colorado, Florida, Montana, North Carolina, and Oregon will each add one.

As next year’s elections begin to loom large, the general consensus is that Republicans are likely to regain a majority in the house due, in no small part, to the impact of these shifts.

When looking at nationwide trends for a country with a population of more than 331 million, it’s easy to feel like a very small fish in a very large ocean, and that feeling can make it tempting to believe your life can’t make much of a difference. Today, though, I’d like for us to take a few moments to discuss two reasons why it’s important to act as though you can.

First, we need to recognize that we often do a poor job of judging the significance of a seemingly insignificant moment.

When the census went out to people in New York, many likely saw it as a burden that wasn’t worth their time. After all, how could one person’s response matter in a state of 19.3 million people? I know I was tempted to discard mine for similar reasons. Unfortunately for them, that sentiment could not have been much further from the truth as the final tallies revealed that the state fell just eighty-nine citizens short of keeping all their seats in the House.

How many will now spend the ten years until the next census lamenting that they didn’t take five minutes to fill out and return last year’s?

Far too often, we make a similar mistake in our lives.

Perhaps it’s a phone call that you let go to voicemail, or a conversation at work that was simply easier to avoid. Maybe it was a volunteer opportunity when you just wanted to enjoy your weekend.

On the surface, it’s easy to view these sorts of events as more of an unnecessary obligation than a divine opportunity. And maybe they were. But if we can train ourselves to go through the day with an open line of communication with God—“pray without ceasing,” to borrow Paul’s language (1 Thessalonians 5:17)—then the ones that matter will tend to stand out a bit more.

Learning to trust the Holy Spirit’s guidance in the seemingly mundane and unimportant moments of life is one of the best ways to make sure they don’t end up amounting to missed opportunities of eternal significance.

Second, we need to see ourselves less as small fish in a big ocean than as essential parts of a grand machine.

Both metaphors recognize that the world in which we live and serve is far greater than ourselves, but only the latter finds meaning and purpose in that perspective. That is a far more biblical understanding.

Paul spoke to this principle in 1 Corinthians 12, but we see it demonstrated throughout Scripture as well. In Joshua, for example, the Israelites were seldom stronger than the nations they conquered. Judges is filled with examples of the Lord raising up unheralded and seemingly insignificant individuals to help liberate his people. Saul was chosen from the smallest clan in the smallest tribe of Israel to become their first king (1 Samuel 9:21). David followed suit as the youngest child in his family, not even considered worthy of consideration when Samuel came to call (1 Samuel 6–13).

And the twelve disciples, specifically chosen by Jesus, were such unlikely candidates to be the leaders of the early church that they routinely astonished the religious leaders by demonstrating even a basic understanding of biblical history (Acts 4:13).

My point is this: God doesn’t need us to be anything more than the people he created us to be in order to use us to accomplish amazing things for his kingdom. Individually, we may feel insignificant because in the grand scheme of history, we are. But if you have placed your faith in Christ and received the Holy Spirit, the only time you truly act on his behalf as an individual is when you choose to ignore his presence in your life and your place amongst the vast army of your fellow believers.

Oswald Chambers once wrote that “All of God’s people are ordinary people who have been made extraordinary by the purpose he has given them.”

If you look at your life and come away feeling exceedingly ordinary, perhaps the reason is that you have not taken the time to ask God to help you better recognize the extraordinary moments he brings your way. They may not feel special or important at the time, but even the mundane can be imbued with eternal significance when God gets ahold of it.

Does he have a hold of your day yet?

Ryan Denison is the Senior Fellow for Theology at Denison Forum, where he contributes writing and research to many of the ministry’s productions.

He is in the final stages of earning his PhD in church history at BH Carroll Theological Institute after having earned his MDiv at Truett Seminary. Ryan has also taught at BH Carroll and Dallas Baptist University.

He and his wife, Candice, live in East Texas and have two children. 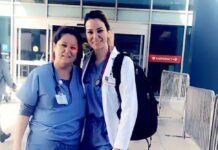 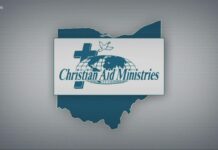 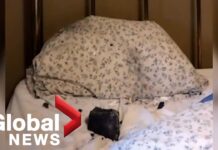