1. He failed to prepare for Covid vaccine distributions – making California LAST in the nation in getting vaccines out to its people (behind Alabama, Mississippi, and West Virginia, to name a few).

2. He arbitrarily shut down most of the state’s economy without scientific evidence that it helped stop the spread.  Yet he …

3. He kept favored businesses open – including his own winery tasting room and Hollywood production companies.

4. He has failed to get kids back in school – except his own who attend private school.

5. He has failed to get timely unemployment benefits to millions of Californians with legitimate claims, while …

6. He sent unemployment checks to the death row inmates, child molesters, career criminal and others in a $30 billion taxpayer rip-off scandal.

7. After ordering Californians to stay home and avoid social gatherings, he arrogantly ignored his own edicts by dining with lobbyists at the French Laundry restaurant while not wearing a mask or social distancing.

8. He signed AB 5 into law – attacking the livelihood of tens of thousands of independent entrepreneurs and gig workers.

9. He ordered the release of almost 20,000 dangerous inmates from state prison and arbitrarily overrode voters by ending the death penalty.

10. He has failed to address the state’s massive homeless problem.

Read More and Support the Cause on RescueCalifornia.org 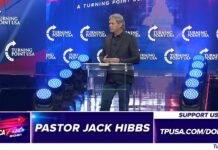 People Are Waking up and California Is Coming Back: Pastor Jack Hibbs 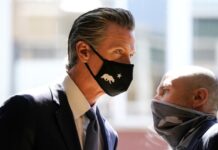 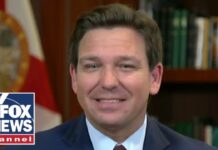 DeSantis Took on Washington in 2021