A Chinese father is furious that his 11-year-old son was forcibly vaccinated against COVID-19 without his knowledge, only learning roughly three weeks later that it had happened.

Chen Jianxiong, a resident of Chibi, Hubei Province, posted online alleging that people in the community had forced his son to get vaccinated by taking advantage of the father’s absence. Chen later reported the event to the police.

Chen told The Epoch Times that he was surprised to hear his son’s teacher suggesting a second vaccine shot on the night of Sept. 8.

“My son hasn’t had the first shot yet; why should he get the second shot?” Chen asked the teacher.

That was when he learned that his son had already received a first dose.

Chen said he was furious and he made many phone calls that night to inquire how the vaccination had happened without his knowledge, but the only responses he received were that “[they] didn’t know.”

“Then I called the police, but the police station in the district said they needed to ask for instructions from the top,” Chen said. “So I hung up the phone and went to the Chimagang police station in person the next morning and asked them to open a case.”

Speaking with police, he questioned how such a thing could have happened without his knowledge.

“My child is only 11 years old and is a minor. I am the legal guardian, so I don’t understand how [the community] administered the vaccine on my child without my consent,” Chen said he told the police.

The police then called in several community-related staff for questioning, which was when Chen learned that his son’s vaccination had occurred on Aug. 17.

Chen told The Epoch Times that he accused the community secretary of committing a crime.

“The signature of a parent is required to get my 11-year-old vaccinated, and you violated my parental rights. At the same time, a consent form is needed for vaccination, but the child does not know who signed it,” Chen told them.

By Raven Wu and Ellen Wan 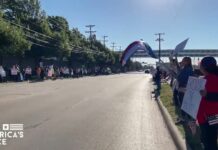 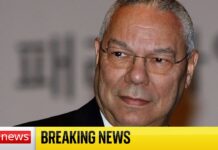