Home Previews Books 12 Seconds in the Dark: A Police Officer’s Firsthand Account of the... 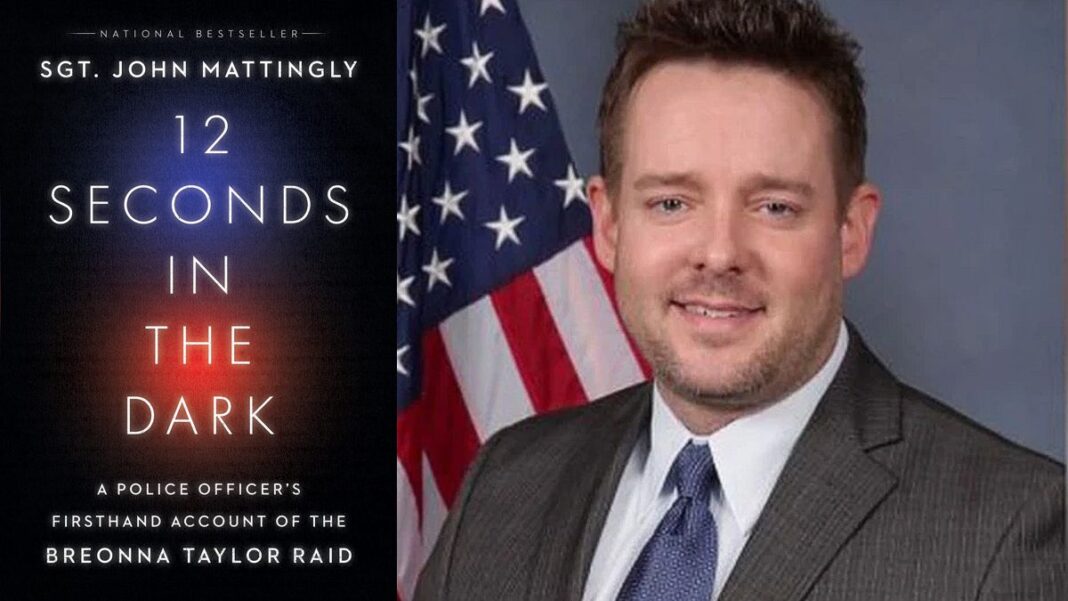 You might think you know what happened in the tragic shooting of Breonna Taylor, but no one knows that better than the lead officer on the scene, Sergeant John Mattingly.

However, with the full support of the mainstream media, Black Lives Matter activists and other leftist groups immediately pounced on the tragedy, exploiting Breonna’s death and twisting the story—in some cases, telling outright lies—to bolster a shameful “All Cops Are Bastards” narrative and radical “Defund the Police” agenda.

In 12 Seconds in the Dark: A Police Officer’s Firsthand Account of the Breonna Taylor Raid, Sgt. Mattingly tells what really happened that horrible night. A twenty-year police veteran with an impeccable record, Mattingly takes readers inside the Louisville Metro Police Department’s response to suspected criminal activity that night, debunking lie after lie about what happened, including:

In this gritty and suspenseful true story, Mattingly sets the record straight on this shocking story that gripped the nation.

“Mattingly paints a clear picture and presents a rock solid case that blows up the common narrative about the death of Breonna Taylor… Mattingly’s book is well worth the read.” —Jim Thompson, RedState

“Everyone should read your book…fantastic read. ” —Aubrey Shines, pastor and guest host of The Jenna Ellis Show Podcast

“A civilizational defining event. The Breonna Taylor incident has been used by activist groups as a rallying cry…the problem, is what most people think of what happened there…most of it is a lie. John Mattingly has a new book to tell us the truth.” —Charlie Kirk, The Charlie Kirk Show

Jonathan Mattingly (John) served as a Louisville, Kentucky police officer for 21 years. He has spent most of his adult life helping those who couldn’t help themselves and protecting the innocent from the criminals who prey upon the vulnerable. Fifteen of those years were spent targeting violent criminals and drug dealers, and doing his part to get the guns and poison that destroy families off the streets. Born in Louisville, John was born and raised in a Baptist preacher’s home, inspiring him to become a public servant and have a heart to help others. John and his wife have 4 children and 2 grandchildren.