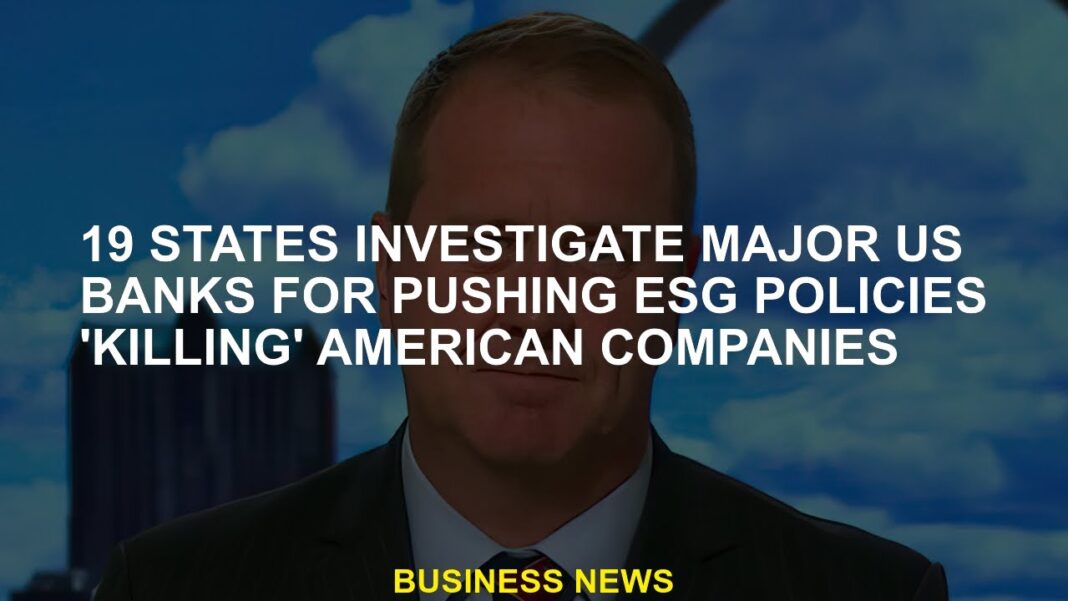 The war between states and banks over environmental, social, and governance (ESG) investing and similar practices has reached the doorstep of the U.N. A total of 19 state attorneys general have launched investigations of major financial institutions’ commitment to the U.N.-convened Net-Zero Banking Alliance.

The alliance’s website states that its members control roughly 40 percent of the world’s banking assets and are “committed to aligning their lending and investment portfolios with net-zero emissions by 2050.”

“The Net-Zero Banking Alliance is a massive worldwide agreement by major banking institutions, overseen by the U.N., to starve companies engaged in fossil fuel-related activities of credit on national and international markets,” Missouri Attorney General Eric Schmitt said in a statement regarding the investigations.

A May statement from the alliance states that it “does not support the financing of fossil fuel expansion” but notes that it “believes that immediate divestment from existing fossil fuel positions will not necessarily bring about the required real economy decarbonization that the world needs.”

“We are leading a coalition investigating banks for ceding authority to the U.N., which will only result in the killing of American companies that don’t subscribe to the woke climate agenda. These banks are accountable to American laws–we don’t let international bodies set the standards for our businesses,” Schmitt said.