Home Faith and Folly Transhumanism 5 Qualities Most Important To Transhumanists That Aren’t As Good As They... 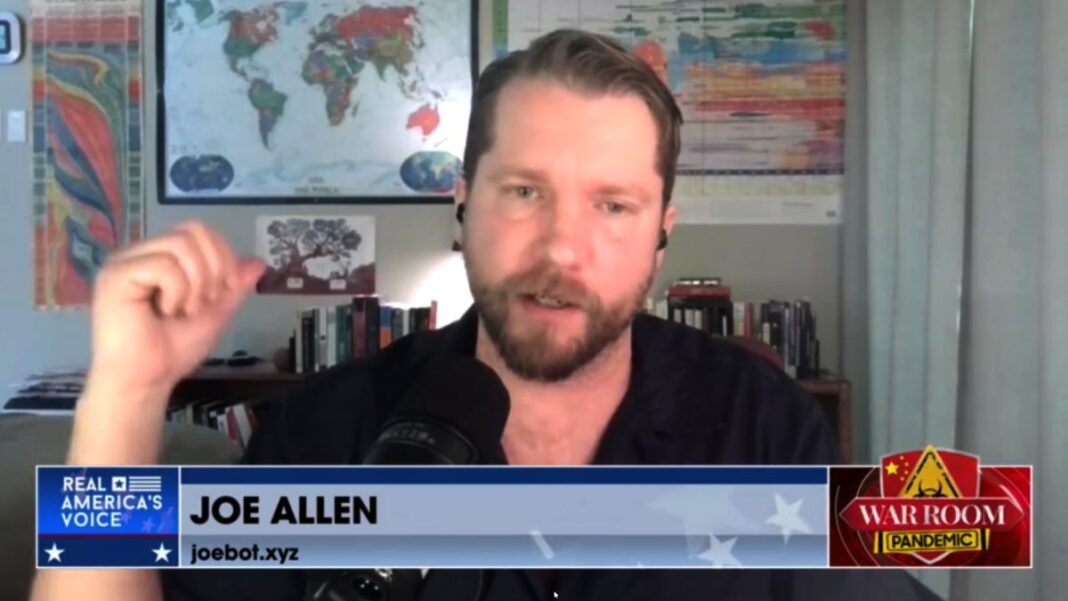 The first segment begins with three minutes of clips of Steve Bannon on the Tim Pool Show warning people about the Singularity and the coming revolution that will leave Homo sapiens behind. Then it returns to the studio, where Bannon and author Joe Allen continued their ongoing discussion of the dangers of transhumanism.

Joe Allen says, “Transhumanism as an idea, as a set of values, has come to pervade the technocratic elite that ultimately does dominate vast portions of our lives,” and then identifies five points that transhumanists see as leading to a transcendence of the human condition” but which regular people will see as robbing us of our humanity.