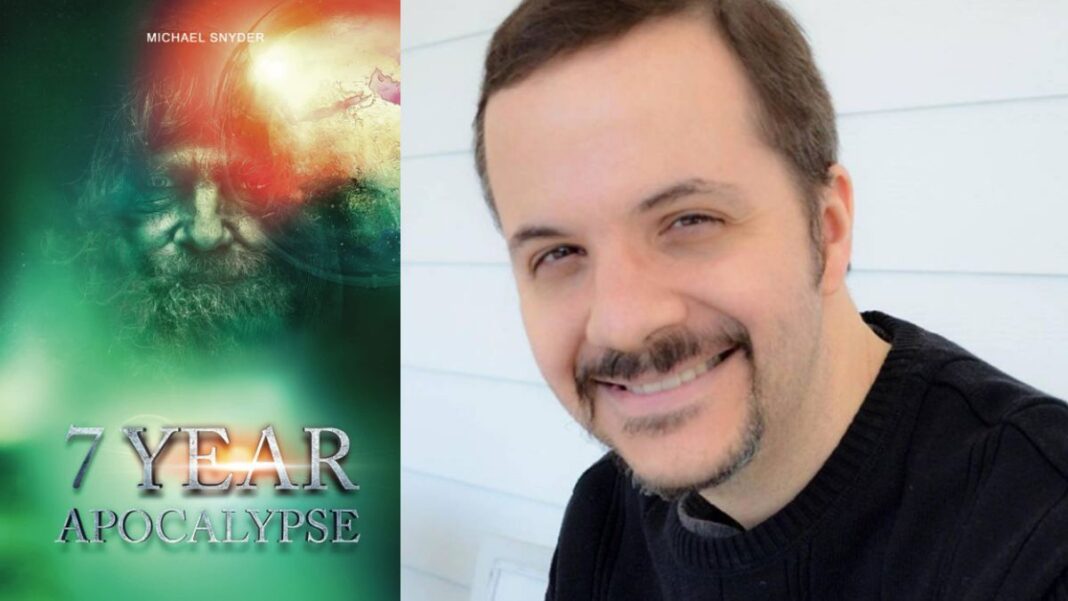 It all began with a very unusual series of dreams. Night after night, Michael Snyder kept having the same extremely vivid dream about the future, but at first he had no idea what those dreams meant. In a search for answers, Michael was led down some very deep rabbit holes which resulted in a chain of discoveries which will absolutely shock Christians all over the world.

In 7 Year Apocalypse, Michael explains that we are right on the verge of the most apocalyptic time in all of human history. Jesus specifically warned that there has never been a time like it before, and there will never be a time like it again. Our planet is about to go through a dramatic succession of horrifying cataclysms that will be far more nightmarish than most people would dare to imagine, but the vast majority of the population has no idea that this is about to happen.

Unfortunately, much of what has traditionally been taught about the coming 7 year apocalypse is simply not accurate. Michael’s previous books have changed the way that vast numbers of believers view the end times, and this book is destined to do the same.

Even though we are about to enter the most apocalyptic years the world has ever experienced. Michael also has a message of hope for those that have put their faith in Jesus Christ. God specifically placed you at this moment in human history for a reason, and the years ahead can be an absolutely amazing adventure if you have completely surrendered yourself to His purposes. All of human history has been building up to a grand crescendo, and we get to be here for it. This book will help you to understand exactly what is coming, and it will inspire you to face the cataclysmic events that are ahead with great confidence.

Michael Snyder is the author of four books, he has been a frequent guest on major radio and television shows all over the nation, and his websites have been viewed more than 100 million times. Michael’s articles are also republished on dozens of other major websites, and this includes some of the biggest alternative news websites on the entire planet. Michael and his wife Meranda are deeply concerned about the direction that this country is heading, and they are working very hard to bring renewal to America.