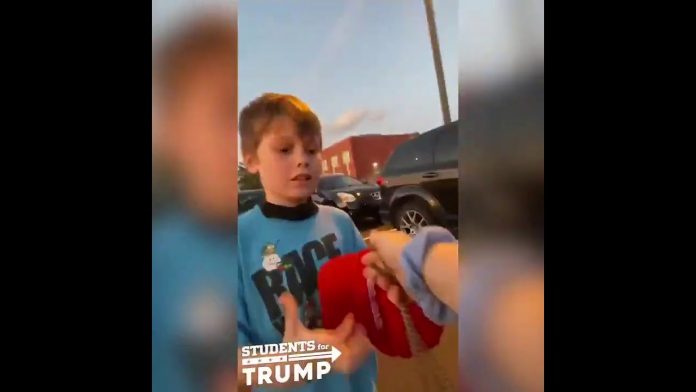 Outside of the DNC convention, Joe Biden supporters rip up signs belonging to Trump supporters, and attack and steal the hat of a 7 year-old boy. He is being attacked simply because he wears a @realDonaldTrump hat. The boys name is Riley and crying and upset, he asks his mom to call 911. The Joe Biden convention didn’t even address or condemn the violence in Democrat run cities, especially against children, or the violent riots also taking place in Democrat run cities.

Moments ago outside of the DNC convention, Joe Biden supporters attacked a 7 year-old boy.

He was attacked simply because he wore a @realDonaldTrump hat.

His name is Riley.
Watch it happen.
Listen to him cry.

Will Joe condemn this violence against Children?

Olivia Winslow has been charged with
→Robbery Second Degree
→Conspiracy Second Degree
→Endangering the Welfare of a Child https://t.co/tJSbI9XDxW pic.twitter.com/Z3zG6wh8C3