PEARL HARBOR, Hawaii—Thousands of people gathered here on Tuesday to commemorate the 80th Anniversary of the attack on Pearl Harbor.

The surprise assault by the Imperial Japanese Navy on Dec. 7, 1941, carried out prior to a declaration of war, plunged the United States into World War II.

The ceremony honored the fallen, encouraged the survivors, and brought healing and closure to the 396 families who waited for their loved ones to finally be identified. A smaller group of families, 33 in all, re-interred the remains of fallen warriors who have remained unidentified despite years of effort.

The Japanese arrived quietly on a Sunday morning with dive bombers, torpedoes, and suicide planes, raining terror throughout the Island.  One wave came, then a second, killing 2,402 people and wounding 1,143.

Amidst of chaos, acts of valor, bravery, and sacrifice quelled the destruction of war.  The survivors witnessing the fury in the skies sprang into action, fighting back until the last plane was no longer a threat.  Twenty–nine planes and five submarines were destroyed.

Lewis Walters, who was 16 at the time, and his father, George Walters worked in the Navy yard at Pearl Harbor. Walters recalled that his father did not have a weapon, but he used his crane to protect the USS Pennsylvania, keeping it in the path of incoming bombers and using the boom as a pointer to warn gunners of approaching planes.

Lewis was home when he heard the announcement over the speakers, “This is not an exercise.  This is the real thing.  All shipyard workers report to the Navy yard.”  He “zigzagged” trying to dodge the bullets; yet, his truck was damaged, spilling out into the road.  “I used pieces of it as a shield, as I ran toward the port, dodging bullets as I ran” he told reporters at Pearl Harbor.

When he arrived, he was instructed to help gather bodies and take them to a makeshift morgue.  He recalled spending many days working around the clock to make repairs on the ships.

Eight battleships were docked on “Battleship Row” sitting side-by-side as large floating targets, unmanned and defenseless.  As the bombs detonated, the ships became infernos with ammunition exploding and burning oil leaking from the vessels.  It became a race against time.

Fires and explosions continued for days making rescue missions nearly impossible.  As each ship was stabilized, the survivors removed the remains of their comrades and dive teams searched the black waters.

The majority of the US causalities were on the USS Arizona which was hit by several bombs nearly ripping the ship in half.  The ship exploded and sank within 9 minutes with 1,177 members on board, leaving 1,102 trapped on the ship and only 75 making it out safely.  There were approximately 260 others assigned to the ship, but they were not on board at the time of the attack.

The USS Arizona remains where it sank and is the base for the USS Arizona Memorial which is visited by over 1.8 million people each year.  Since the attack, 44 survivors have chosen to be interred with their shipmates.

The USS Oklahoma suffered the second-highest number of causalities being struck with nine torpedoes.  Within 15 minutes, the mighty dreadnought, measuring 583 feet and weighing over 27,500 tons, sank and capsized, trapping 429 crew members beneath the hull.

It took several months before she was eventually raised and the remains removed.  In various stages of decomposition, the remains were buried in mass graves and moved several times throughout the eight decades after the attack.

The USS Utah was hit by numerous torpedoes at the beginning of the attack, quickly capsizing and sinking with 58 crew members on board.  It remains submerged where it sank and for the 80th Anniversary, dive teams provided a live-stream tour of the ship, giving a glimpse into history.

Some of the battered ships sailed again eventually reaching the final battle on the Island of Okinawa. And the American troops rallied from Dec. 7, the Day of Infamy, to the Battle of Midway six months after the attack.

The large number of casualties created numerous challenges for proper identification and burial, resulting in many bodies being buried in mass graves while others remained buried at sea, some were encapsulated in their ship and others were never found.

Only 32 Pearl Harbor Veterans were able to attend the anniversary this year with two from the USS Oklahoma, one from the USS Pennsylvania, and one from the USS St. Louis:  a reminder that history is transitioning as these heroes are entering their late 90’s and 100’s. 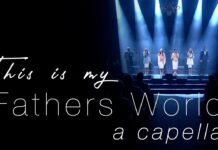 The Stories Behind the Traditional Hymns of Thanksgiving 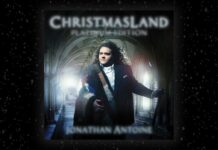 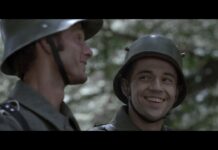 O’Donnell: A Bridge to Hell, The Tragic Last Hours of WWI