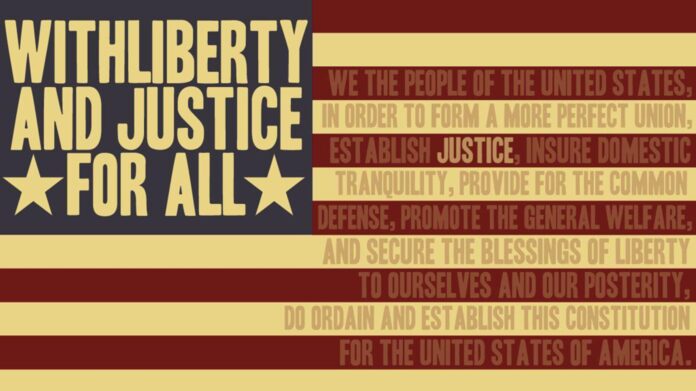 This seeming train wreck in which America currently finds itself was wholly premeditated for months. In one sense, it has been inevitable going all the way back to the 2018 Mid-Term elections in which the criminal and unconstitutional practice of “ballot harvesting” was concocted by leftist Democrats. With it, they were able steal seats in California, totally changing the landscape in such places as Orange County. Since it worked so well there, why not implement it on a national scale?

Concurrent with that was the malignant effort to fan the flames of fear over the Wuhan virus, so that as many Americans as possible would opt for the seemingly “safer” scam of mail-in voting. This was particularly successful with seniors, who are at greater risk from the virus.

Once vote counting started on Election Day, it quickly become obvious that President Trump was running away with it, so of course the fraud and cheating had to go into high gear. Counts simultaneously stopped in several key “swing states.” The timing of this startling development clearly showed that it was a coordinated event. And things only got worse from there.

In Philadelphia, Republican election judges were forcefully ejected from areas where votes were ostensibly being tabulated. President Trump’s nearly-million vote lead over Biden in Pennsylvania melted away. Elsewhere boxes of “ballots,” supposedly mailed in ahead of time, suddenly started appearing even after deadlines. And much the same has gone on in those other states.

Joe Biden has not been campaigning, and aside from uttering standard leftist Democrat mantras in truly Pavlovian fashion, can barely string a few words together to convey a coherent thought. Evidence of a full-scale attempted coup, being perpetrated on the nation behind a negligible “fig leaf” of “democracy,” is overwhelming.

So how can leftist Democrats hope to pull off such a flimsy scam? As is always the case, they are relying on the cowardice and complicity of RINOs. And once again, they are not being disappointed. Several key “Establishment” GOP swamp creatures have already stepped in, to give cover to the criminal actions of the Democrats. That’s how it always works, and always will, unless real Conservatives can prevail, and then significantly clean house in the Republican Party.

A prime example, though he is hardly alone, is Maryland Governor Larry Hogan. Ostensibly a “Republican,” but in a very blue state, Hogan steps extremely lightly in an effort to pander to his Democrat opposition. Prior to the election, he explained that he was casting a write-in vote for Ronald Reagan. On the heels of that self-aggrandizing exhibition of civic virtue, he has now called on President Trump to “concede.” Hogan sanctimoniously proclaims “Whether you like it or not, it’s time to get behind the winner of the race.” His real intent is for the President to surrender, and not contest any of the flagrantly criminal and unconstitutional Democrat election chicanery.

What Hogan and his kind don’t admit, or are indefensibly ignorant of, is that even if President Trump wanted to do so, as a matter of law he cannot ignore the abuses. An “election” in which the presumed winner is chosen by such nefarious means is not an election, and cannot be deemed such until the repercussions of all the cheating have been appropriately dealt with. The Presidency is not something Donald Trump can “bequeath” to Biden or anyone else, were he of such a mindset to do so. Unless Biden is properly, legally, and duly elected, nothing said by Trump or anyone else can make him president, as long as America remains a constitutional republic where the rule of law is paramount and government remains of, by, and for the people.

A Biden presidency would be horrendously destructive to the nation, were it legitimately established. But one that results from stealing the office, as is so obviously the effort going on here, would have even more pernicious repercussions. If the leftist Democrats can so transparently seize power, in total defiance of the law and any sincere exercise of a democratic process, they can and will do likewise on every occasion going forward. At that point, American self-government is dead. Nothing less is at stake here.

On January 20, 2017 President Trump swore an oath to “preserve, protect, and defend the Constitution of the United States.” The primary cornerstone of accomplishing that, according to the Constitution itself, is to “Establish Justice” by upholding the law. It is an oath that Joe Biden cannot genuinely take. And, as RINO traitors such as Hogan line up to collude in the seditious Democrat efforts, it calls into serious question their own faithfulness to the oaths any of them have ever taken.