Home Opinion Thought Spot A Lesson from James Madison: Loose vs. Strict Construction of the Constitution 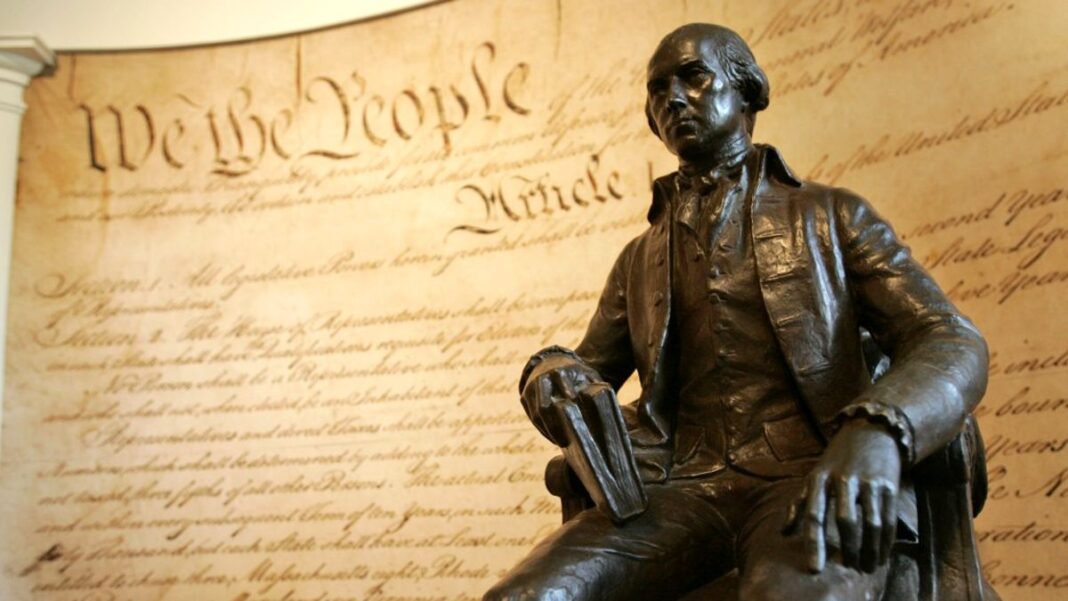 Are you for a strict or loose interpretation of our U.S. Constitution?

Suppose this question were asked in a national survey. A large percentage of people would probably identify themselves as supporters of loose interpretation of the U.S. Constitution. While it is true that today “loose” is the popular stance, to the conservative there is only one way to interpret the U.S. Constitution: strictly.

Those who read the Constitution and give its words a broad meaning are called loose constructionists. They look upon the document as something that needs to flex to be able to work and “keep up” with the times. In order to do this, loose constructionists twist the words of the Constitution until they are far from their original meaning as written by the founders. The “loose crowd” deliberately misconstrue the “necessary and proper” clause as an excuse to expand the powers of the federal government. This clause reads:

The Congress shall have power to . . . make all laws which shall be necessary and proper for carrying into execution the foregoing powers, and all other powers vested by this Constitution in the government of the United States, or in any department or officer thereof. [Article I, Section 8]

Many who quote the “necessary and proper” clause in defense of loose interpretation tend to focus on those three words, overlooking the rest of the clause—which says Congress can make these laws “for carrying into execution the foregoing powers, and all other powers vested by this government of the United States.” By “foregoing powers” is meant the list of what Congress has the power to do (Article 1, Section 8). Some examples of these powers include to lay and collect taxes, provide for the common defense, coin and regulate the value of money, regulate commerce with other nations, and declare war. In other words, the “necessary and proper” clause merely gives Congress the power to enact the legislation needed for carrying out these duties listed.

Founding Father James Madison has this to say on the subject: “If the instrument [U.S. Constitution] be interpreted by criticisms which lose sight of the parties to it, in the fascinating pursuit of objects of public advantage or convenience, the purest motives can be no security against innovations materially changing the features of the government.”

And we should also keep in mind the times during which the Constitution was framed. The nation had just come through a long war against tyranny and for independence, in part because the colonists had resented the encroachments of big government. Is it reasonable that they would agree to set up a government carelessly granting Congress unlimited power? “This is not an indefinite government deriving its powers from general terms,” Madison explained, “. . .but, a limited government tied down to the specified powers, which explain and define the general terms.”

Loose construction brings upon us gobs of laws (which are both unnecessary and unproper), tears away at the foundation of our God-given rights, and contradicts the founders’ intentions of the way a free government should function. Even in his day Madison warned, “If not only the means, but the objects [of the Constitution] are unlimited, the parchment had better be thrown into the fire at once.”