“Why are all successful people leftists?” said my daughter, challenging me with a smile.

“Not all of them. Those leftists are just very loud,” I replied. I knew she meant Mark Zuckerberg, Jack Dorsey, Jeff Bezos, Tim Cook, Bill Gates, and other powerful people who are trying to change the world according to their imagination.

However, it is true that a lot of ultra-wealthy are leftists. Why? I have to find the answer because many young people look up to them and believe that their beliefs are the truth.

I am also curious about one thing—why do these elites support communist radicals, while the radicals smash their stores and even put up a guillotine outside of Bezos’s house?

After reading quite a few insightful books, I learned that what is happening now is nothing new. Since the late 19th century, Western elites have been fascinated with communism and have supported its cause. In the pursuit of utopian ideals, traditional values have been trashed, America has been brought to the brink of socialism, and hundreds of millions of people around the world have been thrown to the bloodthirsty communist beast.

Even now, this pursuit is ongoing.

Alliance of Western Elites and Communist Revolutionaries in Russia

“They [Lenin and Trotsky] created a revolution with no more than about 10,000 revolutionaries. They needed assistance from the West, and they got assistance from Germany, from Britain, and from the United States … In 1918, the Bolsheviks really only controlled Moscow and what was Petrograd which is now Leningrad. They could not have beaten off the White Russians, the Czechs who were in Russia at that time, the Japanese who entered. They could not have beaten it off without assistance from the United States and from Britain.”

“After the revolution … they [the Bolshiviks] could not operate the plants. So what do we do? With Averell Harriman and the Chase National Bank and all friends on Wall Street, they go in there. … We have these 250–300 concessions with which American companies went into Russia, and they started up the idle plants … All these top capitalists went in and they got Russia going on behalf of the Bolsheviks, because the Bolsheviks either shot or kicked out all the people out of Russia who would run the plants.”

Should America Have A National Divorce? 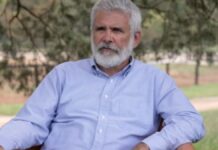