Home Opinion What? A Political Spoof: The Curious Case of Re-Appearing Classified Documents 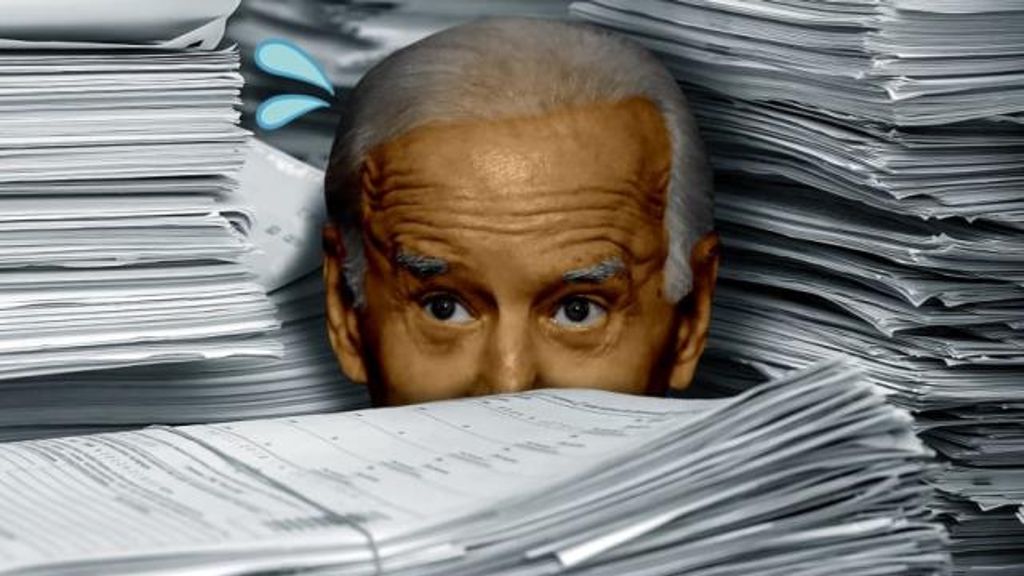 In early January, CBS News reported that a set of classified documents was found at Biden Center for Diplomacy, also known as a Joe Biden “think tank.”  When this discovery was made public, Democrat Hank Johnson had this to say:

Apparently, the good congressman thinks that it’s not the guy who mishandled classified information that should be investigated, but the people who “conveniently discovered” the documents.  He is correct in this regard – people who believe Joe Biden created a “think tank” do, indeed, deserve serious scrutiny.  It’s been a while since Joe Biden thought of anything.

But the “timing of it” is curious.  Joe Biden’s lawyers discovered the first set of documents in early November, but the White House did not make it public until early January.  The timing of the disclosure was indeed “convenient” for Joe Biden because it was done safely past the midterm elections.

When the second set of documents appeared in Mr. Biden’s Wilmington residence the “conspiratorial” voices started getting louder.  Here is Joy Behar:

Ms. Behar, apparently, has not abandoned her heroic six -year mission to “get Trump,” and she feels like the Mar-a-Lago raid got her “this close.”  I got news for Joy: she didn’t get any closer than she did with the “Russia collusion,” “the insurrection,” or her other attempts to “get Trump out of office.”   The Mar-a-Lago fishing expedition did not even get her within a hundred-mile radius.

The disgraceful intrusion into the former President’s residence happened in August of last year.  DOJ justified the raid by saying that this was the only way to prevent our nuclear secrets from being sold to Putin, or Kim Jon Un, or even worse – Hunter Biden.  The documents were of such sensitive nature and of so much importance that the indictment of Trump was coming any day.  Since then, the DOJ went mum.  No information was forthcoming about the discovery.  It is not a huge conjecture that the newly elected Republican House was destined to ask questions sooner or later.

Historically, it is not unprecedented for outgoing public officials to take “extra” things with them – for the purposes known only to them.  If important documents are found in their possession later, the situation is usually resolved as a private matter.  There was no reason to believe President Trump’s case should have been handled any differently.  But the desperate DOJ, under pressure from the Democrat Party to indict Trump for anything to prevent him from running again, used the documents situation to orchestrate a raid which they now have to answer for.

Which is where the hapless Joe Biden comes in.  If anybody wanted to damage Joe’s reputation by accusing him of the same offence that Trump was “guilty” of, finding some classified documents that his staff haphazardly took when he left office – as it happens to many public officials – would be the most obvious way.  But who would do such a thing?

“The evil Republicans” seems to be the obvious answer, except such a move now would be of no use to the Republicans.  Their investigation into Joe and Hunter’s shenanigans would likely carry a lot more ammunition against the sitting President than any classified documents that he possessed, that no prosecutor would bring a case against, according to the Comey standard.

And then again, there is the curious issue of timing.  The discovery was made before the midterms, so if the Republicans were behind it, why wouldn’t they leak it to the press right then and there?  Joe Biden’s position going into midterms was extremely shaky.  His approval numbers were plummeting, and his party was widely predicted to suffer a huge blowout.   The discovery of the documents would have surely sealed the deal for the Republicans, it seems.

Should that have happened, the pressure on Biden to get out of the 2024 Presidential race would have likely become hard to withstand.  The Democrat party, however, did much better than expected.  Whatever reason you have for Republicans doing poorly – Joe Biden took it as a validation of his tremendous accomplishments, and a sign that he has his party’s full support.  Over his 154th, and last, vacation of the year, over a candlelight dinner, Jill Biden convinced her husband to run again.

And that is when the steady stream of documents started to “conveniently” appear in places that Joe Biden used to frequent.  First, at his “think tank.”  Then, in his garage.  And then, at his personal residence.  Methinks the “curious” discoveries will continue until Joe Biden reconsiders his second Presidential run.

A few days ago, Joe Biden assured us that the classified documents, the contents of which still remain unknown, were securely locked next to his corvette.   My question would be if his garage was securely locked, how did the documents get “planted” there?  Perhaps, Joe should urge the DOJ to start raiding the residences of his presidential rivals.  I would not be surprised if a copy of Joe’s garage keys turns up on Gavin Newsom’s nightstand.

PS: this article is intended as satire.  Any resemblance to  future events is entirely random and purely coincidental.