The above audio was posted on YouTube by two Russian comedians nicknamed ‘Vovan’ and ‘Lexus’. In the audio Adam Schiff, who is the U.S. Representative from CA 28th District, and the ranking Democratic member of the House Intelligence Committee, believes he his talking to Andriy Parubiy, the chairman of the Ukrainian Parliament. Schiff can be heard discussing claims that the Federal Security Service (FSB) has naked pictures of President Trump.

It was stated in The Daily Mail reports that the ranking Democrat on the House Intelligence Committee was the victim of a prank phone call by Russian comedians who offered to give him ‘compromising’ dirt on Donald Trump – including nude photos of the president and a Russian reality show star. DailyMail.com can disclose that after the prank, his staff engaged in correspondence with what they thought was a Ukrainian politician to try to obtain the ‘classified’ material promised on the call. See below:

EXCLUSIVE: Adam Schiff sent his staff to try and collect ‘classified materials for the FBI’ after Russian pranksters told him Putin has NAKED blackmail pictures of Trump 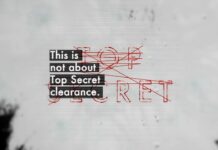