Taliban fighters are going door-to-door and forcibly marrying girls as young as 12 and forcing them into sex slavery as they seize vast swathes of the Afghanistan from government forces.

Jihadist commanders have ordered imams in areas they have captured to bring them lists of unmarried women aged from 12 to 45  for their soldiers to marry because they view them as ‘qhanimat’ or ‘spoils of war’ – to be divided up among the victors.

Fighters have then been going door-to-door to claim their ‘prizes’, even looking through the wardrobes of families to establish the ages of girls before forcing them into a life of sexual servitude.

The women and girls’ brutal treatment is just the latest sign of Afghanistan’s military collapse, which has prompted the Afghan president to sack his top commander.

One female journalist described fleeing a city in northern Afghanistan – which she did not name – and going into hiding with her uncle for fear the Islamists would hunt her down and execute her.

The 22-year-old said she fled under the noses of Taliban gunmen while disguised beneath a burqa and went with her unclear to a nearby village – but was forced to flee again after informants told the militants of her presence.

Now holed up in a remote location somewhere in the country’s north, she said she fears for her life and the safety of her family –  ‘Will I ever go home? Will I see my parents again? Where will I go? How will I survive,’ she said.

Meanwhile terrified locals who fled the city of Kunduz – captured by the Taliban last week – have told of reprisal attacks carried out by jihadist fighters who hunted down anyone linked to the government and beheaded or executed them.

The Taliban has now captured nine of Afghanistan’s 34 provincial capitals and placed most of the country’s largest cities under siege in a lighting-fast assault that has seen government forces largely capitulate. 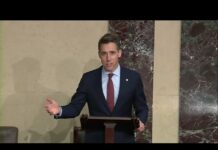