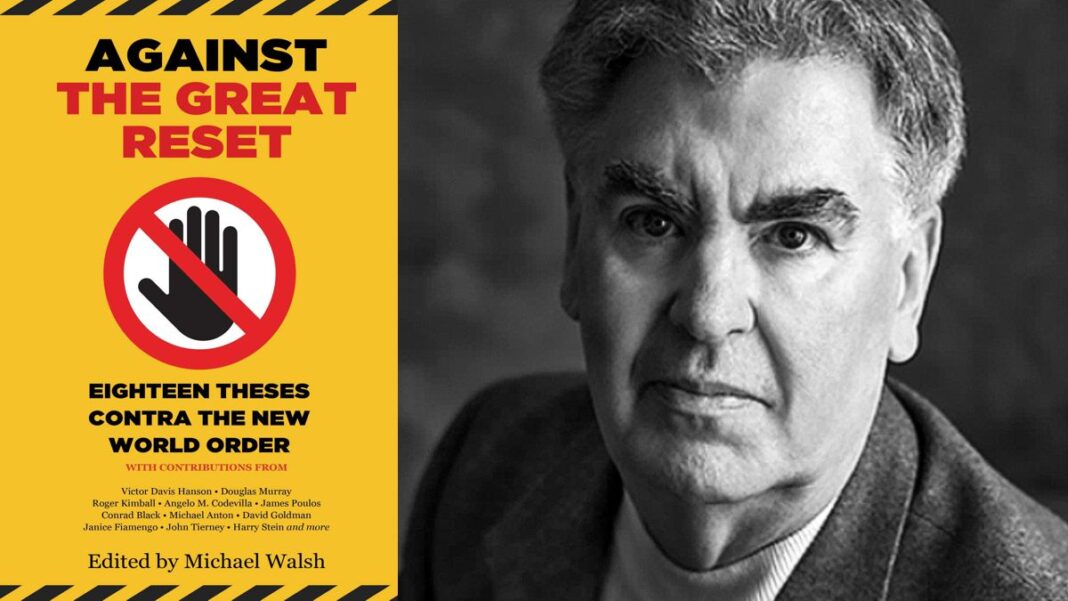 Much more than a collection of essays by eminent writers, Against the Great Reset is intended to kick off the intellectual resistance to the sweeping restructuring of the western world by globalist elites.

In June 2020, prominent business and political leaders gathered for the 50th annual meeting of the World Economic Forum in Davos, Switzerland, under the rubric of “The Great Reset.” In the words of WEF founder Klaus Schwab, the Great Reset is a “unique window of opportunity” afforded by the worldwide COVID-19 panic to build “a new social contract” ushering in a utopian era of economic, social, and environmental justice. But beneath their lofty and inspiring words, what are their actual plans?

In Against the Great Reset, Michael Walsh has gathered trenchant critical perspectives on the Great Reset from eighteen eminent writers and journalists from around the world. Victor Davis Hanson places the WEF’s prescriptions and goals in historical context and shows how American politicians justify destructive policies. Michael Anton explains the socialist history of woke capitalism. James Poulos looks at how Big Tech acts as informal government censors. John Tierney lays out the lack of accountability for the unjustified panic over the virus. David Goldman confronts the WEF’s ideas for a fourth industrial revolution with China’s commitment to being the leader of a post-western world. And there are many more.

These writers see the goal of the Great Reset as not just a world without racism, disease, economic inequality, or fossil fuels—but rather, a world with no individual autonomy and power in which our betters rig the system for their own purposes. Find out what the Great Resetters ultimately have in store for you, and join the intellectual resistance—before it’s too late.

The author of sixteen novels and non-fiction books, Michael Walsh was the classical music critic and a foreign correspondent for Time Magazine, and received the 2004 American Book Awards prize for fiction for his gangster novel, And All the Saints. His books The Devil’s Pleasure Palace and The Fiery Angel examine the enemies, heroes, triumphs, and struggles of Western Civilization from the ancient past to the present, while Last Stands (2020) explores the reasons why men fight to end when all is lost. He divides his time between Connecticut and Ireland.