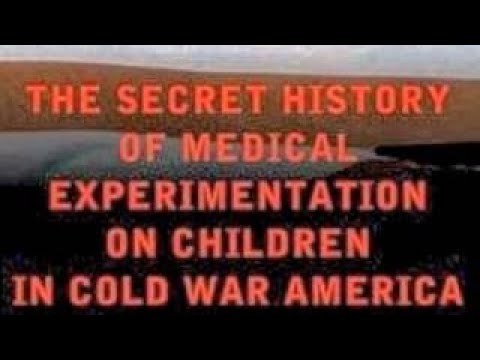 During the Cold War, an alliance between American scientists, pharmaceutical companies, and the US military pushed the medical establishment into ethically fraught territory. Against Their Will reveals the little-known history of unethical and dangerous medical experimentation on children in the United States. Through rare interviews and the personal correspondence of renowned medical investigators, Hornblum, Newman, and Dober document how children from infants to teenagers, became human research subjects in terrifying experiments. They were drafted as “volunteers” to test vaccines, doused with ringworm, subjected to electric shock, given lobotomies, and exposed to chemical warfare agents. This groundbreaking book shows how institutional superintendents influenced by eugenics often turned these children over to scientific researchers without a second thought. Based on years of archival research, this is an important and disturbing look at the dark underbelly of American medical history.

“The authors do a terrific job of striking the right balance in detailing one of the darkest chapters in modern American medicine, perpetrated by some of the brightest women and men in the field who were affiliated with among the most prestigious scientific and medical institutions in this country.” ―The Boston Globe

“Against Their Will is a powerful, important book, which lucidly documents one of the most shameful–and frankly horrifying–chapters in American history. I hope that it will be widely read and discussed, and that as we confront this past, it will prompt us to think of this question: How are we doing today as a society when it comes to protecting and nurturing our most vulnerable children?” ―Robert Whittaker, author of Anatomy of an Epidemic

“Against Their Will is a chilling book that will open your eyes to one of the darkest chapters in our nation’s history. Sometimes disturbing, at times appalling, it is the kind of book that keeps you turning pages to find out more. The authors have researched the subject in depth and have done a masterful job documenting what, to most of us, is shocking and unthinkable. Highly recommended.” ―Andrew Goliszek, author of In The Name of Science

“Against Their Will is a moving and impressively researched account of science gone awry, and it’s full of unjustly forgotten stories from a dark era. It will engross anyone interested in medicine’s past, the institutional treatment of children, and the best of investigative writing.” ―Jack El-Hai, author of The Lobotomist: A Maverick Medical Genius and His Tragic Quest to Rid the World of Mental Illness

“The authors of Against Their Will have done an outstanding job in identifying these egregious events and critically reviewing the fascinating, sociopolitical circumstances in which they occurred. This thoroughly researched, highly absorbing book will undoubtedly have a significant positive impact upon medical research in future years. A truly marvelous contribution to patient safety and human dignity by three erudite authors.” ―Cyril Wecht, MD, author of From Crime Scene to Courtroom

“Horrifying and painstakingly documented history…[of] the chilling legacy of negative eugenics–the sickening imperative to prevent the survival and reproduction of the least fit–and the push by the 20th-century medical establishment to find cures and treatments by using children as human guinea pigs…At least now, their voices are heard.” ―Publishers Weekly

“The harrowing story of the exploitation of institutionalized children in American medical research.” ―Kirkus

Allen M. Hornblum is the author of five books, including Acres of Skin and Sentenced to Science. His work has been featured on CBS Evening News, Good Morning America, NPR’s Fresh Air, BBC World Service, and The New York Times.