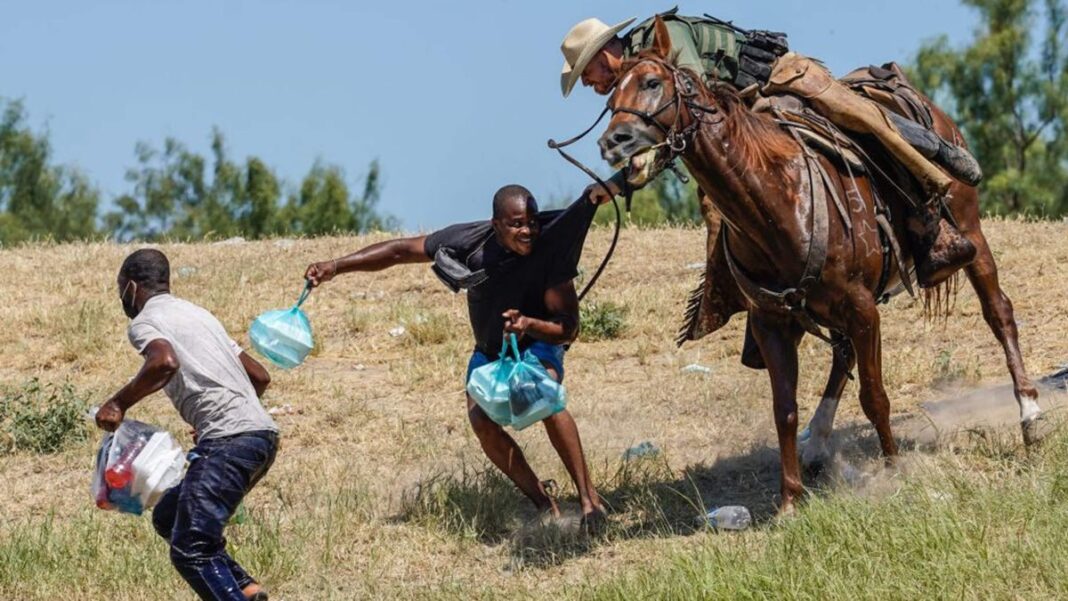 DEL RIO, Texas—The U.S. Border Patrol agents who were falsely accused of striking illegal immigrants at the U.S.-Mexico border have had their careers “ruined” by President Joe Biden, the head of the agency’s union told The Epoch Times.

“Their careers were ruined by this president,” said Brandon Judd, president of the National Border Patrol Council.

A slew of media outlets in the fall of 2021 claimed Border Patrol agents on horseback whipped Haitian aliens who were entering the United States by crossing the Rio Grande at Del Rio, Texas. The outlets later backtracked on the claims.

Biden told reporters that he observed the agents “strapped” the immigrants, calling what happened “outrageous.”

“I promise you, those people will pay. They will be—an investigation is underway now, and there will be consequences. There will be consequences. It’s an embarrassment. But beyond an embarrassment, it’s dangerous; it’s wrong. It sends the wrong message around the world. It sends the wrong message at home. It’s simply not who we are,” the Democrat said at the time.

However, an internal review released on July 8 said there was “no evidence” that agents “struck any person, intentionally or otherwise.” Further, U.S. prosecutors declined to charge any of the agents involved, Customs and Border Protection (CBP) revealed.

“The president accused them of a criminal act. He has not apologized for that,” Judd told The Epoch Times.

He said he does not expect Biden or Vice President Kamala Harris, who said she was “outraged” by the treatment of illegal immigrants, to apologize.

The White House did not respond to a request for comment.

The agents were quickly placed on administrative duty after the widespread coverage of the incident on Sept. 19, 2021. At the time up to 30,000 mostly Haitian illegal immigrants had entered the United States and created a makeshift camp under the international bridge while waiting to be processed by Border Patrol. Rumors of a riot had been circulating as conditions deteriorated.