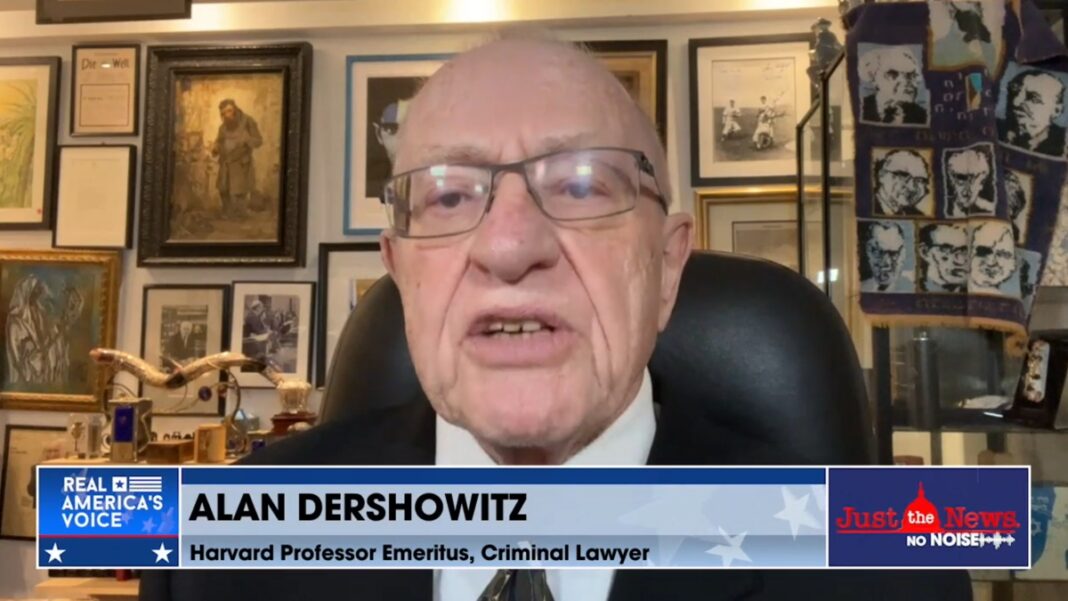 “Article One limits the power of Congress through legislative actions,” Dershowitz said

“In my view, it’s clearly unconstitutional,” Dershowitz said on Monday’s edition of the “Just the News, No Noise” TV show. “Article One limits the power of Congress through legislative actions. This is not a legislative action — naming a specific individual and referring them to the Justice Department. It’s not legislative and it tramples on the authority of the executive branch.”

“The 14th Amendment provides one specific time when Congress may in fact, act against an individual,” he later continued. “That is if the person was engaged in an insurrection or rebellion, like in the Civil War, and they didn’t act under that provision.”

Dershowitz said that he believes that the Justice Department will accept these referrals and will most likely ignore them.

“I think the Justice Department will be polite and accept them, and then go on with its own investigation,” he stated. “Remember, they now have a special counsel. They have the ability to investigate. They have a much higher standard of prosecution than Congress does. So they will politely ignore what Congress has said.”

According to the Harvard law professor, the law has been weaponized and it is becoming more and more obvious to everyday Americans.

“We’re seeing the law weaponized and once the Republicans get power, they’ll probably do some of the same thing,” Dershowitz concluded. “So the American public has to be protected against the weaponization of our legal system for partisan purposes.”