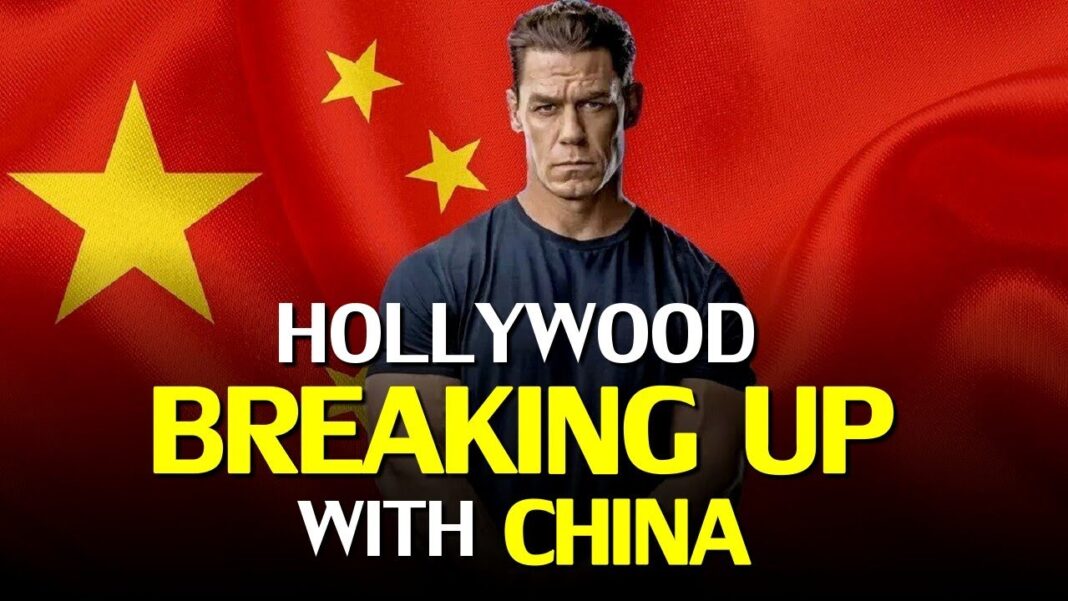 Lost in the din of the greatest American foreign policy debacle since World War II, a mysterious and very positive dénouement occurred with Chinese Communist Party (CCP) influence operations. Under concealment from the focus on Afghanistan, the CCP has essentially withdrawn from Hollywood and the financial infusion of cash that has kept the legacy motion picture production industry alive for almost 20 years.

In true Sun Tzu-ian fashion, the CCP choreographed a complex, disciplined, and orderly Dunkirk-like withdrawal from Hollywood, as opposed to the deadly, shameful, haphazard rout overseen by the Biden administration.

“Unlike the U.S. in Afghanistan, the CCP achieved exactly what it set out to do,” said Lance Crayon, Hollywood writer and documentary filmmaker.

I would suggest three major reasons. First, in accordance with their market sector takedown strategy, the CCP will surge to learn, understand, overwhelm, and supplant the American providers of the goods and services. In this case, it’s the legacy motion picture production facilities in and around Hollywood. I would suggest that market sector flagship CCP influencers such as TenCent have achieved their strategic end state in motion picture production and have now supplanted their American hosts. They’re consuming the cadaver of legacy Hollywood and have taken over. Just like textiles, electronics, consumer drones, and light and medium manufacturing, TenCent and other Chinese media firms have completed the takeover cycle. Part of the takeover cycle is moving production back to China—which they essentially have. They don’t need Hollywood anymore.

There are two other reasons in play. The first is the simple numerics of audience base. The U.S. population is roughly 330 million. The Chinese population is roughly 1.4 billion. If you were going to make China-centric films, which audience would you go after? The choice is intuitive. The second reason: The Chinese are short on cash to deploy for influence operations. If they have achieved their strategic objectives and are retrograding production to China, no need to deploy influence funds to Hollywood any longer. The CCP is showing increased central control of several market sectors and personalities, so the Hollywood situation is just one of the tentacles of CCP civil-military fusion action, and they can downsize the cash flow to support this effort—the mission has been accomplished.

The CCP Hollywood withdrawal is part of an even bigger trendline—possibly one that’s positive for those of us working to stare down the CCP.

Xi Jinping’s takedown of the Ant Group initial public offering in November 2020 was a tsunami in several ways. It was a baffling takedown of the leading economic force and personality in China, Jack Ma. For a small, valiant group led by Roger Robinson, it was manna from heaven.

“To our surprise, Xi turned out to be a one-man wrecking ball for Jack Ma and much of China’s tech sector vis-à-vis the capital markets,” Robinson said.

It was stunning—but it was the first of many. Why in the world would Xi conduct a ransacking of his leading flagship companies?

Xi is trashing the house he lives in. He’d rather take out personalities that could possibly challenge his rule than see China thrive.

With the Didi fiasco—largely unobserved by most, BlackRock, led by the unabashed virtue signaler and poster child for woke executives, Larry Fink, has lost a not insignificant amount of wealth. George Soros has come out aggressively against China, both economically and also as the greatest threat to the liberal, democratic, republics of the world. What an odd comment coming from the worldwide creator of intrigue, but sometimes odd bedfellows are necessary.

Overall, the economic indicators have now turned south on China. Xi is willing to accept economic pain in return for security and unassailable power. Possibly, after years of irrational exuberance, the Chinese Economic Miracle, foisted upon the world by the CCP, is being revealed for what it is—ruthless totalitarianism.

So How Do We Capitalize Upon This Victory?

As we attempt to make sense out of the Biden administration’s nonsensical foreign policy in the wake of the shameful Kabul episode, the question for the future is what is Biden’s view on Chinese military and civil-military fusion adventurism? The Afghanistan debacle is very reminiscent of the way in which Biden directed an Iraq pull-out with no negotiated Status of Forces Agreement in 2011, which allowed the rise of violent bloodshed in Iraq and Syria and the unleashing of ISIS.

Hopefully, the current administration focuses on an international alliance to constrain China from lashing out. The new nuclear agreement with the United Kingdom and Australia is very promising, but we should also expand participation and agreements to include India and Japan. A more formal “Five Eyes Plus” is in order—I advocated strongly for this when I was in office.

The CCP Hollywood withdrawal removes the thin veneer and exposes the dry rot of totalitarian China. In many ways, America and the world gets a “twofer.” CCP-led China is under immense, self-induced duress and exposing its vulnerabilities, and we are also somewhat liberated from the clutches of woke crazed Hollywood and their relentless virtue signaling and lecturing. Hollywood has been pushed out the door and left on the street corner without their primary investor and patron for the last 20 years. Good riddance to both.