Home Previews Books America in Perspective: Defending the American Dream for the Next Generation 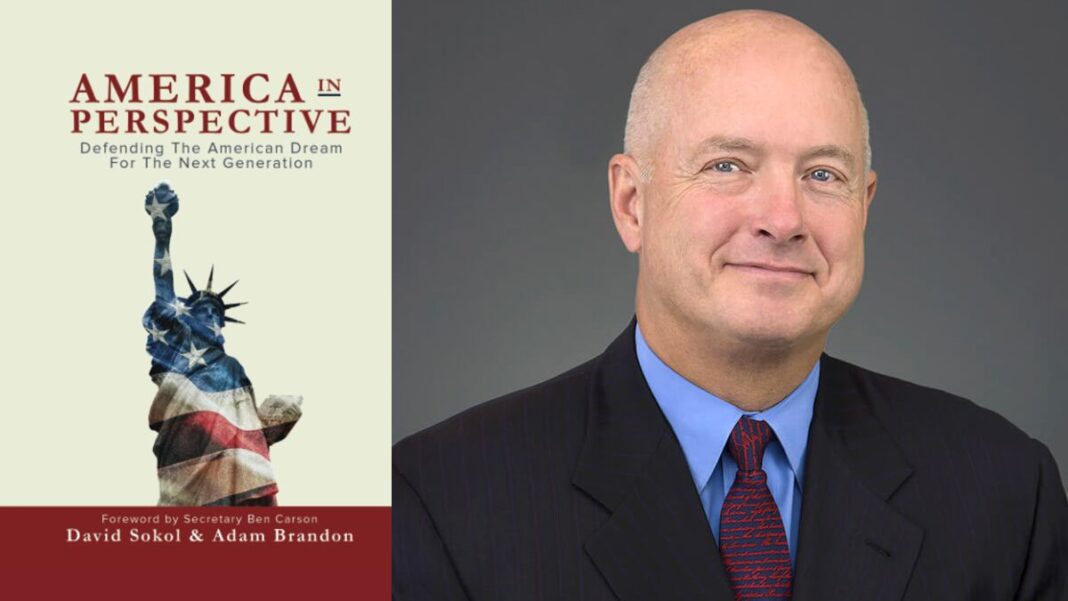 America in Perspective defends the defining American values of meritocracy, self-healing, and freedom by reviewing world history and charting a path forward.

America in Perspective argues, without hesitation, that America’s best days are ahead if only we can continue to embrace the ideas and values that got us here in the first place. When faced with challenges and conflict, our system of government allows us to self-correct and self-heal, and world history shows that this approach is uniquely American. Today, essential American values are being discredited, such as the American Dream and our meritocratic spirit. America in Perspective reviews American history, warts and all, and presents a path forward for modern America to secure a free and prosperous future for the next generation of Americans.

America in Perspective critically and comprehensively examines American history, analyzing the difficulties faced since our founding toward the advancement of equal rights and freedoms for all, to define a path forward for today’s greatest challenges. Major themes include restoring the American Dream for future generations by embracing meritocracy; our self-healing nature and ability to self-correct within the confines our Constitution and system of government (a rarity in world history); and the need for leaders to build consensus with the American people to change our laws.

“In America In Perspective, David Sokol and Adam Brandon powerfully make the case for preserving our constitutional system of government. America’s problems are solvable–if we use the means the founders provided to us. America In Perspective traces our nation’s rich history of doing just that.” ~ Senator Mike Lee

“America is unquestionably a force for good in the world. We have a unique ability to heal divisions and overcome our past mistakes. Those who doubt American greatness need only to read America In Perspective, which offers an optimistic vision for the future of our great country.” ~ Bob Woodson

“America In Perspective offers a timely defense of the American Dream, which today is under threat like never before. Through a free economy with no unnecessary governmental interference; meritocracy; and equal opportunity, we can beat back these threats.” ~ Steve Forbes

Adam Brandon is the President of FreedomWorks, a grassroots service center to millions of activists who support smaller government, lower taxes, free markets, personal liberty, and rule of law. Adam joined FreedomWorks in 2005, starting in the press department and gradually moving into a management role. Adam is responsible for setting the priorities of the entire family of FreedomWorks entities, including a 501(c)(3) foundation, 501(c)(4) issue activism effort, and two political action committees. Before FreedomWorks, Adam worked as a state-level campaign manager, high school teacher, and non-profit press secretary. Needless to say, each role taught him the skills to achieve strategic goals in an environment of scarcity. Adam earned a B.A. from George Washington University and master’s degrees from Georgetown University, George Washington University, and Jagiellonian University in Krakow, Poland. If he’s not in a suit, you can bet Adam is wearing his Jim Brown jersey, watching the Cleveland Browns with his wife, Jacqueline and son, Pierce.