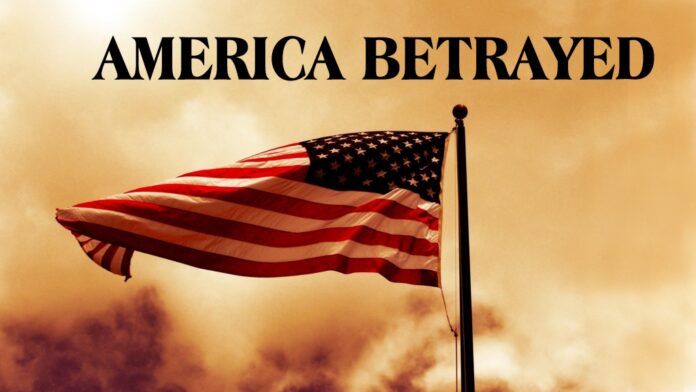 Over the past weekend, former New Jersey Governor Chris Christie proclaimed the Trump legal team to be “a national embarrassment.” So in the midst of the leftist Democrat effort to steal the 2020 Presidential Election, arguably the greatest crime and betrayal ever attempted against the American people, Christie comes out on the side of the attempted coup. We should not be surprised.

Such treachery is precisely why Chapter 7 of my book “Rules for Defeating Radicals” is characterized as the single most important chapter of the entire work. Its title “RINOs: The Essential Alinsky Fifth Column,” unmasks those so-called Republicans who claim to be “on the right” when convenient, but who always undercut real conservatism at critical junctures. They are often the determining factor in leftist successes against America. Until our side fully grasps who they are, and why they need to be rooted out and sent packing, we can always count on them to do the dirtiest of leftist “dirty work” at the bidding of the Democrats.

With the 2020 election theft hardly a “done deal,” and those Americans, including the Trump Team, who seek to uphold the law and Constitution fighting for their lives and the very future of the nation, such a proclamation from the likes of Christie is the ultimate effort to deliver us a fatal stab in the back. It comes on the heels of other similar duplicity from the predictable cadre of RINOs, including the McCain clan, former Arizona Senator Jeff Flake, and Maryland Governor Larry Hogan.

The propensity of self-serving and unscrupulous political gamers to swarm like moths towards the seeming brightest lights of power is nothing new. Still, their disloyalty needs to be underscored, and they need to be indelibly tagged as forever untrustworthy. Their willingness to suddenly and loudly proclaim themselves to be the “Second Coming of Ronald Reagan” come the next election cycle is no sign of a “change of heart.” Rather, it further proves their total contempt for the conservative voting base whom they are seeking to con, in preparation for future betrayals.

From their perspective, the wholesale theft of the 2020 Presidential Election is really no big deal, and only reflects the ongoing ebb and flow of American politics. But such a view of the current situation reveals just how out of touch they have become, how contemptuous they are of the actual principles of our Nation’s founding, and their total indifference to mortal threat facing America as we have known and loved it. This is not just “another election.” Any pretense of it as such is inexcusable among those claiming to be on the right. More specifically, it is the false flag under which they choose to roll over in the face of the attack, followed by the standard empty promises of something better to come.

Republican House Minority “Leader” Kevin McCarthy (R.-CA) epitomized the futility of this mindset with his claims of a possible GOP House majority in 2022. McCarthy appears to be oblivious to the fact that if the 2020 coup against America isn’t turned back, there will be no legitimate election in 2022, or at any point in the future. Can someone in his position really be so clueless as to expect a restoration of truth and justice at the hands of those who are leading the leftist onslaught?

Leftist Democrats, now believing the total overthrow of the Constitution and the rule of law to be within their grasp, are becoming more emboldened as they proclaim their seditious and despotic agenda. The marginalization and suppression of their political opposition is increasingly being promised, along with threats of official retaliation against any who dare to stand in their way.

This is no longer the America of competing parties of sincere patriots, who love the country while ascribing to differing domestic and foreign worldviews. The criminal abuses of power of recent years, particularly within the cesspool of the Clinton and Obama administrations, are but harbingers of the massive scale of devastation to the American ideal which they fully intend to inflict, the moment they believe they can get away with it.

The leftist Democrat war on America, pursued insidiously over the past five decades, and with vastly more brazenness since 2016, has become a full, frontal assault. Barring a direct and decisive counterpunch, it is delusional to think that any genuine vestige of our God-given rights and freedoms could survive the leftist monstrosity that would supplant government “Of the people, by the people, and for the people.” This is crunch time for real American Patriots. And any who contend otherwise divulge which side they have chosen.

For the rest of us Americans who love the greatness of our country and want to preserve it for our posterity, we have no choice but to continue this fight; no option but to prevail. 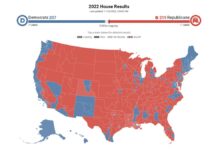 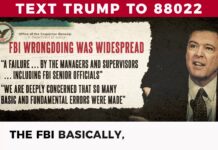