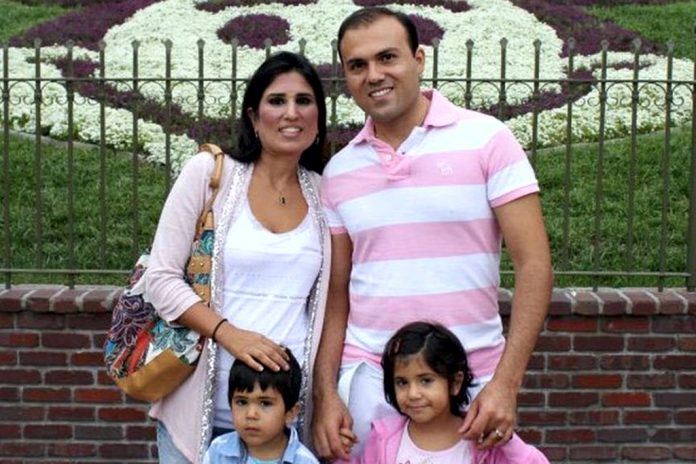 Naghmeh Abedini, the wife of Pastor Saeed Abedini, who is currently serving an 8-year sentence in Tehran, Iran, has written a long letter describing the ordeal of their experience, saying that it is a real human story that crosses political and religious barriers.

“This nightmare and the plea for my husband’s life should cross religious and political barriers,” Nagmeh writes in her letter, posted by the American Center for Law and Justice, which is representing her and the couple’s two children, living in Idaho.

The Iranian-born pastor has been inside Evin Prison in Tehran ever since his arrest in September 2012 and his subsequent sentencing. The Iranian court convicted him of endangering national security, but the ACLJ says that the real reason behind the trial was that Abedini has helped many Christians in underground churches in Iran since his conversion to Christianity in 2000.

As Nagmeh writes, her husband had been building an orphanage in Iran when he was taken by authorities.

“It has been 9 months since Saeed kissed the little foreheads of our children as he said his goodbyes early in the morning of June 22, 2012,” the American mother writes.
“Nine months since Daddy sung to them and tucked them into bed, and 9 months since I embraced my husband as we said our goodbyes, thinking at the time we would be separated only a few weeks, as he returned to Iran to continue work on building an orphanage,” she added.

A 32-year-old Iranian, Saeed Abedini, who is a U.S. citizen and a Christian convert has been imprisoned in Iran’s Evin Prison without notice of any formal charges while visiting his family in Iran.

The American pastor sentenced to eight years in Iran’s Evin prison is unaware of the groundswell of international support for him, and instead fears he’s been abandoned, according to relatives who met with him this week.

Saeed Abedini mentioned his doubt during a visit with relatives on Monday. It was a second time he was allowed to see members of his extended family since he was convicted. Abedini expressed apprehension and concern to his relatives about his fate and openly asked if there were international efforts to secure his freedom, according to advocacy group American Center for Law and Justice.

It is believed that Abedini’s downtrodden spirit is due to abuse and brain-washing techniques used by prison officials. “It is no surprise that the Iranian prison guards are engaging in this kind of psychological abuse. We know that Pastor Saeed is undergoing physical beatings and torture. And we know there is growing concern about his health,” Jordan Sekulow, executive director for ACLJ, told FoxNews.com. “Now, a troubling report that the guards are trying to take away his hope — by feeding him false information about his fate — trying to convince him that no one cares — that efforts to secure his freedom have ceased. This tactic is predictable, but also very tragic.”

“What the Iranian guards will never tell Pastor Saeed is that there’s a growing international network of support. … We continue to urge President Obama to personally call on Iran to release Pastor Saeed. And now that Secretary of State Kerry is on the job, it is time for him to follow through on earlier statements demanding that Iran release Pastor Saeed,” he added.

Abedini also has been unable to communicate with his wife, Nagameh, and their two children since being sentenced.

“When I heard this from my husband, I cried. It broke my heart. Behind those walls he feels helpless and relies on us to be his voice. It is so easy to feel forgotten in the walls of the prison. Please help me make sure he is never forgotten,” she said in a report posted on ACLJ’s website.

Abedini, a 32-year-old father of two, denied evangelizing in Iran and claims he had only returned to his native land to help establish an orphanage. Authorities pulled him off a bus last August and threw him into the notorious prison in Tehran.

The exact crimes he was accused of only became public late last month, when the prosecutor outlined charges that Abedini undermined the Iranian government by creating a network of Christian house churches and that he was attempting to sway Iranian youth away from Islam.

Supporters of Abedini believe the charges stem from his 2000 conversion to Christianity and his involvement several years ago with house churches in Iran.

Although Abedini’s lawyer has appealed the sentence, experts following the case think Abedini’s only chance at freedom lies with a grant of clemency from the religious clerics that rule Iran.