The latest readings on U.S. gross domestic product for the second quarter, saw the American economy contract at a slightly slower pace than was previously reported, but the data shows that it still remains in a technical recession.

An increase in interest rates caused by 41-year high inflation, curtailed U.S. consumer spending growth in the first half of 2022.

U.S. GDP shrank by 0.6 percent in the second quarter, below the initially reported 0.9 percent, according to the Bureau of Economic Analysis’s revised report released on Aug. 25.

The economy had already shrunk by 1.6 percent in the first quarter, the worst GDP figures since the height of the pandemic in the spring of 2020.

The positive changes in the revised report appear to have stemmed from new data on consumer spending, which was revised higher from 0.70 to 0.99 percent.

Consumer spending, which accounts for two-thirds of GDP, was followed by an increase in exports such as industrial supplies and materials, travel, and food services.

The revised personal consumption expenditure (PCE) index rose 7.1 percent in the second quarter, at the same rate as in the first, while the PCE core price index, which excludes food and energy, increased 4.4 percent, after growing 5.2 percent in the previous quarter.

Two-quarters of negative growth technically places the U.S. economy into the definition of a recession due to a “significant decline in economic activity that is spread across the economy and that lasts more than a few months,” according to the NBER. 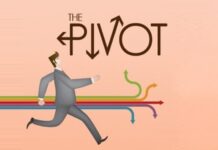 Chart of the Day: The Fed Pivot is Here – To Be Commanded By the UN? 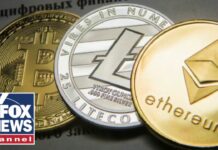