A member of the far-right Proud Boys texted his F.B.I. handler during the assault, but maintained the group had no plan in advance to enter the Capitol and disrupt the election certification.

As scores of Proud Boys made their way, chanting and shouting, toward the Capitol on Jan. 6, one member of the far-right group was busy texting a real-time account of the march.

The recipient was his F.B.I. handler.

In the middle of an unfolding melee that shook a pillar of American democracy — the peaceful transfer of power — the bureau had an informant in the crowd, providing an inside glimpse of the action, according to confidential records obtained by The New York Times. In the informant’s version of events, the Proud Boys, famous for their street fights, were largely following a pro-Trump mob consumed by a herd mentality rather than carrying out any type of preplanned attack.

After meeting his fellow Proud Boys at the Washington Monument that morning, the informant described his path to the Capitol grounds where he saw barriers knocked down and Trump supporters streaming into the building, the records show. At one point, his handler appeared not to grasp that the building had been breached, the records show, and asked the informant to keep him in the loop — especially if there was any violence.

The use of informants always presents law enforcement officials with difficult judgments about the credibility and completeness of the information they provide. In this case, the records obtained by The Times do not directly address whether the informant was in a good position to know about plans developed for Jan. 6 by the leadership of the Proud Boys, why he was cooperating, whether he could have missed indications of a plot or whether he could have deliberately misled the government.

But the records, and information from two people familiar with the matter, suggest that federal law enforcement had a far greater visibility into the assault on the Capitol, even as it was taking place, than was previously known.

At the same time, the new information is likely to complicate the government’s efforts to prove the high-profile conspiracy charges it has brought against several members of the Proud Boys.

The records describing the informant’s account of Jan. 6 — excerpts from his interviews and communications with the F.B.I. before, during and after the riot — dovetail with assertions made by defense lawyers who have argued that even though several Proud Boys broke into the Capitol, the group did not arrive in Washington with a preset plot to storm the building.

They also raise new questions about the performance of the F.B.I. in tracking the threat from far-right groups like the Proud Boys.

The records — provided to The Times on the condition that they not be directly quoted — show the F.B.I. was investigating at least two other participants in the rally on Jan. 6 and asked the informant to make contact with them, suggesting that they might be Proud Boys.

Moreover, the records indicate that F.B.I. officials in Washington were alerted in advance of the attack that the informant was traveling to the Capitol with several other Proud Boys.

The F.B.I. also had an additional informant with ties to another Proud Boys chapter that took part in the sacking of the Capitol, according to a person familiar with the matter, raising questions about the quality of the bureau’s informants and what sorts of questions they were being asked by their handlers before Jan. 6.

By Alan Feuer and Adam Goldman 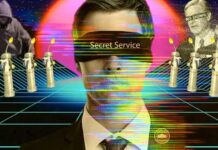 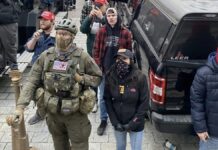