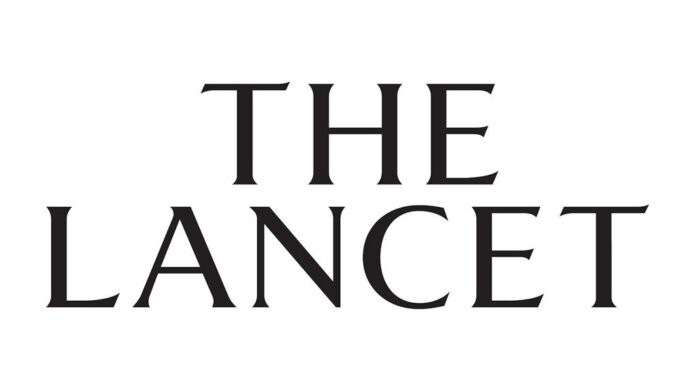 On July 5, 2021, a Correspondence was published in The Lancet called “Science, not speculation, is essential to determine how SARS-CoV-2 reached humans”.1 The letter recapitulates the arguments of an earlier letter (published in February, 2020) by the same authors,2 which claimed overwhelming support for the hypothesis that the novel coronavirus causing the COVID-19 pandemic originated in wildlife. The authors associated any alternative view with conspiracy theories by stating: “We stand together to strongly condemn conspiracy theories suggesting that COVID-19 does not have a natural origin”. The statement has imparted a silencing effect on the wider scientific debate, including among science journalists.3 The 2021 letter did not repeat the proposition that scientists open to alternative hypotheses were conspiracy theorists, but did state: “We believe the strongest clue from new, credible, and peer-reviewed evidence in the scientific literature is that the virus evolved in nature, while suggestions of a laboratory leak source of the pandemic remain without scientifically validated evidence that directly supports it in peer-reviewed scientific journals”. In fact, this argument could literally be reversed. As will be shown below, there is no direct support for the natural origin of SARS-CoV-2, and a laboratory-related accident is plausible.

There is so far no scientifically validated evidence that directly supports a natural origin. Among the references cited in the two letters by Calisher and colleagues,1,2 all but one simply show that SARS-CoV-2 is phylogenetically related to other betacoronaviruses. The fact that the causative agent of COVID-19 descends from a natural virus is widely accepted, but this does not explain how it came to infect humans. The question of the proximal origin of SARS-CoV-2— ie, the final virus and host before passage to humans—was expressly addressed in only one highly cited opinion piece, which supports the natural origin hypothesis,4 but suffers from a logical fallacy:5 it opposes two hypotheses—laboratory engineering versus zoonosis—wrongly implying that there are no other possible scenarios. The article then provides arguments against the laboratory engineering hypothesis, which are not conclusive for the following reasons. First, it assumes that the optimisation of the receptor binding domain for human ACE2 requires prior knowledge of the adaptive mutations, whereas selection in cell culture or animal models would lead to the same effect. Second, the absence of traces of reverse-engineering systems does not preclude genome editing, which is performed with so-called seamless techniques.6,7 Finally, the absence of a previously known backbone is not a proof, since researchers can work for several years on viruses before publishing their full genome (this was the case for RaTG13, the closest known virus, which was collected in 2013 and published in 2020).8 Based on these indirect and questionable arguments, the authors conclude in favour of a natural proximal origin. In the last part of the article, they briefly evoke selection during passage (ie, experiments aiming to test the capacity of a virus to infect cell cultures or model animals) and acknowledge the documented cases of laboratory escapes of SARS-CoV, but they dismiss this scenario, based on the argument that the strong similarity between receptor binding domains of SARS-CoV-2 and pangolins provides a more parsimonious explanation of the specific mutations. However, the pangolin hypothesis has since been abandoned,9–12 so the whole reasoning should be re-evaluated Although considerable evidence supports the natural origins of other outbreaks (eg, Nipah, MERS, and the 2002–04 SARS outbreak) direct evidence for a natural origin for SARS-CoV-2 is missing. After 19 months of investigations, the proximal progenitor of SARS-CoV-2 is still lacking. Neither the host pathway from bats to humans, nor the geographical route from Yunnan (where the viruses most closely related to SARS-CoV-2 have been sampled) to Wuhan (where the pandemic emerged) have been identified. More than 80 000 samples collected from Chinese wildlife sites and animal farms all proved negative.13 In addition, the international research community has no access to the sites, samples, or raw data. Although the Joint WHO-China Study concluded that the laboratory origin was “extremely unlikely”,13 WHO Director-General Tedros Adhanom Ghebreyesus declared that all hypotheses remained on the table including that of a laboratory leak.14

A research-related origin is plausible. Two questions need to be addressed: virus evolution and introduction into the human population. Since July, 2020, several peer-reviewed scientific papers have discussed the likelihood of a research-related origin of the virus. Some unusual features of the SARS-CoV-2 genome sequence suggest that they may have resulted from genetic engineering,15,16 an approach widely used in some virology labs.17 Alternatively, adaptation to humans might result from undirected laboratory selection during serial passage in cell cultures or laboratory animals,5,18,19 including humanised mice.20 Mice genetically modified to display the human receptor for entry of SARS-CoV-2 (ACE2) were used in research projects funded before the pandemic, to test the infectivity of different virus strains.21 Laboratory research also includes more targeted approaches such as gain-of-function experiments relying on chimeric viruses to test their potential to cross species barriers.17,22

A research-related contamination could result from contact with a natural virus during field collection, transportation from the field to a laboratory,23 characterisation of bats and bat viruses in a laboratory, or from a non-natural virus modified in a laboratory. There are well-documented cases of pathogen escapes from laboratories.24–27 Field collection, field survey, and in-laboratory research on potential pandemic pathogens require high-safety protections and a strong and transparent safety culture. However, experiments on SARS-related coronaviruses are routinely performed at biosafety level 2,22,28 which complies with the recommendations for viruses infecting non-human animals, but is inappropriate for experiments that might produce human-adapted viruses by effects of selection or oriented mutations.

Overwhelming evidence for either a zoonotic or research-related origin is lacking: the jury is still out. On the basis of the current scientific literature, complemented by our own analyses of coronavirus genomes and proteins,5,15,16,18,29,30 we hold that there is currently no compelling evidence to choose between a natural origin (ie, a virus that has evolved and been transmitted to humans solely via contact with wild or farmed animals) and a research-related origin (which might have occurred at sampling sites, during transportation or within the laboratory, and might have involved natural, selected, or engineered viruses).

An evidence-based, independent, and prejudice-free evaluation will require an international consultation of high-level experts with no conflicts of interest, from various disciplines and countries; the mandate will be to establish the different scenarios, and the associated hypotheses, and then to propose protocols, methods, and required data in order to elucidate the question of SARS-CoV-2’s origin. Beyond this issue, it is important to continue debating about the risk–benefit balance of current practices of field and laboratory research, including gain-of-function experiments, as well as the human activities contributing to zoonotic events.

Scientific journals should open their columns to in-depth analyses of all hypotheses. As scientists, we need to evaluate all hypotheses on a rational basis, and to weigh their likelihood based on facts and evidence, devoid of speculation concerning possible political impacts. Contrary to the first letter published in The Lancet by Calisher and colleagues,2 we do not think that scientists should promote “unity” (“We support the call from the Director-General of WHO to promote scientific evidence and unity over misinformation and conjecture”). As shown above, research-related hypotheses are not misinformation and conjecture. More importantly, science embraces alternative hypotheses, contradictory arguments, verification, refutability, and controversy. Departing from this principle risks establishing dogmas, abandoning the essence of science, and, even worse, paving the way for conspiracy theories. Instead, the scientific community should bring this debate to a place where it belongs: the columns of scientific journals.31,32

See All References in PDF below.

An Appeal for an objective, open, and transparent scientific debate about the origin of SARS-CoV-2 PDF