Anna Paulina Luna is a strong independent leader, earning her stripes by serving her country, not by serving herself. Raised by a single mother in Southern California’s low-income neighborhoods, Anna learned that she must work hard and be independent to succeed.

Anna Paulina Luna is running for election to the U.S. House of Representatives to represent Florida’s 13th Congressional District.

Anna Paulina Luna experienced firsthand the pitfalls of our veteran care policies after enemy combatants shot her husband in Afghanistan. As a strong advocate for veterans, Anna will fight to ensure that they get the care, appreciation, and honor deserved.

Anna Paulina Luna wants to end the corruption that plagues our system. She will support any ban on Congress or its employees becoming lobbyists to cash out after leaving office. She will also work to enact term limits for elected officials.

Anna Paulina Luna is determined to ensure our community continues to capitalize on the robust tourism economy. She will fight to protect our beaches, coastlines, and preserve our natural environment, without raising taxes.

Anna Paulina Luna will champion improvements to our current bridge and roadway systems through increased infrastructure and technology investment.

Anna Paulina Luna will fight to lower taxes and cut senseless regulations to create more jobs and boost the economy.

Anna Paulina Luna knows we must keep our communities safe to strengthen our economy and improve our quality of life. She will fight for law enforcement and first responders to have the resources they need to protect us and ensure that true bad actors are held accountable.

Anna Paulina Luna is committed to strengthening social security and Medicare for our seniors to ensure their viability over the long term. Anna will focus on driving down the cost of health care, including prescription drugs, to bring the cost of Medicare under control.

Anna believes people should decide for themselves what the best way to be protected from COVID is, and they should not be forced to get vaccinated. Everyone should talk to their doctor and decide what is best for themselves and their families.

Anna Paulina Luna is a strong independent leader, earning her stripes by serving her country, not by serving herself. Raised by a single mother in Southern California’s low-income neighborhoods, Anna learned that she must work hard and be independent to succeed.

Although never married, Anna’s mother and father separated when she was very young. Anna’s father suffered from severe drug addiction and, early on, had asked her mother to have an abortion. But Anna’s mother chose life.

As a result, Anna and her mother were on their own. During Anna’s childhood and teen years, her father struggled and spent time in and out of incarceration. Most of how her communication with him during these times was through letters to jail and collect calls. Her grandmother died of HIV/AIDS contracted from heroin use.

By age nine, Anna had experienced an armed robbery and survived. While Anna was on campus at one of the six high schools she attended, a fatal gang shooting occurred. Her young cousin was murdered while Anna was a teenager. And as a young adult, Anna was the victim of a home invasion.

These types of stories are all too common in America’s low-income, inner-city communities, like where Anna grew up.

Anna’s way out was joining the military. While serving in the United States Air Force, Anna met her husband, Andy. He is a Bronze Star recipient who earned a Purple Heart when enemy combatants shot him in Afghanistan. After recovering, Andy redeployed to fight ISIS in the Middle East.

After his injury, Anna and Andy became involved with several veteran-focused and veteran-led non-profit organizations, including one whose mission is to end child trafficking through rescue and recovery operations.

As she became more deeply involved in that work, Anna began to use her social media platform to speak out against the problem of human and child trafficking across the southern border. And she was shocked to be immediately be attacked as a racist and called “white-washed” due to her light skin – despite being a 2nd generation American and a descendent of Mexican immigrants on her mother and father’s side.

She resolved to speak out even more about the humanitarian crisis enabled by porous borders. And people began to take notice. 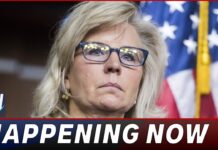 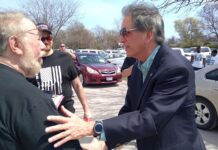 Conservatives in 9 States Call for Closed Primaries by 2024 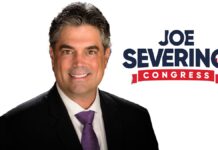