A New Chapter, a Noble Endeavor

Greetings, everyone! Welcome to West4Texas, our campaign website where you can stay in touch and support my quest to be the next governor of the Lone Star State. As promised, this is where you can continue to find our “Colonel’s Monday Message.”

Right now I am down on the border, and not just doing media photo ops and political rallies. I was out along the Rio Grande River, in the tough spots that you are not going to hear about. See, that is what leaders do, they get on the ground, with the troops, and see firsthand, and in the most dangerous conditions. And, why not, if we are asking our law enforcement to do it, then doggone I will stand with them, as well . . . and yes, while armed.

Our campaign for Governor of Texas is not about running against anyone. Instead, it is centered on establishing an impeccable standard of leadership that is laser-focused on serving you, and being for Texas. That is why our campaign tagline is “Defending the Texas Republic.”

What exactly does that mean?

Well, it is simple, and perhaps the delusional minds of progressive socialists cannot comprehend it. A republic is grounded in the principles of its rule of law, our Texas Constitution, and individual rights, such as freedom and liberty. That is what I will defend for you, the legal, law-abiding citizens of Texas. When I see this scourge of illegal immigration that is affecting the life, liberty, and security of Texans, this cannot be tolerated.

If you go to the issues section, you will see my solutions to the problems we are facing at our border. There are other issues I want to discuss with you, and, there will be more added to the site. Too often politicians try to make us believe something is “too complex” when in actuality, the solution is simple, just follow the rule of law.

I want y’all to understand a basic truth: this is not my campaign. This endeavor belongs to Texans. It belongs to the Texans who have asked me to consider embarking upon this journey, one we do together. This endeavor belongs to our children and grandchildren. You have my commitment to protect and preserve their future. This campaign is about putting Texans first . . . not illegal immigrants, not the insidious ideological agenda of the left.

This campaign is about you. That is the only reason I would re-enter the cesspool of politics, to honor my oath to support and defend the Constitution of these United States. And, to ensure that Texas remains the beacon of liberty and freedom that all of America, and indeed the world, sees it as.

As I once again traverse the state and break bread with y’all at Cracker Barrel, IHOP, Denny’s, and my favorite, Waffle House. — the real reason I work out so hard — I want to hear your concerns, thoughts, insights, and hopes. Being a “dreamer” is not just a talking point relegated to those brought here illegally. We are all dreamers, and I want to safeguard the dreams of liberty-minded, constitutional conservatives. Yes, let me make it clear, I will fight doggedly against progressive socialism, Marxism, Critical Race Theory, cancel culture, statism, and corporate/government cronyism.

My objective is to economically empower Texans, making them victors, not victims. So, if you prefer leftism, having males play on female sports teams, chemical and physical castration of our children, and murdering our unborn, don’t waste your breath attacking me, that will only embolden me in my stance.

There are those who say this is an uphill battle. Well, to them I say, David took on Goliath with a few small stones, but with immense faith. Thirteen small colonies took on the greatest power the world knew at that time. Texas won its independence by fighting one of the mightiest armies of the day. And, never forget, US Army paratroopers are always given the tough missions. We like it that way.

So, join with us and claim this noble endeavor as your very own. I humbly ask for your support, encouragement, prayers, and blessing. The focus for these first three months is on fundraising and conveying our message, “Defending the Texas Republic.” We look forward to having our grand opening of your West4Texas campaign headquarters here in North Texas in early September. We want y’all to decorate the headquarters, so we will be asking for items, from all over Texas, to remind us of the rugged and resilient individualism of Texas.

The American republic is in grave danger. We have wandered far from the guiding principles that established our nation and preserved our way of life for more than two centuries. Because Texas was once a republic, its citizens have a unique perspective on the preciousness of independence and the sacrifices that secured our freedoms. We cherish this exceptional system of government and recognize the imminent threats that can destroy what our Founders called “the great experiment” known as the United States of America.

For America to endure, every generation must safeguard our constitutional republic and representative democracy from misguided public policies and the destructive attitudes and actions of its enemies, foreign and domestic. To that end, we, as patriotic Texans and Americans, hereby reaffirm the timeless truths for which millions of freedom-loving men and women have devoted their lives, fortunes, and sacred honor to defend as the immutable core values that have made our country the city set upon a hill to the whole world.

​We, the people of Texas, believe that:

​Recognizing these fundamental rights and responsibilities, we invite all Americans to join us in renewing their commitment to these timeless truths and encouraging elected officials to embrace and defend these core values so that future generations will enjoy the freedom, peace, and prosperity our Founding Fathers envisioned long ago and for which millions have paid the ultimate sacrifice.

I, Lt. Col (Ret.) Allen B. West, do proudly affix my name to this document as my Contract to Defend the Texas Republic on this, the 4th of July, 2021.

My thanks Michael Wm. Schick for the work that he has done to craft this contract. 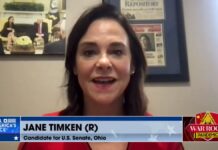 Fierce Throwdown In Ohio For Senate 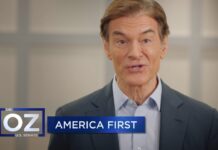 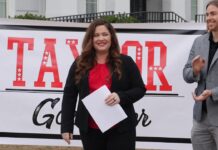 Kandiss Taylor For Governor of Georgia