Home Opinion Truth or Consequences Anything for Power: The Real Story of China’s Jiang Zemin – Introduction 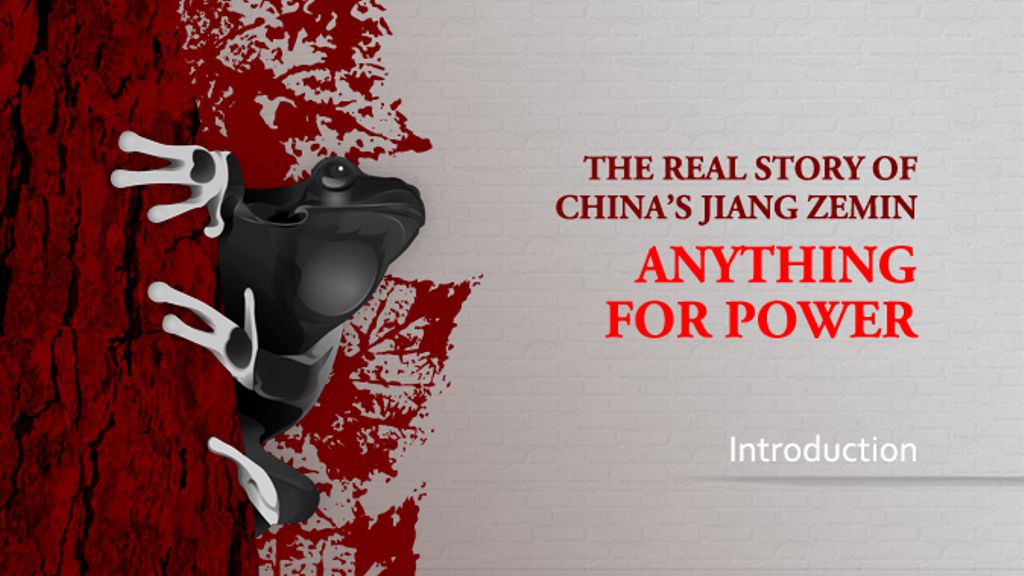 Former Chinese Communist Party leader Jiang Zemin died on Nov. 30. Jiang officially ran the Chinese regime for more than a decade, and for another decade he was the puppet master behind the scenes who often controlled events. During those decades Jiang did incalculable damage to China. Now that Jiang has died, The Epoch Times here republishes in serial form “Anything for Power: The Real Story of Jiang Zemin,” first published in English in 2011.

The full series is available here.

If it is fate that decides a person’s destiny, then it is also within the capacity of history’s design to arrange for a life to have shameful origins.

When Jiang Zemin attended talks with the Hubei provincial delegation during the Chinese Communist Party’s meeting of the People’s Congress on March 12, 2003, he said, “I was the director of the Wuhan Institute for Boiler Research from 1966 to 1970. That was during the Cultural Revolution… the rebel faction [sic] carefully examined my personal dossier. [1] That’s fine, as it proved that I have a clean record.”

Perhaps Jiang’s audience didn’t understand what his purpose was. Why would Jiang—the General Secretary of the Chinese Communist Party (CCP)—need to vindicate himself and his “clean record”?

The reason lies in Jiang’s personal history being questionable. His biological father, Jiang Shijun (also known as Jiang Guanqian), was a traitor who worked for the Japanese during their occupation of China. The university Jiang Zemin attended, Nanjing Central University, was in fact run by the Japanese occupation. He made up the lie that his uncle had adopted him, even though his uncle was actually deceased by that time. While in Russia for training, Jiang at one point indulged in an affair with a Russian woman and became a spy for the KGB. And this is only a small part of a much larger picture, for Jiang’s is a history full of ugly details. On what grounds could he lay claim to a “clean record”? When the “rebel faction” examined Jiang’s dossier they could not have known the tremendous troubles of Jiang’s past that were being hidden.