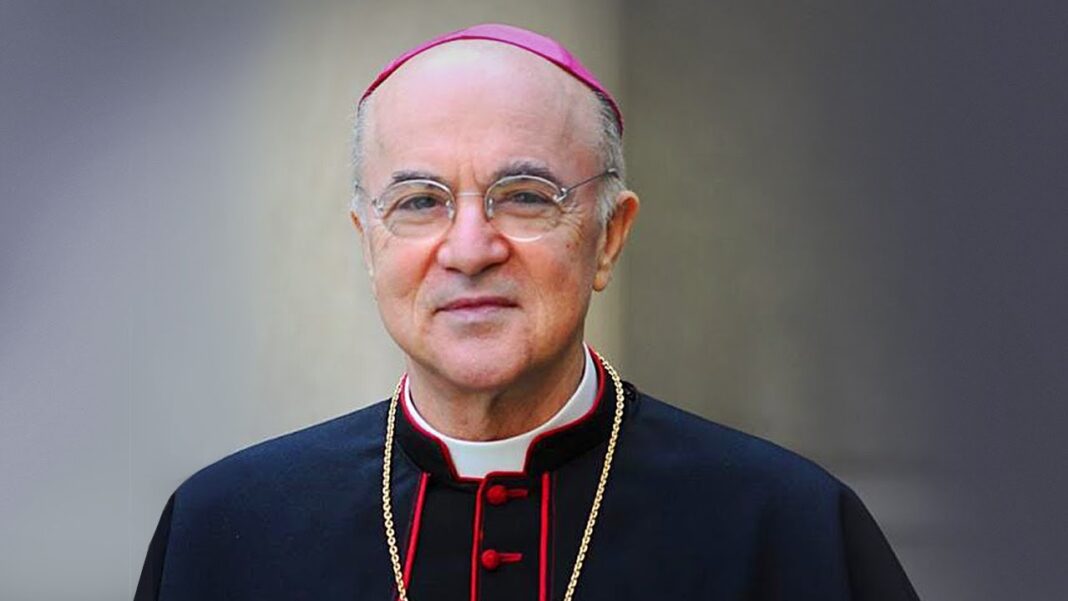 Prompted by a request from a prominent Jan. 6 defense attorney, Catholic Archbishop Carlo Maria Viganò has called for three days of fasting for the protection of more than 950 people arrested for alleged crimes at the U.S. Capitol, including dozens jailed for nearly two years in pretrial detention.

In a Dec. 31 letter, Viganò called on the faithful to fast on Jan. 3, 4, and 5 for the Jan. 6 defendants against “the subversive attack of the Deep State.”

“I hope that this initiative will find many adherents in a spirit of true reparation of the innumerable sins and grave betrayals committed,” Viganò wrote in a letter to attorney Joseph D. McBride, who represents a half-dozen Jan. 6 defendants and others subpoenaed by the House Jan. 6 Select Committee.

“May these three days of fasting in union with the Passion of Our Lord obtain from the Divine Majesty the victory of the children of light over the workers of iniquity,” Viganò wrote. “And may Mary Most Holy, terrible defeater of the infernal serpent, be able to accompany and protect us in this spiritual battle.”

McBride said he was inspired to write to Viganò because the 81-year-old prelate understands spiritual battle. Viganò is the titular archbishop of Ulpiana. He has been living in exile since 2018.

“I wrote the archbishop because he embodies the outspoken protective spirit of St. Michael the Archangel and is renowned for his condemnation of both the Deep State and the Deep Church,” McBride told The Epoch Times.

“And because his true devotion to the Blessed Virgin Mary and the Sacred Heart of Jesus profoundly inspires me,” McBride said. “It is, therefore, no surprise that his response brought me to my knees in gratitude and prayer—especially considering my sinfulness.”

McBride said the term “January Sixer” has been expanded “from those criminally charged for actually being at the Capitol on Jan. 6 to include those whose lives are being torn apart by the [House Select] Committee and now the DOJ for any connection to Jan. 6.”