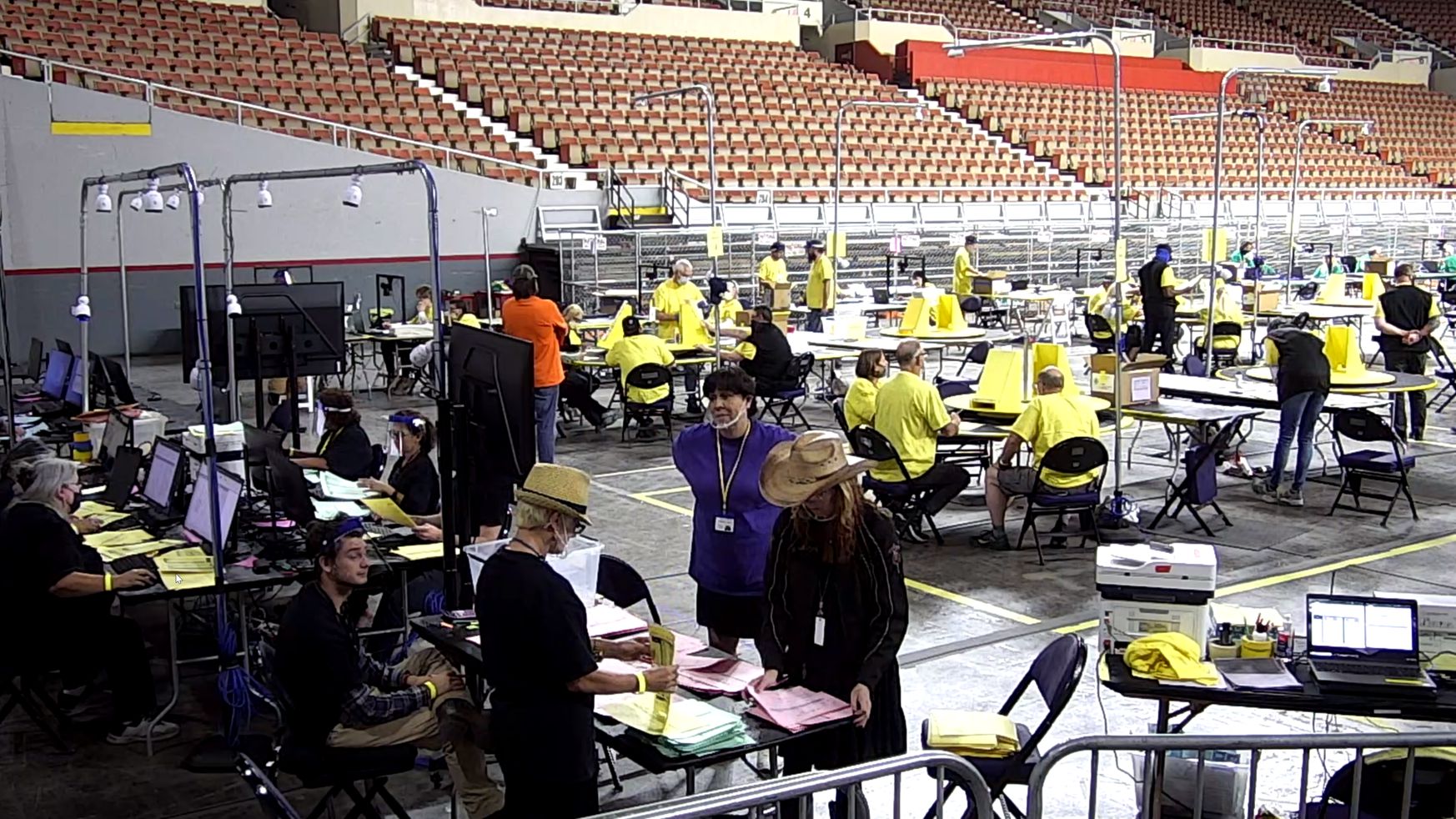 Arizona’s secretary of state on Thursday warned the state’s largest county not to try to use election machines that are being audited or she would decertify the equipment.

“I have grave concerns regarding the security and integrity of these machines, given that the chain of custody, a critical security tenet, has been compromised and election officials do not know what was done to the machines while under Cyber Ninjas’ control,” Arizona Secretary of State Katie Hobbs, a Democrat, wrote in a letter to Maricopa County officials.

Auditors hired by the Arizona Senate, including Cyber Ninjas, have been reviewing over 2 million ballots cast and 385 tabulators used in the 2020 election, along with other materials.

“We don’t turn on a system if it’s delivered to us in a powered-off state. We remove the hard drives, we perform forensics imaging with write blocks to prevent any changes to those hard drives, and we produce a bit for bit forensics copy of that particular drive,” Ben Cotton, founder of CyFIR, the company leading the technology component of the audit, told Arizona senators in a meeting this week.

Ken Bennett, the former Republican Arizona secretary of state who is serving as the liaison for the state Senate for the audit, added that immediately upon receiving the machines on April 21, 2021 the equipment and ballots were placed into locked cages and have been under armed guard the entire time since.

“We have not had any breaches of the cages where the ballots or the machines have been kept,” he said.

But Hobbs alleged that it is unclear what security procedures, if any, were put into place to secure the machines.