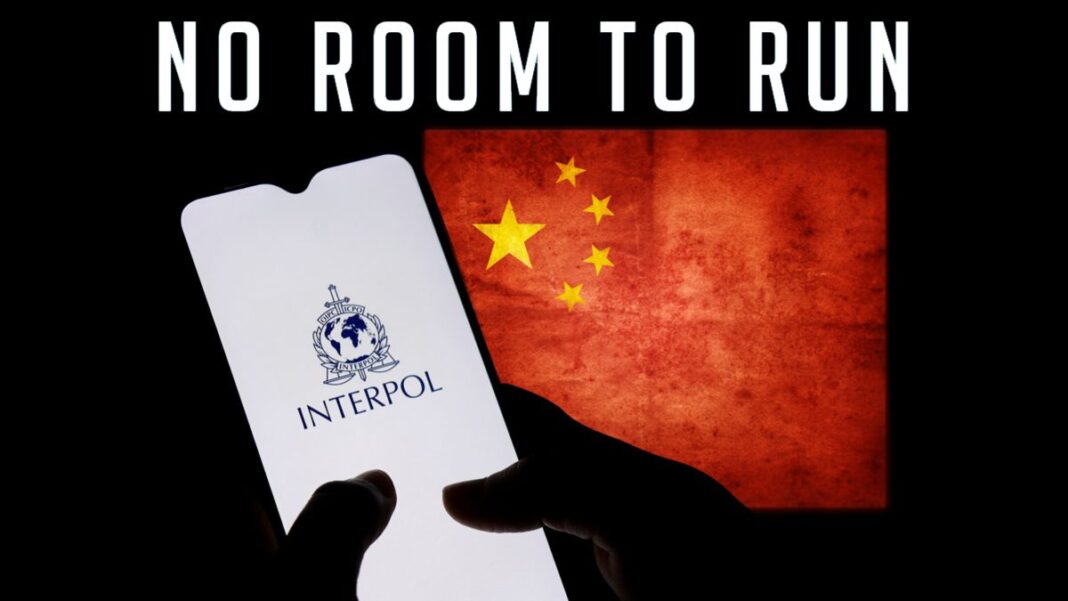 Global parliamentarians called on governments to revoke extradition treaties with China for fear the communist regime will use the international law enforcement body to chase down dissidents across borders, as China’s nominee won a key Interpol seat.

The International Criminal Police Organization (Interpol) on Nov.25 elected Hu Binchen, an official at China’s Ministry of Public Security, as an Asia delegate in its 13-member Executive Committee during Interpol’s annual General Assembly meeting in Istanbul.

Hu’s election gives the Chinese regime “a green light to continue using Interpol as a vehicle for its repressive policies globally and places thousands of Hong Kong, Uyghur, Tibetan, Taiwanese, and Chinese dissidents living abroad at even graver risk,” said the Inter-Parliamentary Alliance on China (IPAC) in a Thursday statement.

The Chinese regime has “repeatedly abused the INTERPOL Red Notice to persecute dissidents in exile,” according to the IPAC.

Fifty politicians of the group lodged their objections at Hu’s candidacy in a joint letter on Nov.15. They claimed that the Chinese regime sent Hu to continue expanding its “long arm of policing abroad,” citing a human rights advocacy group Safeguard Defenders’ report.

The report, titled “No Room to Run,” examines how the regime was refraining from making its Interpol Red Notice requests public, putting thousands of activists and dissidents at risk of arrest, detention, and extradition to China. According to the report released on Nov.15, the international cooperation department, in which Hu works as a senior official, is responsible for chasing down alleged fugitives overseas through legal or illegal means.

The international cross-party group of parliamentarians is now “deeply concerned” by Hu’s election,

“We reiterate our call for all governments to revoke extradition treaties with the PRC and Hong Kong,” IPAC said. “Activists, dissidents, and exiles living abroad must be protected from harassment and intimidation from the PRC authorities.”

Rights group Hong Kong Link president Gloria Fung expressed her concerns, in a previous interview with The Epoch Times, over Beijing’s misuse of the organization’s database after Hu’s election.

Safeguard Defenders director Peter Dahlin warned in a post on Thursday, saying, “a fox is now placed in charge of watching the sheep.”

#Breaking. China's #HuBinchen elected to @INTERPOL_HQ Executive Committee. A fox is now placed in charge of watching the sheep. A disgrace that will increase China's abuse, and which will undermine trust in #INTERPOL in general.https://t.co/Do3Cq3auTi

The former president of Interpol Meng Hongwei is currently serving a 13-year jail term in China. The senior Chinese security official vanished in 2018 during a home visit. Meng later reappeared in court and was accused of accepting bribes, though his wife, who was granted political asylum in France, denied the charge.

No Room To Run: China’s expanded mis(use) of INTERPOL since the rise of Xi Jinping Report PDF